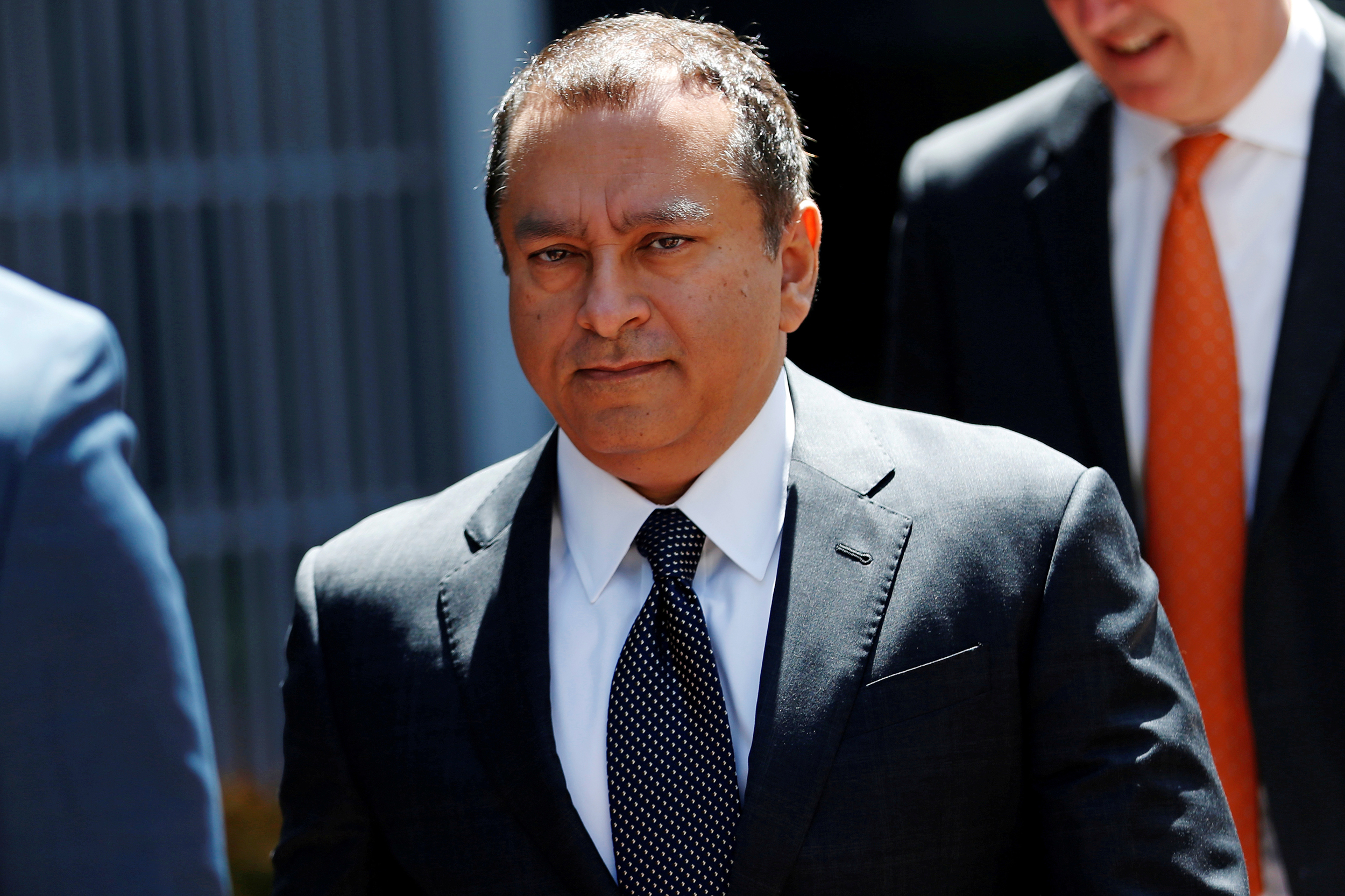 SAN JOSE, Calif.— Elizabeth Holmes testified Monday that being sexually assaulted while a student at Stanford drove her decision to drop out at 19 and devote herself to her failed blood-testing startup, Theranos.

“I was raped when I was at Stanford, and I decided to put myself into building Theranos,” the former CEO testified, through tears. “I wasn’t going to class, and I was questioning how I was going to process that experience. And I decided that I was going to build a life by building this company.”

The account, which comes as Holmes is testifying as part of her defense in a fraud case, kicked off a series of questions about Holmes’ relationship with her former boyfriend and COO Ramesh “Sunny” Balwani, a co-defendant in the fraud trial.

Holmes testified that Balwani, 20 years her senior, coached her to adopt a rigorous daily schedule, dictated how she should control her body movements and behave as a business person, and forced her to have sex with him, “because he said he wanted me to know that he still loved me.”

He has denied all allegations of abuse.

“Balwani told me that I didn’t know what I was doing in business and that my convictions were wrong, that he was astonished at my mediocrity and if I followed my instincts, I was going to fail,” she said.

“I needed to kill the person that I was, to become what he called ‘the new Elizabeth’ to become a successful entrepreneur,” Holmes testified.

Holmes said Balwani was controlling in their personal and professional relationships, reading aloud to the silent courtroom texts the pair exchanged.

“Now I can be yours. No question. Completely,” she texted back.

Balwani has rejected the accusations.

The testimony tied together two previously disparate narratives from her media coverage and trial testimony. One image was of Holmes as a strong, charismatic and demanding leader. The other, according to a motion filed by her defense counsel on the eve of the trial, as the victim of an abusive personal and professional partner.

Her defense attorney led her through questioning that distanced herself from blame for failed lab operations.

“Who was responsible for operational management of the lab?” defense attorney Kevin Downey asked.

“Sunny Balwani,” Holmes said. He oversaw all the “business parts” of the lab, she testified, adding that clinical and scientific decisions were the purview of the lab director.

Taking direct aim at one of the major themes repeatedly raised by the prosecution, Holmes contradicted previous witnesses and said she never claimed that miniaturized Theranos diagnostics equipment was being used on military helicopters in live battlefield operations.

Theranos had signed a contract with the Army to perform a limited test, but the company was never able to complete a device to their specifications in time, Holmes testified.

Holmes said that she had been “trying to convey we were doing a lot of work on developing this new device for use on medevacs,” but never outright said they says were being used as such.

Investors such as the DeVos family office, the founder of a biotech investment firm, and a private investor who put in $6 million of his and his family’s money testified that Holmes’ remarks about doing business with the military were factors in their decision to invest millions.

“They told us that the technology had been used in the battlefield on medevacs, for example, and that getting diagnostic information to medical personnel in that setting was a matter of life and death,” said Brian Grossman, the founder partner of PFM Health Sciences, an experienced biotech investment firm, which invested $96 million Theranos.

Holmes said “they were using them on military helicopters,” Lisa Peterson, a representative for the DeVos family office, testified in mid-October. The DeVos family invested $100 million in Theranos.

Last week, Holmes revealed that she was the individual at Theranos who added pharmaceutical company logos to the company’s lab reports.

Investors have testified that these logos made them think the reports were endorsed by the pharmaceutical companies and weighed heavily on their decision to invest.

Holmes faces 11 counts of fraud and is accused of lying to patients, doctors, and investors about the capabilities of her company’s blood-testing technology. While portraying her proprietary devices as capable of running every commercially available test, they were in fact never able to do more than a dozen, Holmes testified. And she never disclosed that the bulk of the tests were being done on modified third-party testing equipment, the very machines her company was designed to disrupt.

The prosecution must prove that Holmes had an intent to defraud. The defense wrapped up the former CEO’s testimony by asking whether she ever cashed out.

“Did you ever sell a share of your stock in Theranos?” her attorney asked.

“I did not,” Holmes said. When asked to explain, she said, “I didn’t want to. I believed in the company and wanted to put everything I had into it.”

Pre-trial motions for her co-defendant, Balwani, are scheduled to begin Dec. 16.