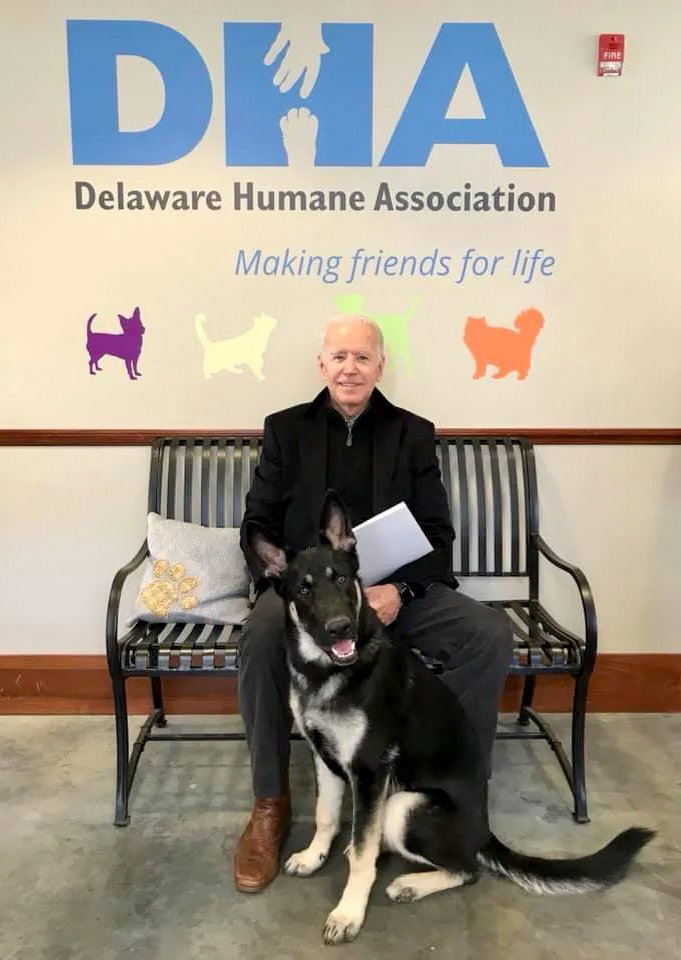 The Biden family dog was a bit more of a problem pooch than the White House initially acknowledged, according to Secret Service emails obtained by the conservative legal group Judicial Watch.

The White House said at the end of March that Major, the Bidens’ 3-year-old German shepherd, was involved in a pair of “nipping” incidents, but the emails show he was involved in several more.

“At the current rate an Agent or Officer has been bitten every day this week (3/1-3/8) causing damage to attire or bruising/punctures to the skin,” one of the emails said.

When asked on Friday why the administration had provided reporters with a misleading account of the dog’s difficulties, White House press secretary Jen Psaki sidestepped the question.

“As we’ve stated previously, Major has had some challenges adjusting to life in the White House. He has been receiving additional training as well as spending some time in Delaware where the environment is more familiar to him and he is more comfortable. I don’t have any additional specifics but I think that speaks to where Major is located, to be fully transparent in your ongoing interest in the dog,” Psaki said.

The emails were released after Judicial Watch filed a Freedom of Information Act lawsuit against the Dept. of Homeland Security earlier this year. The group is best known for lengthy legal battles seeking information about Hillary Clinton’s emails, the Clinton Foundation and the 2012 attack on the U.S. consulate in Benghazi, Libya.

Major’s problems appear to have started at the end of February, a month after Biden took office, when the first family was in Delaware.

“This weekend in Wilmington, there were 3 minor incidents where Major nipped/ brushed up and nudged” agents, a March 1 email recounted while also offering safety advice.

“Panicking or running with only embolden animals so stand your ground and protect your hands/fingers by placing them in your pockets or behind your back,” the email warned.

Another email to agents on the same date warned Major “is not always predictable. Be careful.”

Emails show he nipped an agent on March 3rd, and a visitor to the residence staff on March 5th.

The March 5 incident led to a “Who’s on first?“-style back and forth between agents.

After seeing a report of a dog bite, an agent asked, “Was it Major?” The other agent responds, “Minor. Did break the skin.” The first agent then explains he was referring to the dog. The second agent responds, “Dog: Major. Injury: Minor.”

The emails also recounted a March 6 incident where Major “attempted to bite” an agent. “He didn’t make contact with agent’s skin, but did bite a hole through his overcoat,” the email said.

Major was one of two presidential pooches at the time. The Biden’s other German shepherd, Champ, died in June at age 13.

Michael LaRosa, the press secretary for Jill Biden, said in a statement to NBC News that Major has been “spending more time in Delaware” while undergoing additional training, but suggested he’s not banned from the White House.

“Major may come and go to Delaware, as the First Family often does as well,” he said.

Despite his issues, both the president and first lady have made clear that Major is a beloved member of the family. “He’s a sweet dog,” the president said earlier this year.

Franklin Roosevelt also had a German shepherd named Major that didn’t take well to life in the White House. That Major wound up being banished to the Roosevelt home in Hyde Park, N.Y. after biting incidents that involved the British prime minister and the first woman elected to the U.S. Senate, Hattie Caraway.

Lauren Egan is a White House reporter for NBC News based in Washington.