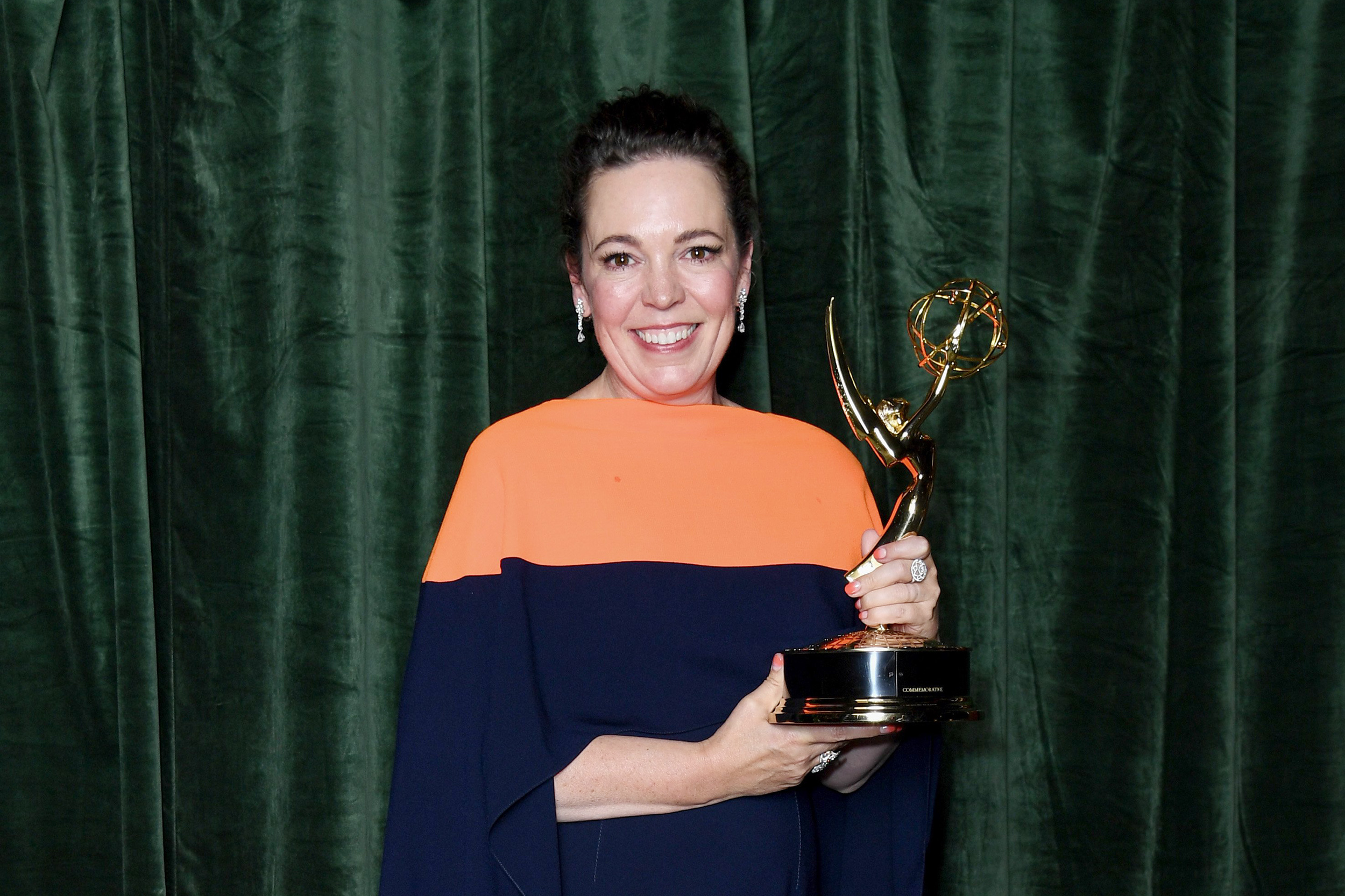 When the Television Academy behind the Emmy Awards likes something, they really, really like it. This is the group that famously nominated Kelsey Grammer for lead actor in a comedy for almost a consecutive decade and handed the entire comedy category to “Schitt’s Creek” last year in a historic rout. This year, after the Emmys clocked its lowest audiences in history, the awards show returned with a new look, a new tone — and a lot of the same old results. There were far too many wins for the most familiar fare, including handing the entire drama category over to “The Crown,” Netflix’s big-budget fictionalization of the reign of the United Kingdom’s current monarch, Queen Elizabeth II.

The dullest, ironically, was in the category of drama. All seven wins were handed wholesale to the crew behind “The Crown.”

After last year’s flop of a Zoom call that could have been an email, the Emmy Awards were determined to stage a makeover. So the organizers indulged in the fine Hollywood tradition of stealing the other guy’s idea, with a “dinner table floor plan” straight out of the Golden Globes and stars consuming alcohol on camera to give a more relaxed feel. The awards were mainly given out from a stage in the round that caught A-listers in the background, proving most of them were actually in the building this time.

But the smartest choice in this grand reinvention was a reconfigured order for announcing the winners. Previous years have led off with awards grouped by their categories: comedy, variety, reality, limited series and drama. On paper, that sounds practical, but in practice, it’s dull. If the same show wins across multiple categories, the same people get up over and over in a row. And this “if” is less a hypothetical than a staple of Emmys evenings.

This year’s massive effort to shake things up saw supporting awards handed out up front and lead actor and actress awards pushed to the end. But the actual voting outcomes weren’t any different. Other than one or two surprises for HBO Max’s “Hacks,” the early comedy nods all went to “Ted Lasso,” a perfectly lovely series that makes for perfect comfort TV during pandemic times, but not one that needed to win in every category. Variety was dominated again by “Last Week Tonight with John Oliver,” with limited series nods divided almost equally between two shows: HBO’s “Mare of Easttown” and Netflix’s “The Queen’s Gambit.” It was wall to wall white winners telling stories about white people.

The dullest, ironically, was in the category of drama. All seven wins were handed wholesale to the crew behind “The Crown.” The reasoning by the academy was obvious. The high-profile series turns over its cast every two years, making this the last chance by the Emmys to recognize this lineup, an A-list crowd led by Academy Award winner Olivia Colman as Elizabeth. Moreover, this past season was the first time the critics’ favorite moved beyond being a staid PBS-style period piece to being embraced by mainstream viewers, with Emma Corrin’s Diana turning the series into a referendum on the palace’s decision to marry her to Charles nearly 25 years after her passing.

As with “Ted Lasso,” the Emmys overdid it, and at the expense of far riskier and better fare. The redundant wins were also an unfortunate reminder the Emmys were still partially virtual, as “The Crown” nominees attended remotely from their pub back home. Though the new format put limited series at the very end, so their wins didn’t cap off the end of the night, it didn’t make the decision to hand them every award any less repetitive.

It was hard not to notice the shows that lost out to “The Crown” were the ones the Emmys claimed made this year so diverse. “Lovecraft Country” was a fascinating experiment that mixed horror, race and fantasy together in new and interesting ways, but all its nominees lost out. Moreover, a win for its supporting actor nominee, the late Michael K. Williams, could have made for a major TV moment. Instead, Tobias Menzies took the award home for his turn as Prince Philip.

The biggest snub of the night was the passing over of MJ Rodriguez from “Pose.” As the first transgender actress to ever be nominated for lead actress, her inclusion in the category was historic. Seeing her rejected in favor of yet another award for “The Crown” felt like a slap. You could literally feel the air go out of the room as the cameras cut back yet again to the Brits drinking it up at 4 a.m. U.K. time.

The academy did honor Michaela Coel for her groundbreaking look at sexual assault in “I May Destroy You,” but wins like hers (which came for writing) were few and far between. Amazon’s remarkable series “The Underground Railroad” was completely snubbed, and “Hamilton” only managed to snag one win. It was shocking watching, in categories where three or four of the six nominees were artists of color, “The Crown” or “Ted Lasso” win over and over and over.

The Emmy Awards may have given themselves a facelift, and now claim to be diverse, but the predictability of the awards, rewarding the same white shows and white actors every year, belies their stance. Until the Television Academy is willing to consider a wider range of top shows, and give awards to groundbreaking series, the changes are only surface deep. The show may have announced that, after last year’s Zoom session, the Emmys are “back, baby.” But the ratings will probably demonstrate that the audience didn’t rejoin them, for good reason.