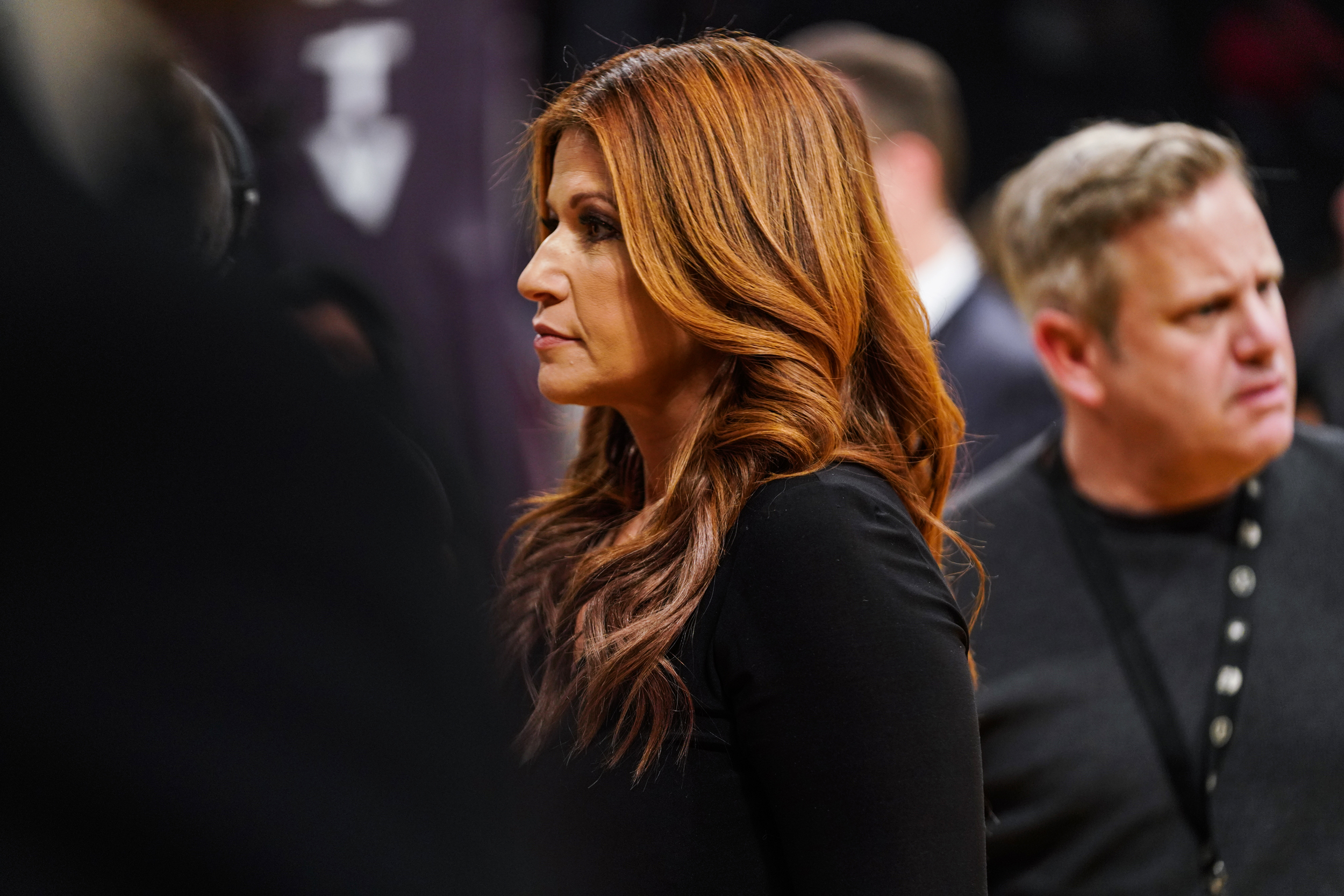 ESPN broadcaster Rachel Nichols will not be a sideline reporter for this year’s NBA Finals, the network announced Tuesday.

The finals begin Tuesday night between the Phoenix Suns and Milwaukee Bucks and will be broadcast by ABC. It was expected that Nichols would return this year to work the sidelines as she did last year, but ESPN said in a press release that the role is instead going to reporter Malika Andrews.

Nichols will continue to host “The Jump,” the network said, and Maria Taylor will return as the pre-game and halftime host, alongside analysts Jalen Rose and Jay Williams and reporter Adrian Wojnarowski.

Nichols’ departure comes a day after she apologized over comments she made in a leaked phone call suggesting that Taylor, who is Black, was picked to host last year’s Finals because the network was under pressure to address its “crappy longtime record on diversity.”

“We believe this is best decision for all concerned in order to keep the focus on the NBA Finals,” Ben Cafardo, ESPN’s senior director of communications, told NBC News in a statement about Nichols not returning to the sideline.

Her apology came after The New York Times published an article highlighting tensions at the sports network in the wake of a July 2020 phone conversation that Nichols unintentionally recorded on a camera that feeds video to the company’s control room.

In an excerpt of the call published by The Times, Nichols is venting about her colleague, Maria Taylor, being selected to host the 2020 NBA Finals coverage. Nichols, who is white, had expected to host the coverage and was instead asked to be a sideline reporter.

“Guess what that would clear the way for? For Maria to do the hosting full time,” she says. “I wish Maria Taylor all the success in the world — she covers football, she covers basketball. If you need to give her more things to do because you are feeling pressure about your crappy longtime record on diversity — which, by the way, I know personally from the female side of it — like, go for it. Just find it somewhere else. You are not going to find it from me or taking my thing away.”

On Monday, Nichols, who hosts ESPN’s “The Jump,” kicked off the daily NBA show by saying how “deeply sorry” she was for “disappointing” Taylor.

“So the first thing they teach you in journalism school is don’t be the story. And I don’t plan to break that rule today or distract from a fantastic Finals but I also don’t want to let this moment pass without saying how much I respect, how much I value our colleagues here at ESPN,” she said. “How deeply, deeply sorry I am for disappointing those I hurt, particularly Maria Taylor, and how grateful I am to be a part of this outstanding team.”

Taylor has not publicly commented on The Times’ article or Nichols’ apology. ESPN did not immediately return a request for comment on Tuesday.

According to The New York Times, Nichols was on the phone with Adam Mendelsohn, LeBron James’ adviser, and James’ agent, Rich Paul, when she made the comments. Mendelsohn addressed the leaked audio after he was criticized for saying on the call that he was “exhausted” by the Me Too and Black Lives Matter movements.

“I made a stupid, careless comment rooted in privilege and I am sincerely sorry. I shouldn’t have said it or even thought it,” Mendelsohn said in an email to CNBC. “I work to support these movements and know that the people affected by these issues never get to be exhausted or have nothing left. I have to continue to check my privilege and work to be a better ally.”

The Times reported that the audio — which was recorded on a cellphone from ESPN’s control room and then shared with others — led to a firestorm that resulted in some of the network’s personalities taking sides.

Josh Krulewitz, an ESPN spokesman, told the newspaper that the incident was addressed “appropriately” by a “diverse group of executives.”

“We’re proud of the coverage we continue to produce, and our focus will remain on Maria, Rachel and the rest of the talented team collectively serving NBA fans,” Krulewitz said.