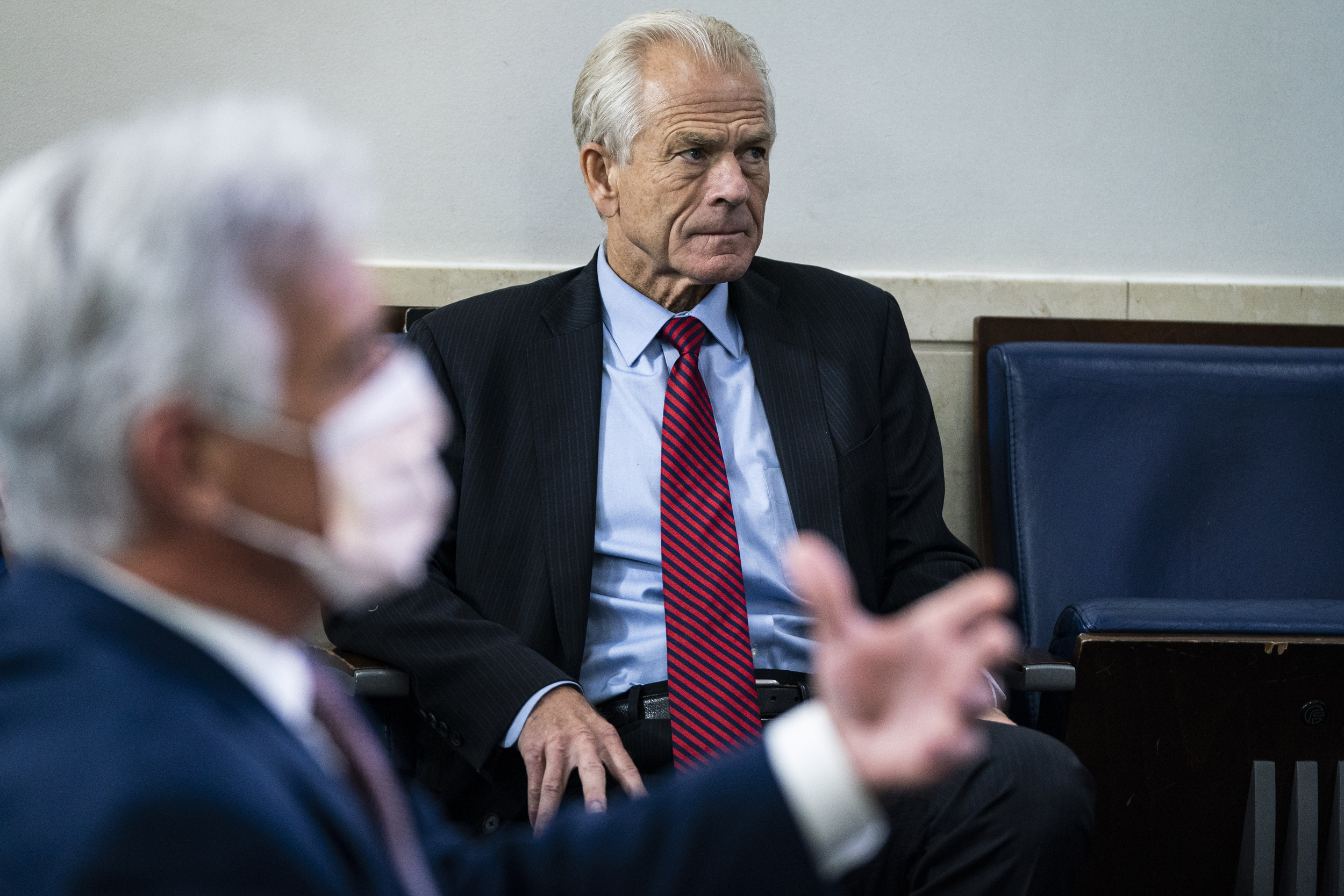 Former Trump economic adviser Peter Navarro said he has been subpoenaed to testify before a federal grand jury this week and turn over documents related to the Jan. 6 riot, including “any communications with formal President Trump and/or his counsel or representative.”

Navarro made the claim in a draft copy of a lawsuit he’s planning to file this week against the House committee investigating the attack on the U.S. Capitol. The draft, which Navarro shared with NBC News, says the committee’s own subpoena to him is “unlawful and unenforceable” and should be thrown out by a judge.

The House voted to refer Navarro to the Department of Justice on a criminal contempt of Congress charge last month after he snubbed the House committee’s subpoena for testimony and documents.

In his 88-page draft lawsuit, first reported by The New York Times, Navarro said that last week “two FBI special agents banged loudly on my door in the early morning hours to present me with a fruit of the poisonous tree grand jury subpoena” commanding that he testify before and hand documents over to a grand jury on Thursday.

Because the federal subpoena is based on the House subpoena, Navarro argues it’s tainted and should be thrown out by the judge as well. He did not immediately respond when asked if he would comply with the grand jury subpoena.

Among Navarro’s legal arguments in the filing is that he can’t be compelled to speak because former President Donald Trump has not waived executive privilege about their communications. That argument has been mocked by members of the House panel, who’ve noted that Navarro  has publicly boasted about plans to upend the 2020 election results, and even published a book last year in which he referred to the plan as the ‘‘Green Bay Sweep.’’ Navarro said his strategy “was designed as the ‘last, best chance to snatch a stolen election from the Democrats’ jaws of deceit.’’’

Navarro said the plan was to have lawmakers on Capitol Hill debate the electoral results from six swing states in the hope of having Congress declare the results to be in dispute. That would set the stage for the House to select the president based on each congressional delegation getting one vote. Since Republicans controlled more state delegations than Democrats, Navarro’s plan assumed that Trump would receive a second term in office. Navarro has said that Trump was “on board with the strategy.”