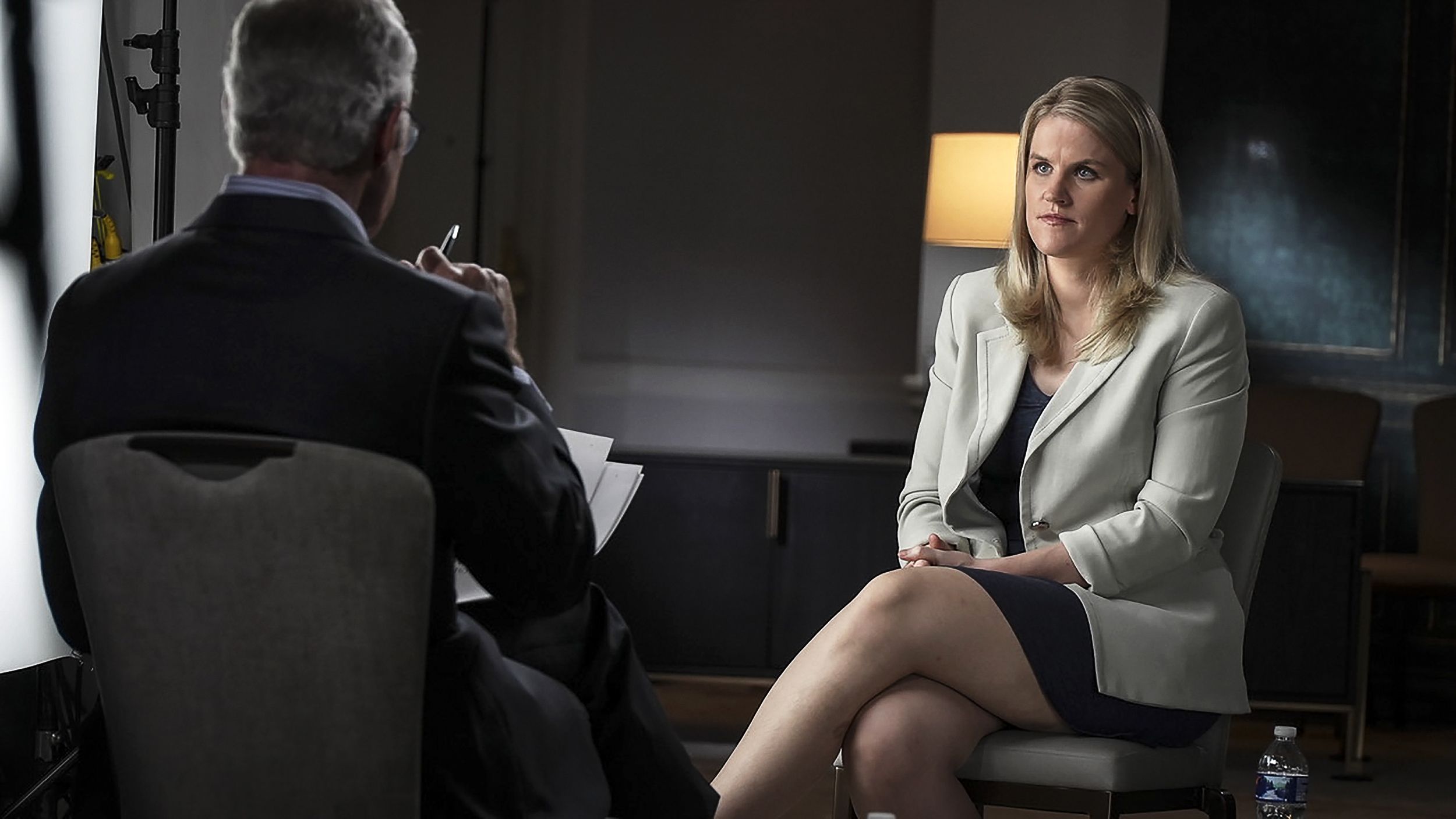 “I believe that Facebook’s products harm children, stoke division, weaken our democracy and much more,” she said to the Senate Commerce Subcommittee on Consumer Protection.

Haugen, 37, a former product manager on Facebook’s civic misinformation team, said that effective regulation of Facebook would need to start with transparency, including allowing “full access to data for research not directed by Facebook.”

The hearing largely focused on the company’s impact on children and protecting kids who use online platforms. The senators’ questions indicated bipartisan agreement that the content teenagers see is problematic and additional regulations are needed.

The top Republican on the subcommittee, Sen. Marsha Blackburn of Tennessee, said that Facebook turned a blind eye to children on its sites. “It is clear that Facebook prioritizes profit over the well-being of children and all users.”

On Monday, Facebook had a massive outage that knocked out service to the social media giant’s platforms for users around the world.

Haugen said in her opening statement: “I don’t know why it went down. I know that for more than five hours Facebook wasn’t used to deepen divides, destabilize democracies and make young girls and women feel bad about their bodies.”

Haugen argued that allowing outside entities to see Facebook’s data would help combat much of the problems that the social platform creates. External researchers would allow for regulators to build “sensible rules and standards to address consumer harms, illegal content, data protection, anticompetitive practices, algorithmic systems and more,” she said.

“As long as Facebook is operating in the dark, it is accountable to no one,” she said. Haugen previously worked at Google, Pinterest and Yelp.

Facebook needs an opportunity for Congress to step in and for them to declare “moral bankruptcy,” said Haugen.

“We have financial bankruptcy because we value people’s lives more than we value money. Facebook is stuck in a feedback loop they can not get out of. Hiding this information because they feel trapped. They need to admit they did something wrong and they need to help solve these problems. That’s what moral bankruptcy is,” she said.

“Facebook says one thing and does another,” Sen. Ed Markey, D-Mass., said at the hearing. “Facebook’s platforms are not safe for young people, as you said,” he said, referring to Haugen. “Facebook is like Big Tobacco, enticing kids with that first cigarette.”

The hearing Tuesday, and one last week at which senators questioned Facebook’s head of safety, Antigone Davis, were called after The Wall Street Journal reported on leaked internal research that appeared to identify Instagram’s negative effects on children and teens’ mental health.

“The recent revelations about Facebook’s mental health effects on children and its plan to target younger audiences are indeed disturbing,” said Sen. Roger Wicker, R-Miss., at the start of the hearing on Tuesday.

Facebook said the Journal mischaracterized the findings, according to a blog post released 12 days after the article was published.

Prior to the hearing last week, Facebook said it would pause development of a version of Instagram aimed at children following mounting criticism from child safety groups and lawmakers.

Huagen “did not work on child safety or Instagram or research these issues and has no direct knowledge of the topic from her work at Facebook,” Stone said in a tweet as the hearing was ongoing.

Stone posted another statement from Facebook’s director of policy communications, Lena Pietsch, who sought to undermine Haugen’s creditability, arguing while at the company she did not have any direct reports and “never attended a decision-point meeting with C-Level executives.”

“We don’t agree with her characterization of the many issues she testified about,” said Pietsch.

Haugen also referred to the actions the platform took surrounding Jan. 6, the day of the riot at the U.S. Capitol.

“Facebook has been emphasizing a false choice. They said safeguards that were put in place [ahead of the 2020 election] implicated free speech. But the choices that were happening on the platform were about how reactive and twitchy was the platform, how viral was the platform,” said Huagen.

Facebook changed the safety defaults in the run up to the election, she said, “because they knew they were dangerous and then returned them to their original defaults. They had to break the glass on Jan. 6 and turn them back on, and I think that’s deeply problematic.”

When asked by Sen. Todd Young, R-Ind., if breaking up Facebook would solve any of the issues discussed at the hearing Haugen responded she was against the breaking up of the platform.

“If you split Facebook and Instagram apart it’s likely that most advertising dollars will go to Instagram and Facebook will continue to be this Frankenstein that is endangering lives around the world only now there won’t be money to fund it,” said Haugen.

“So I think oversight and regulatory oversight and finding solutions with Congress is going to be key because these systems are going to continue to exist and be dangerous even if broken up.”