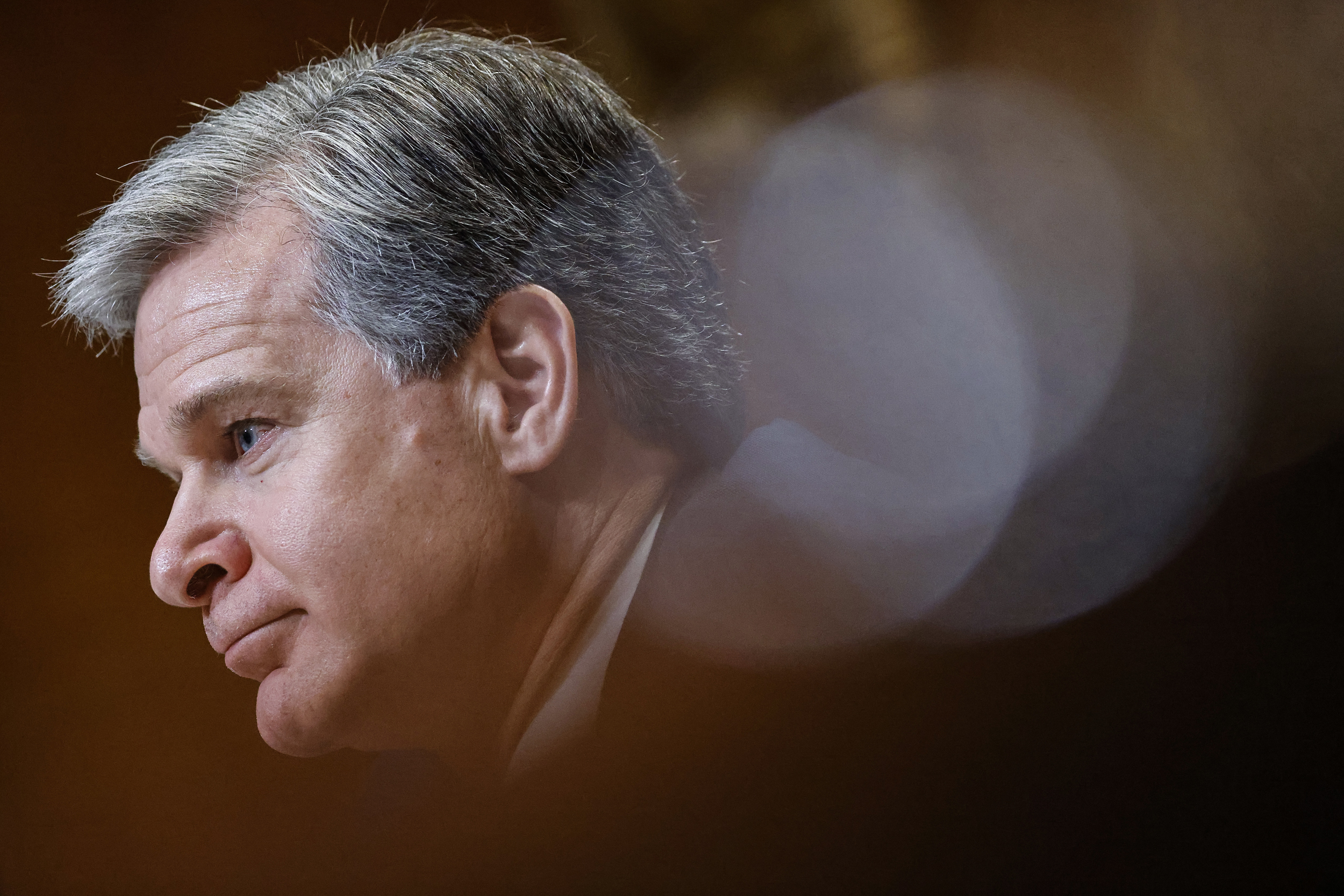 The FBI thwarted a planned cyberattack on a children’s hospital in Boston that was to have been carried out by hackers sponsored by the Iranian government, FBI Director Christopher Wray said Wednesday.

Wray told a Boston College cybersecurity conference that his agents learned of the planned digital attack from an unspecified intelligence partner and got Boston Children’s Hospital the information it needed last summer to block what would have been “one of the most despicable cyberattacks I’ve seen.”

“And quick actions by everyone involved, especially at the hospital, protected both the network and the sick kids who depended on it,” Wray said.

The FBI chief recounted that anecdote in a broader speech about ongoing cyber threats from Russia, China and Iran and the need for partnerships between the U.S. government and the private sector.

He said the bureau and Boston Children’s Hospital had worked closely together after a hacktivist attacked the hospital’s computer network in 2014. Martin Gottesfeld launched a cyberattack at the hospital to protest the care of a teenager at the center of a high-profile custody battle and later was sentenced to 10 years in prison. The attack against the hospital and a treatment home cost the facilities tens of thousands of dollars and disrupted operations for days.

“Children’s and our Boston office already knew each other well — before the attack from Iran — and that made a difference,” Wray said.

He did not ascribe a particular motive to the planned attack on the hospital, but he noted that Iran and other countries have been hiring cyber mercenaries to conduct attacks on their behalf.

Joseph Bonavolonta, the special agent in charge for the FBI’s Boston division, said the information was classified at such a level that they weren’t able to share the specifics with Boston Children’s right away.

“We had to get a little creative in the short term,” Bonavolonta said.

FBI agents assembled previously issued bulletins that focused on the threat from this group generally and immediately shared them with the hospital, he said. That gave hospital officials a good overview of what they were facing even if it wasn’t the latest intelligence.

Then, over a few days, the FBI was able to declassify some information and provide the hospital with more granular details, Bonavolonta said.

“We found a way to use previously disseminated reports to get that information out,” Bonavolonta added. “It was literally real time.”

When it comes to Russia, Wray said, the FBI is “racing” to warn potential targets about preparatory actions that hackers are taking toward destructive attacks. In March, for instance, the FBI warned that it was seeing increased interest by hackers in energy companies since the start of Russia’s war against Ukraine.

Hackers from China, meanwhile, have stolen more corporate and personal data from Americans than all other nations combined as part of a broader geopolitical goal to “lie, cheat and steal,” Wray said.

The speech took place as the FBI continues to combat ransomware attacks from criminal gangs, an ongoing concern for U.S. officials despite the absence of crippling intrusions in recent months.

Wray emphasized the need for private companies to work with the FBI to thwart ransomware gangs and nation-state hackers, adding that building those relationships is a key to success.

“What these partnerships let us do is hit our adversaries at every point — from the victims’ networks, back all the way to the hackers’ own computers,” Wray said.

The FBI and other federal agencies have been working to assure hacking victims that it is in their best interest to report intrusions and cyber crimes. Many companies attacked by ransomware gangs often don’t go to the FBI for a variety of reasons.

U.S. Sen. Rob Portman, a Republican from Ohio and the ranking member of the Senate Homeland Security and Governmental Affairs Committee, issued a report earlier this year critical of the FBI’s response to some ransomware victims. In two cases, the FBI “prioritized its investigative and prosecutorial efforts to disrupt attacker operations over victims’ need to protect data and mitigate damage,” the report said.

One unnamed Fortune 500 company told committee staff that the FBI did not offer any “helpful assistance” when responding to a ransomware attack.

“For example, the FBI offered their hostage negotiator who appeared to have little expertise in responding to ransomware attacks,” the report said.

Wray, though, touted the FBI’s capacity to get a technically trained agent to any victimized company in an hour — “and we use it a lot.”