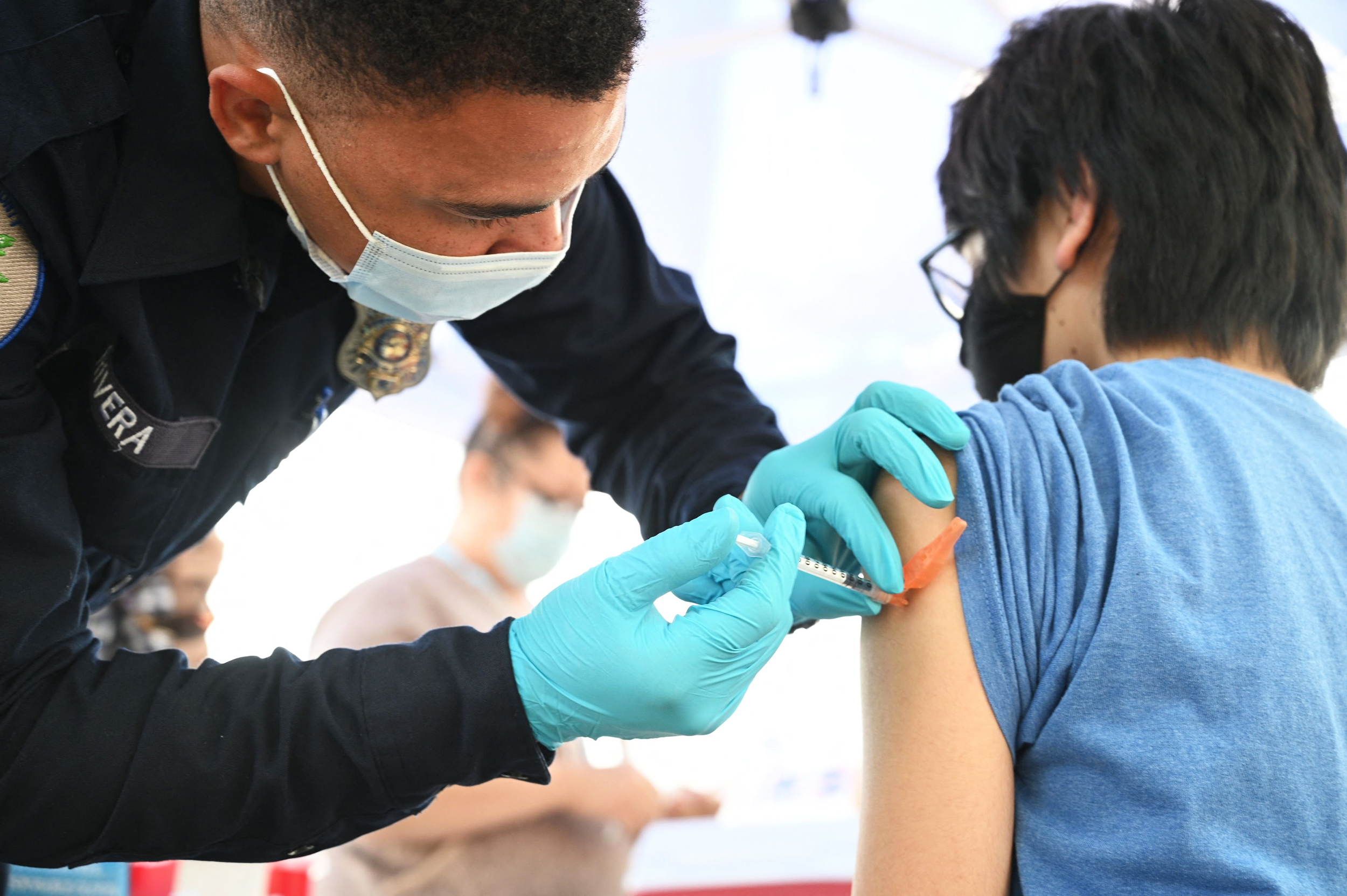 As of last week, in spite of an extremely high level of confidence among policy officials and public health experts that any of the three Covid-19 vaccines with emergency use authorization are safe and effective, about 70 million adults in the U.S. remained unvaccinated, as well as nearly 50 million children under age 12 who aren’t yet eligible for inoculations.

A recent Kaiser Family Foundation survey found that one-third of unvaccinated people in the U.S. said they would be more inclined to get vaccinated if a vaccine had received full approval.

But now, with the Food and Drug Administration’s eagerly anticipated announcement Monday that the Pfizer-BioNTech Covid-19 vaccine has been granted full, formal approval for anyone 16 or older, vaccination holdouts have much less of a pretext to refuse to get a shot, and we may now witness rapid progress in upping the country’s vaccination rate. Presumably, many people will be relieved to know that the federal government is fully confident in the vaccine’s effectiveness and safety. And even if this doesn’t change the feelings of those who oppose vaccines, it should pave the way for more institutions to mandate their use.

Full approval is not an insignificant upgrade in the status of any drug or vaccine. Getting this “gold standard” designation requires more rigorous and longer monitoring of side effects and substantially more analysis of efficacy than under the emergency use authorization, or EUA, the Pfizer vaccine was granted in December. We’re talking about FDA scientists’ reviewing hundreds of thousands of pages of vaccine data gathered from more than 40,000 participants in human trials to make sure full approval is warranted.

Not only did the additional review period and the information it provided allow the agency to say Monday that the vaccine met all appropriate safety standards, but it also reconfirmed that the vaccine was highly effective in preventing Covid-19. (We can assume that the protection was primarily against serious illness or death, not necessarily mildly symptomatic or asymptomatic infections, though the FDA wasn’t entirely clear on this point.)

That having been said, few experts in or out of government were truly worried that the EUA represented a risky green light, given that 364 million doses of all three EUA-approved vaccines — Moderna’s and Johnson & Johnson’s, as well as Pfizer’s — have been administered to more than 200 million people in the U.S. with great effectiveness and few side effects. The only apparent conflict among experts is that some thought the full approval process was moving too slowly, others too quickly. But as Goldilocks might say, I think it was just right …

Some people might understandably have questioned the wisdom of granting the EUA in the first place, thinking, “Why not just wait for full approval before conducting what amounts to a massive human experiment with a trio of new vaccines?” The answer, simply put, is that we didn’t have time.

Think about how rapidly the situation deteriorated. The World Health Organization declared Covid-19 a pandemic in March 2020, and it rapidly evolved to become one of the deadliest outbreaks since the infamous 1918 Spanish flu. As of this month, at least 4.4 million people around the world — including about 630,000 in the U.S. — have died of Covid-19 (though I believe these numbers are grossly underestimated, because fatality classification and reporting reliability leave much to be desired in many countries and in many U.S. jurisdictions). With multiple surges and the emergence of unpredictably dangerous variants or mutations, no clear end to the pandemic is in sight, so wider vaccination remains vital.

Still, many were skeptical, mistrusting that “emergency” approval would be enough to assure the safety of the new vaccines. But now, with full approval, we can hope that people who were truly worried about safety issues will feel reassured and comfortable getting the shots.

First, those people who were actually worried about vaccine safety wanted to wait for full approval before rolling up their sleeves. A recent Kaiser Family Foundation survey found that one-third of unvaccinated people said they would be more inclined to get vaccinated if a vaccine had received full approval. Now, hopefully, those people are on their way to the nearest vaccination site.

Second, there is reason to hope that even many of the much more challenging group of obstinately unvaccinated people will also get the shots. These are the hard-core resisters, many of whom have bought into gross misinformation promulgated on the internet. They have fallen for conspiracy theories that deny that there even is a pandemic crisis. They might be terrified that getting vaccinated can make a person magnetic. Or they may be convinced that microchips are implanted with the vaccine.

In such cases, there is a powerful incentive to help them get over their irrational rejections of vaccines. With full approval of the vaccine from the FDA, thousands of companies, universities, organizations, retail facilities, health care systems and so on are poised to implement mandates for those entering their venues. The message is exquisitely simple: “If you want to work here, come on campus or enjoy this event, you must prove that you are fully vaccinated.” While some institutions are doing this already, many others have been waiting for full FDA approval.

Third, a number of states have by law or policy forbidden local jurisdictions, school systems and health care facilities from requiring vaccinations — as long as FDA approval is for emergency use only. This new upgraded FDA approval overturns these political or ignorance-based restrictions. Now perhaps Utah, Texas and Ohio will have to yield and allow local jurisdictions to do whatever it takes to protect their residents and workers.

There should be no doubt that the new upgraded vaccine approval is a big step forward in getting millions more of us vaccinated, hopefully before SARS-CoV-2 sends too many more people to the hospital — or worse.

Irwin Redlener, M.D., an NBC/MSNBC public health analyst, is founding director of the National Center for Disaster Preparedness and director of the Pandemic Resource and Response Initiative, both part of Columbia University’s Earth Institute, where he is a senior research scholar. He is also a clinical professor of pediatrics at the Albert Einstein College of Medicine and the author of “Americans at Risk: Why We Are Not Prepared for Megadisasters and What We Can Do Now” and “The Future of Us: What the Dreams of Children Mean for 21st Century America.”