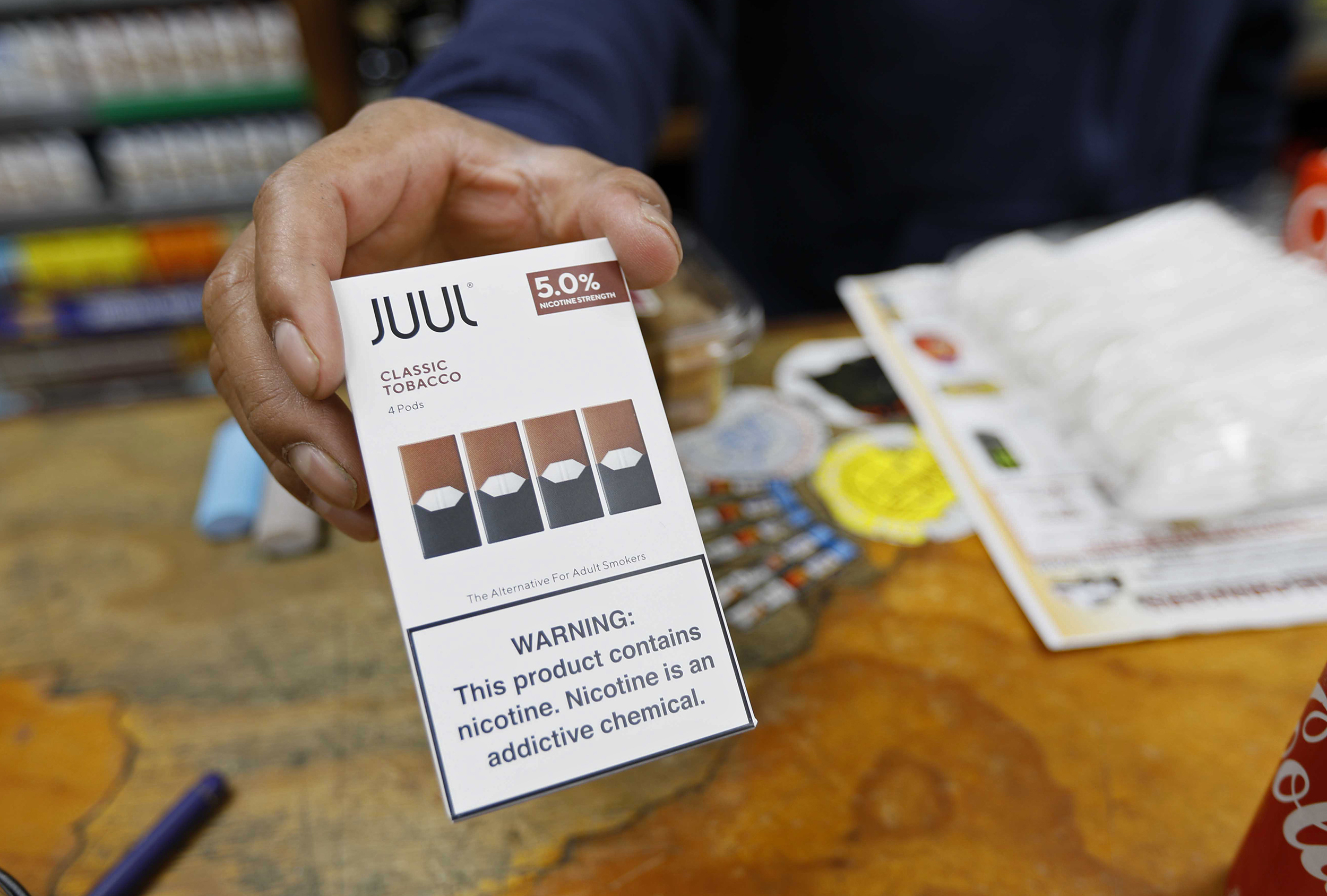 The Food and Drug Administration has ordered Juul to stop selling its e-cigarette products, citing a lack of data and evidence to assess their potential health risks.

Under the FDA order, Juul must stop selling and distributing its e-cigarette devices, along with all four types of Juul pods, which come in Virginia tobacco and menthol flavors. Products already on store shelves must be removed and taken off the market.

So far, the FDA has not found evidence that the e-cigarettes or pods pose an immediate health threat. However, the agency said there was “insufficient and conflicting data” about the products’ toxicity and about “potentially harmful chemicals leaching from the company’s proprietary e-liquid pods.”

“The FDA is tasked with ensuring that tobacco products sold in this country meet the standard set by the law, but the responsibility to demonstrate that a product meets those standards ultimately falls on the shoulders of the company,” Michele Mital, acting director of the FDA’s Center for Tobacco Products, said in a statement.

“As with all manufacturers, Juul had the opportunity to provide evidence demonstrating that the marketing of their products meets these standards,” she added. “However, the company did not provide that evidence and instead left us with significant questions.”

The FDA order does not prevent consumers from possessing or using Juul products that they already own.

“We respectfully disagree with the FDA’s findings and decision and continue to believe we have provided sufficient information and data based on high-quality research to address all issues raised by the agency,” Joe Murillo, Chief Regulatory Officer at Juul Labs, said in a statement.

He added: “We intend to seek a stay and are exploring all of our options under the FDA’s regulations and the law, including appealing the decision and engaging with our regulator.”

The FDA decision is a significant blow to the company and to Marlboro maker Altria — formerly known as Philip Morris — which owns a 35% stake in Juul. The move was the culmination of a nearly two-year process in which Juul sought FDA approval to continue selling its products.

In 2020, the agency banned Juul’s mint- and fruit-flavored pods in an effort to combat the teen vaping trend. The company has faced controversy over its early marketing practices, which critics say targeted consumers under 21. Juul denies that it deliberately tried to appeal to young people.

The company settled a 2021 lawsuit over allegations that it marketed its wares to teens, agreeing to pay $40 million to the state of North Carolina.

In a statement Thursday responding to the FDA decision, the American Lung Association said, “Juul is largely responsible for the youth vaping epidemic, where it used the same tactics as the major cigarette companies to prey on youth, including appealing flavors, deep price discounts, youth-focused marketing campaigns and high levels of nicotine to addict them.”

According to survey data from the Centers for Disease Control and Prevention, published in March, 11.3% of high school students and 2.8% of middle schoolers reported using e-cigarettes within the last 30 days.

The FDA decision aligns with the Biden administration’s larger push to enact regulations aimed at curbing disease and death associated with smoking. On Tuesday, the administration announced that it intends to develop a rule limiting the level of nicotine in cigarettes. The FDA is also moving forward with a plan to ban menthol cigarettes.

The FDA has, however, previously authorized several vaping products, including some from Logic, NJOY and Vuse, which is made by R.J. Reynolds Tobacco Company.