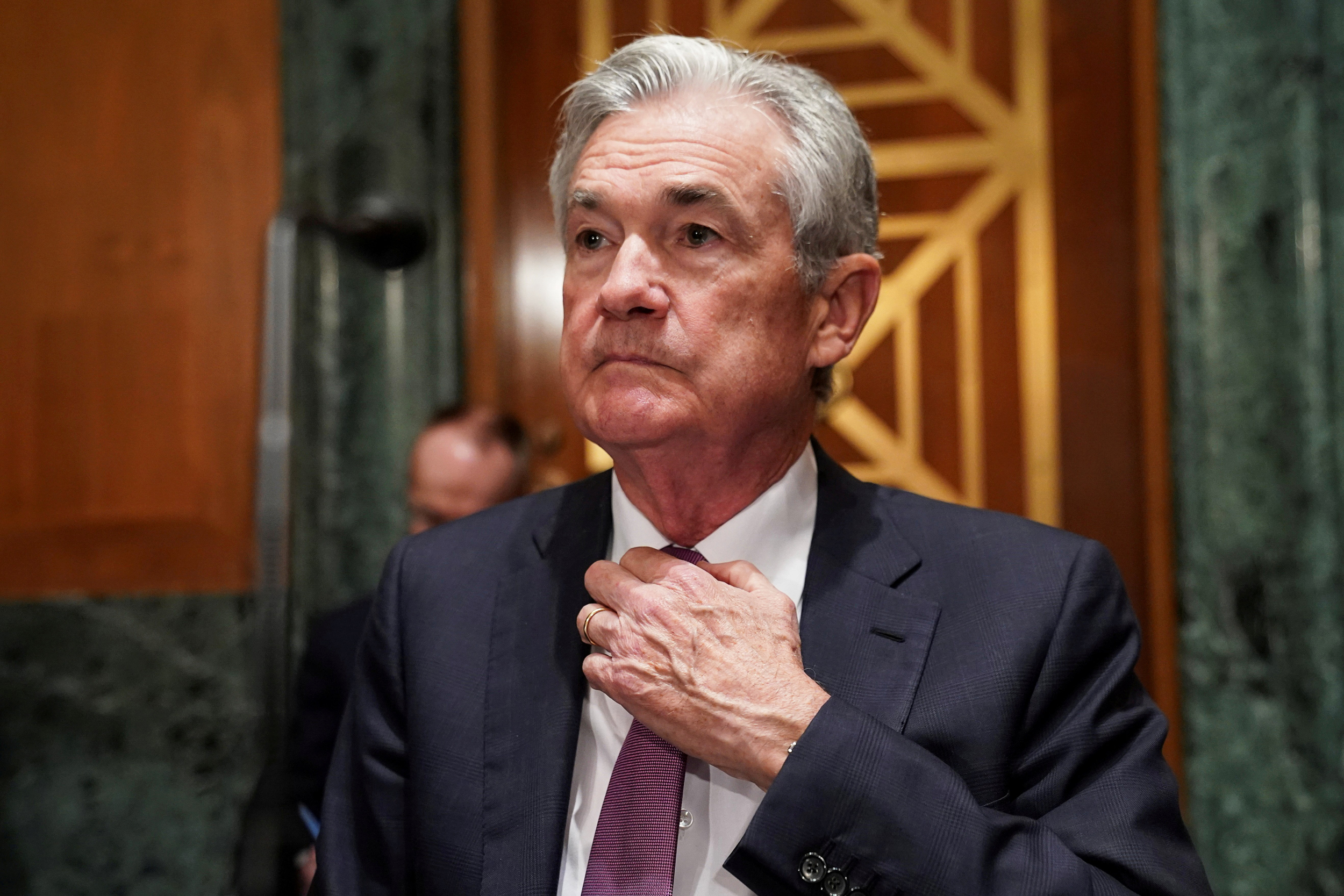 Despite inflation that is “a cause for concern” and the rise of the delta variant of the coronavirus, the central bank will begin removing its support for the economy later this year, Federal Reserve Chairman Jerome Powell said Friday in virtual remarks at the Fed’s annual symposium.

Powell’s address comes as millions of Americans are still out of work, prices are rising for everything from steaks to SUVs, and spiking cases of the highly contagious delta variant continue to have a negative impact on businesses and travel.

While the Fed Chair laid out a timeline for tapering the bank’s $120 billion in monthly bond purchases by the end of the year — provided the economy continues on its current trajectory — he also reassured markets that the prospect of interest rate hikes remains far in the future.

Since the Fed’s last monetary policymaking meeting in July, “the intervening month has brought more progress in the form of a strong employment report for July, but also the further spread of the Delta variant,” Powell said. “We will be carefully assessing incoming data and the evolving risks.”

Addressing inflationary pressures, Powell noted that higher prices are not broad based. Outsized categories such as used cars would soon pull measured inflation back down, he said.

“Over the 12 months through July, measures of headline and core personal consumption expenditures inflation have run at 4.2 percent and 3.6 percent, respectively — well above our 2 percent longer-run objective,” Powell said.

“Inflation at these levels is, of course, a cause for concern. But that concern is tempered by a number of factors that suggest that these elevated readings are likely to prove temporary.”

In response to the upheaval caused by the pandemic last year, the Fed undertook a number of programs to stabilize the economy, backstop markets and keep credit flowing, the two most visible of which were an open-ended pledge to buy billions in Treasuries and mortgage-backed securities each month, and slashing the nation’s benchmark interest rate to between zero and a quarter of a percent.

Those two programs, and how quickly the Fed unwinds them, are unrelated, but the concern is that Wall Street will conflate the two — or that Powell will say something that joins together their respective fates.

“The minutes [from the Fed’s most recent policy meeting] echoed that many members wanted to emphasize that there wasn’t a mechanical link. I think Powell is keen to try to separate these,” said James McCann, deputy chief economist at Aberdeen Standard Investments.

Treasury Secretary Janet Yellen has reportedly vouched for Powell’s reappointment for a second term next year.

Powell has earned broad support from lawmakers, economists and policymakers: He is likely to be reappointed for a second term next year, an outcome recently affirmed by a Bloomberg report that Secretary of the Treasury — and former Fed Chair — Janet Yellen had vouched for Powell’s reappointment. But he faces a tremendous policy challenge, with the specter of skyrocketing inflation looming on one side, and the prospect of a resurgent pandemic once again becoming a nationwide public health crisis on the other.

By many measures, the economy has undergone a remarkable recovery over the past year, but unemployment is still elevated, and the labor market has not recovered to the extent that one half of the Fed’s dual mandate — full employment — can be considered met. That, in a vacuum, might bolster an argument for a more cautious approach to removing policy support.

But progress towards the other half of the Fed’s mandate — stable prices — is moving in the opposite direction. Inflationary markers of all sorts have risen, some quite dramatically, as a perfect storm of supply chain disruption, higher prices for materials and a labor shortage have driven up prices.

Last year, the Fed announced it was adopting a “robust updating” to its approach to price stability it called “average inflation targeting.” Since inflation had run below the target of 2 percent for a period of time, policymakers would let it run hotter for an undetermined amount of time, with the idea that inflation would average out to its 2 percent target over a longer duration. This change was designed to give the central bank more flexibility in that a pop of inflation wouldn’t necessarily trigger a rush to hike interest rates. As prices rise, that commitment to — and comfort with — hotter inflation is being tested. Fed leaders have consistently maintained that these factors are transitory and will be resolved in due course.

Choking off last year’s campaign of unprecedented policy support too soon could mean constrained growth and a longer stretch of elevated unemployment — a scenario labor economists as well as some Fed officials worry would hurt poor and minority families the most, further excluding them from the recovery and exacerbating the nation’s wealth inequality. On the other hand, flooding the market with unnecessary stimulus also could trigger unintended consequences, such as distorting prices, inflating asset prices and creating bubbles — a narrative some fear is already playing out in the housing market.

“It seems like the Fed’s been moving in the line of becoming more and more hawkish, the closer we get to the end of the year,” said Charlie Ripley, senior investment strategist for Allianz Investment Management.

But the Fed still views the delta variant of Covid-19 as a grave threat — as evidenced by the abrupt decision to make the Jackson Hole summit entirely virtual, after plans had been under way for months for an in-person event.

Analysts scrutinizing the recently released minutes of policymakers’ July meeting for clues found few easy answers. Despite being an organization that prides itself on presenting a unified front, Fed members have expressed a growing diversity of perspectives on the best path forward in recent months.

“I’ve never heard so many differences of opinion coming out of the Federal Reserve. It does seem Powell has a difficult job corralling everyone’s opinion and coming up to a consensus,” Gillum said.