Lily was taking her lunch break at the Dublin nursing home where she works when a friend called with the news that an official-looking letter had arrived for her.

She asked the friend to open it and read it aloud.

You no longer have permission to remain in the State and you must now return voluntarily to your country of origin or be deported,” the letter, from Ireland’s Department of Justice and Equality said. It told her she had five days to inform the authorities of her decision.

A flood of emotions rushed up at her, through the layers of her protective equipment. Lily said she wanted to cry, but forced the tears back down inside.

“I had to stay strong for the residents,” she said. “So, I put on a smile but deep down it was incredibly painful.”

Lily — whose name has been changed for her safety — said she fled anti-LGBTQ persecution in her native Zimbabwe and came to Ireland in 2016.

She wanted to help others, so studied to qualify as a healthcare assistant; she landed a job as a care worker at a nursing home last year, and hopes to study for her nursing degree in future.

She has worked at the care home throughout the coronavirus pandemic, taking only three weeks off when she contracted the virus herself in April.

Near the beginning of the pandemic, the Irish Nurses and Midwives Organization reported that Ireland had the highest rate of Covid-19 infection among healthcare workers anywhere in Europe.

Once she had recovered, Lily returned to work. In the months that followed, she said she watched as the disease took the lives of some of the elderly residents she had cared for.

“There were so many people dying. It was unbearable,” she said.

Now, with deportation looming, Lily feels she’s facing something akin to her own death sentence. 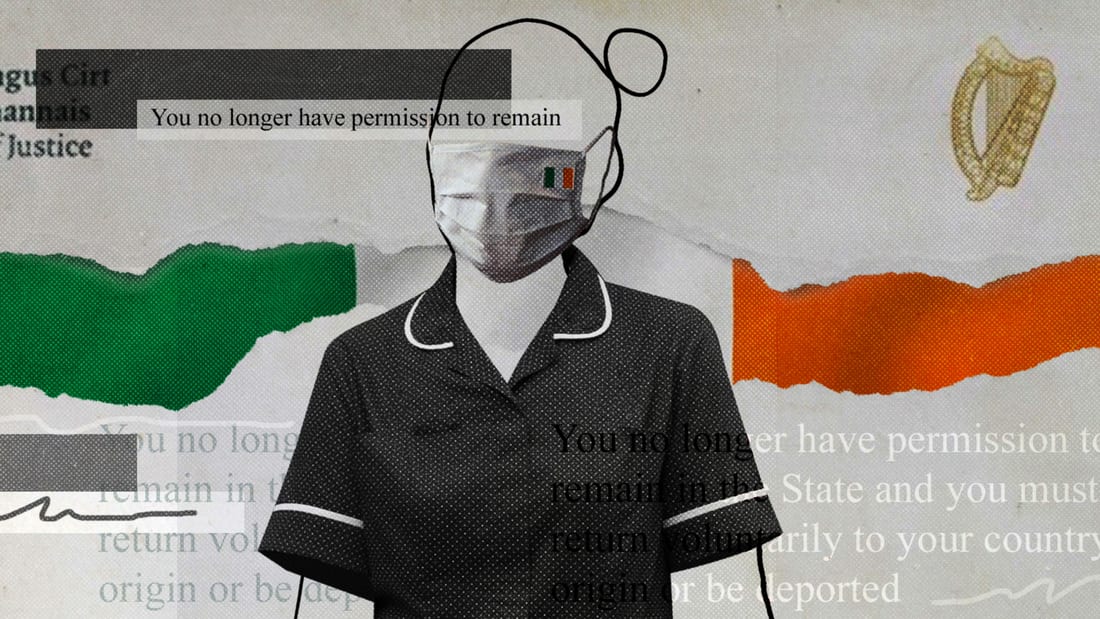