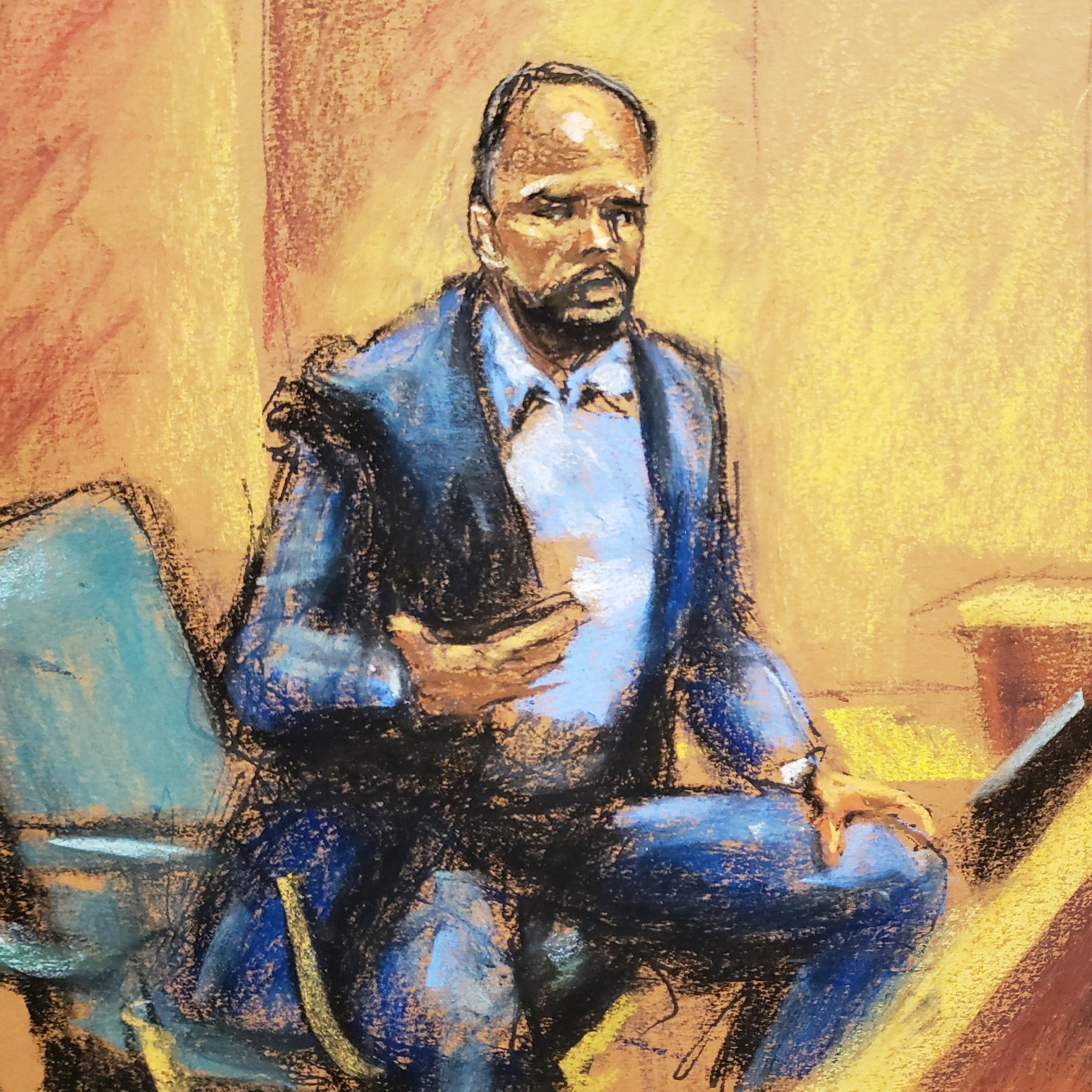 After several days of testimony from women claiming they were groomed and sexually abused by R. Kelly, a man took the witness stand at Kelly’s sex-trafficking trial in New York City on Monday to say the R&B star exploited him in the same way when he was a high school student.

The witness, testifying in federal court in Brooklyn without using his real name, told a jury how Kelly lured him to his Chicago-area home in 2007 with false offers of helping him with his fledgling music career.

Kelly asked the alleged victim, then 17, “what I was willing to do for music,” the witness said. He replied, “I’ll carry your bags. … Anything you need, I’ll be willing to do.”

“That’s not it. That’s not it,” he said Kelly responded before asking him if he ever fantasized about having sex with men. He described how Kelly then “crawled down on his knees and proceeded to give me oral sex,” even though “I wasn’t into it.”

Afterward, “he told me to keep between him and me,” he said.

In a later episode, Kelly snapped his fingers to summon a naked girl from where she was hiding under a boxing ring to give Kelly and the witness oral sex, the man told the jury.

He kept seeing Kelly after that because “I really wanted to make it in the music industry,” he said.

The witness was testifying as part of a cooperation agreement stemming from his guilty plea in a separate case alleging he was part of a botched scheme to bribe a woman to not testify against Kelly. No charges were brought against Kelly related to the scheme.

Kelly, 54, was charged in July 2019 with racketeering based on sexual exploitation of children, kidnapping, forced labor and Mann Act violations — charges involving the coercion and transportation of women and girls in interstate commerce to engage in illegal sexual activity, according to a Department of Justice news release.

Kelly, who pleaded not guilty to racketeering, bribery, coercion, enticement and sex trafficking, has repeatedly denied accusations that he preyed on victims during a 30-year career highlighted by his 1996 mega hit “I Believe I Can Fly.” His lawyers have portrayed his accusers as groupies who are lying about their relationships with him.

Earlier Monday, a woman testified that Kelly sexually assaulted her at age 17 following a performance in Miami in 1994. The witness, also testifying without using her real name, claimed that Kelly’s cronies took her and a friend to his dressing room after the show before he pulled down her shorts and forced her to have unprotected sex, she said.

“I was in complete shock,” she said. “I didn’t know what to say at all. I basically went blank.”

Afterward, she and her friend “unlocked the door and ran out of there,” she said.

On cross-examination, defense attorney Deveraux Cannick pressed the witness on why, after someone allegedly “raped you,” she waited more than two decades to contact law enforcement.

“Because I didn’t want to feel more shame and trauma,“ she said.