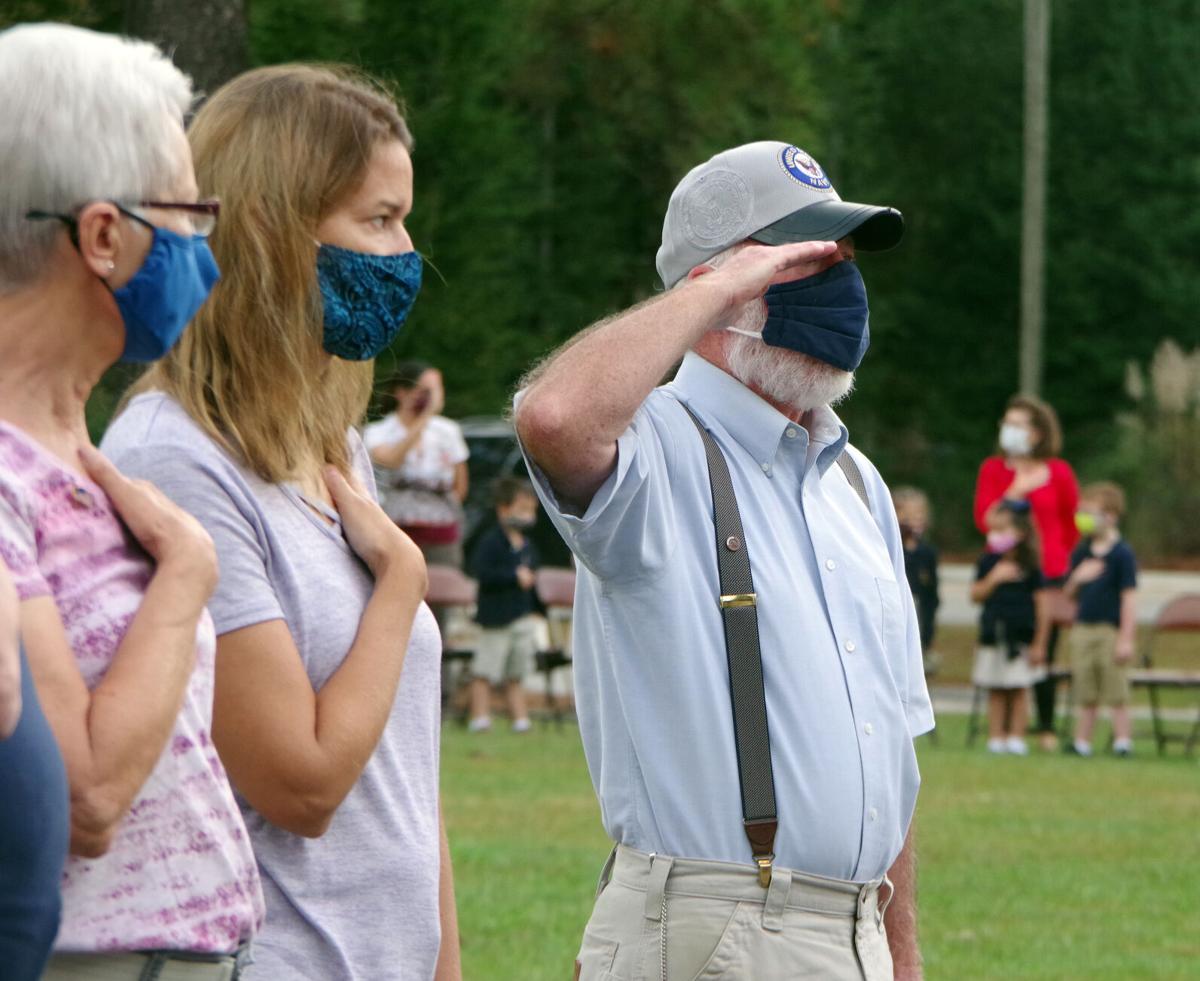 A veteran stands at attention and salutes Tuesday morning during the singing of the national anthem at St. Anthony Catholic School’s annual Veterans Day program in Florence. 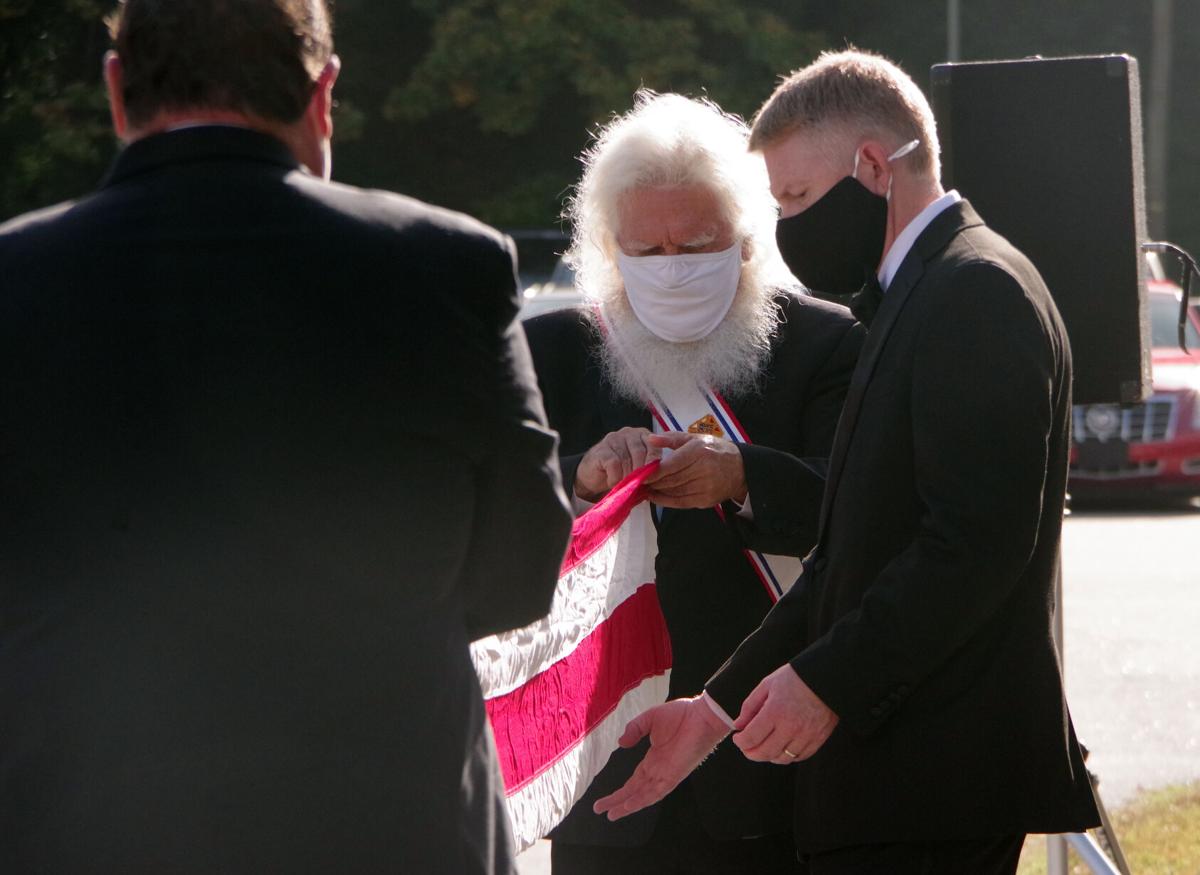 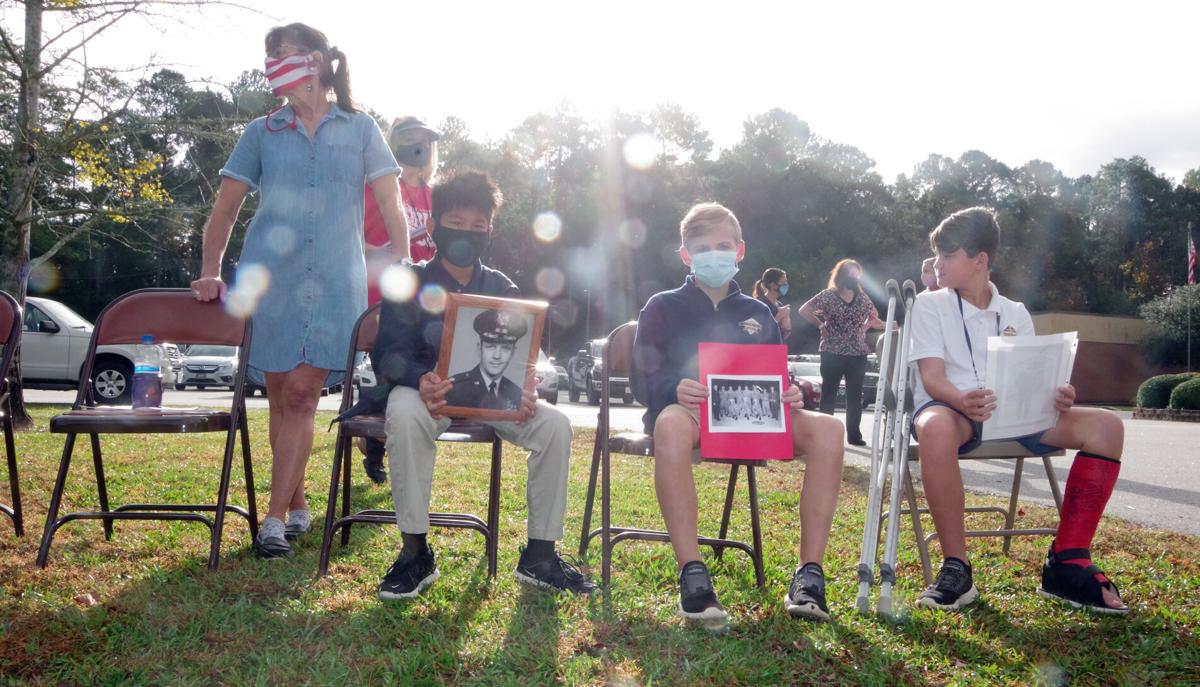 St. Anthony Catholic School students sit on the front lawn of the school and church Tuesday morning, holding pictures of veterans, as they wait for the school’s annual Veterans Day program to start. 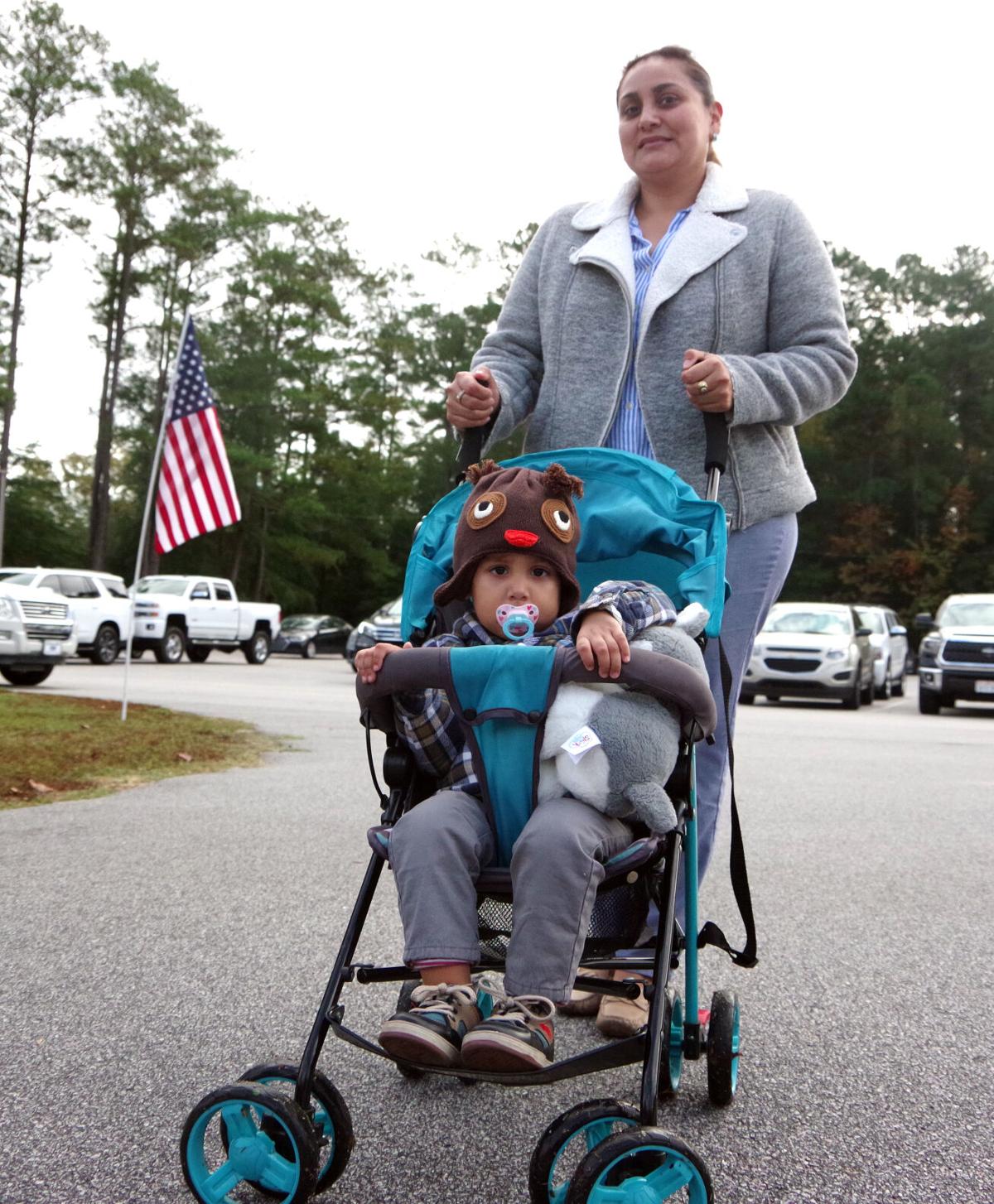 FLORENCE, S.C. − The Pee Dee got a jump on celebrating veterans Tuesday when St. Anthony Catholic School saluted veterans and later in the morning when a group from Shaw Air Force Base arrived to tour Florence’s Veterans Park.

The events came a day ahead of Florence’s official Veterans Day event, which will take place at the Florence Veterans Park, weather permitting.

St. Anthony Catholic School’s annual event has traditionally featured a feast of a breakfast prepared by the men’s club, followed by a well-attended presentation by the students.

In the age of COVID-19, this year’s breakfast was a sanitary serving of doughnuts and coffee, and the attendance was somewhat reduced.

The students, though, made up for that in song, essay and enthusiasm.

Following the flag presentation by the Knights of Columbus, Maddie Tilton sang “The Star Spangled Banner,” Chase Fluharty narrated a history of Veterans Day and Alexa Sungahid read her essay on patriotism.

Other parts of the event included Katie Tilton’s telling of the story of taps, a flag-folding ceremony by the Knights of Columbus narrated by Dakota McDonald and Thad Woodall, a song that was also signed by students in attendance and a song during which students held up photos of their veteran family members.