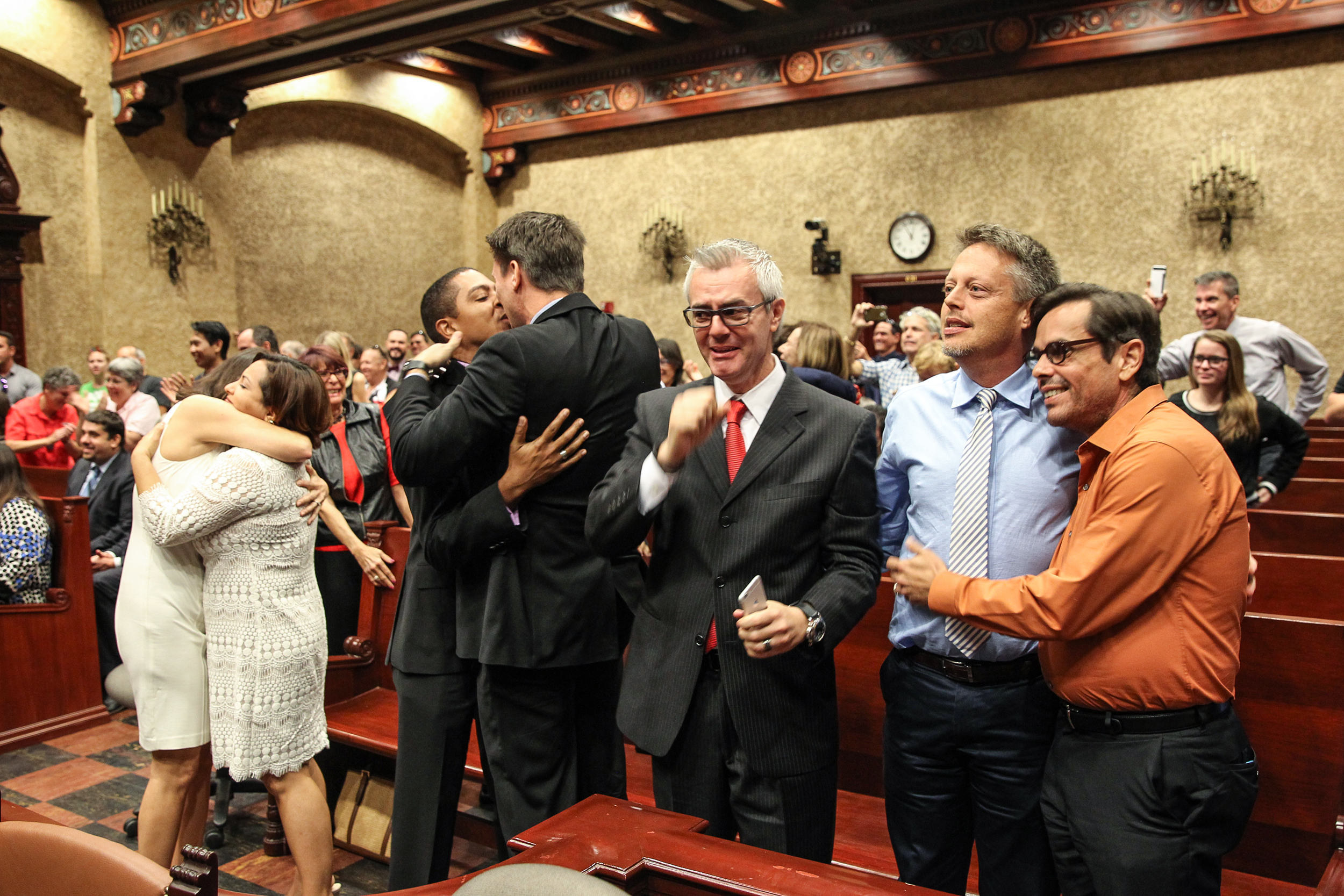 A gay rights advocate who was integral in legalizing same-sex marriage in Florida was found dead in a landfill in what is being investigated as a homicide, authorities said Wednesday.

Jorge Diaz-Johnston, 54, the brother of former Miami Mayor Manny Diaz, had been last seen alive Jan. 3, Tallahassee police said. Shortly after a missing person alert was issued for him Saturday, his body was found in a trash pile at a landfill in Baker, Florida, about 60 miles west of the Alabama border, according to the Okaloosa County Sheriff’s Office.

Diaz, who served as mayor of Miami from 2001 to 2009, released a statement on Twitter confirming his brother’s death.

“I am profoundly appreciative of the outpouring of support shown to me, my brother-in-law Don, and my family after the loss of my brother, Jorge Diaz-Johnston,” he wrote. “My brother was such a special gift to this world whose heart and legacy will continue to live on for generations to come.”

While he had a high-profile brother, Diaz-Johnston made a name for himself. In 2014, he and his husband, Don Diaz-Johnston, and five other same-sex couples sued the Miami-Dade County clerk’s office after they were barred from getting married.

“For us, it’s not just only a question of love and wanting to express our love and have the benefits that everyone else has in the state, but it’s an issue of equality, and it’s a civil rights issue,” Jorge Diaz-Johnston told NBC Miami at the time.

In January 2015, a Miami-Dade circuit court judge ruled in the couples’ favor, legalizing same-sex marriage in the South Florida county more than a year before the Supreme Court legalized same-sex marriage nationwide.

“They fought so hard for their love to be enshrined and to be able to enjoy the institution of marriage, and for the marriage to end in this way — in this gruesome, heartbreaking way — there are no words,” she told NBC Miami.

Shortly after winning their case, Jorge and Don Diaz-Johnston married in March 2015, according to public records. Coupled with an image of his husband grinning at the camera over dinner, Don Diaz-Johnston addressed his death on Facebook.

“There are just no words for the loss of my beloved husband Jorge Isaias Diaz-Johnston,” he wrote. “I can’t stop crying as I try and write this. But he meant so much to all of you as he did to me. So I am fighting through the tears to share with you our loss of him.”

“In Jorge Diaz-Johnston, we lost a champion, a leader, and a fighter for our LGBTQ community,” she wrote on Twitter. “His tragic loss will be felt profoundly by all who loved him, as we honor his life and legacy.”