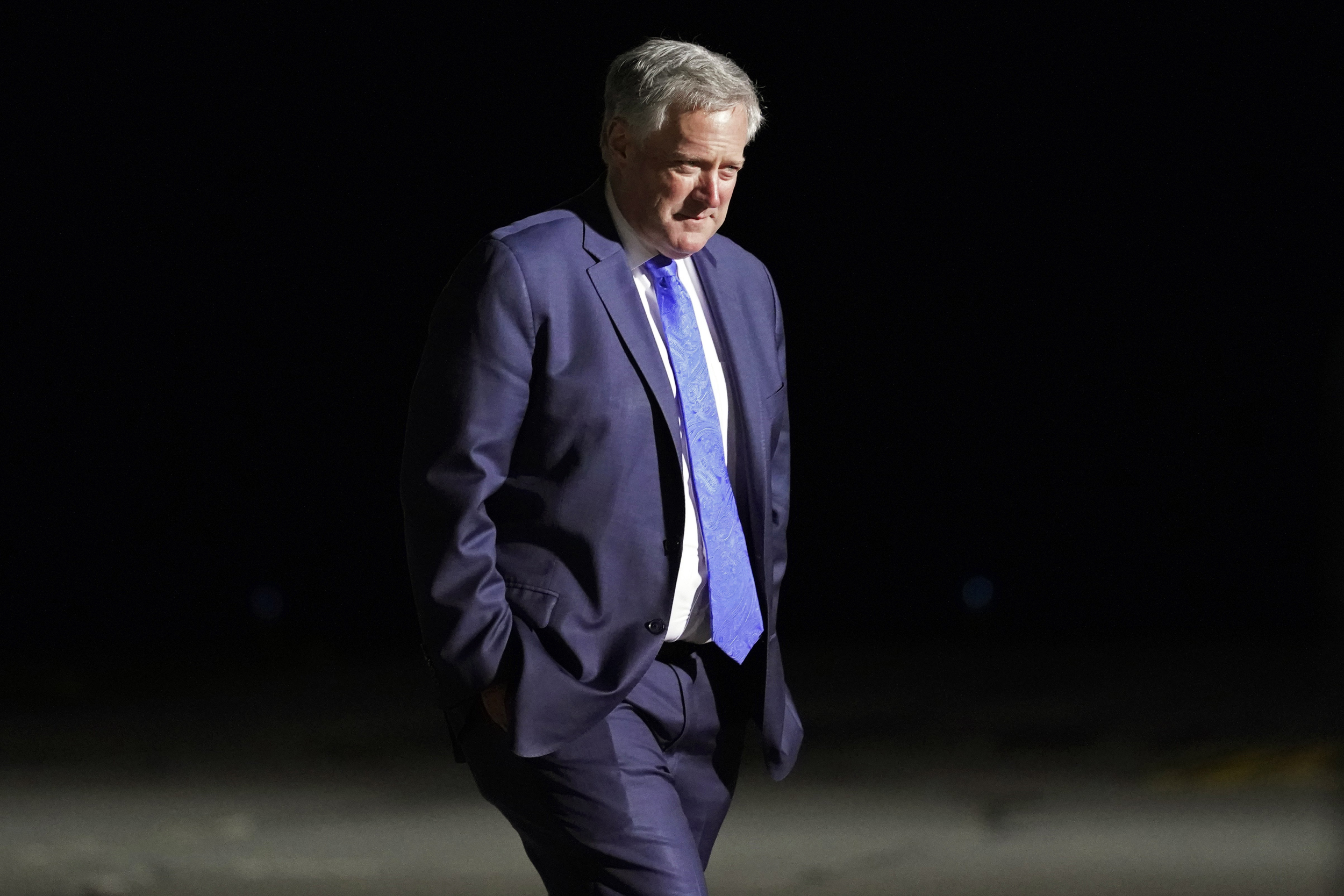 The chair of the House committee investigating the Jan. 6 riot at the U.S. Capitol said Tuesday that former White House chief of staff Mark Meadows has begun cooperating with their probe.

“Mr. Meadows has been engaging with the select committee through his attorney,” the panel’s chairman, Rep. Bennie Thompson, D-Miss., said in a statement. “He has produced records to the committee and will soon appear for an initial deposition.”

The committee had been considering pressing ahead with a criminal contempt of Congress referral against Meadows after he failed to show up to answer questions under oath earlier this month.

Meadows’ attorney, George Terwilliger, said at the time that his client “remains under the instructions of former President [Donald] Trump to respect longstanding principles of executive privilege. It now appears the courts will have to resolve this conflict.”

Terwilliger said Tuesday that “we continue to work with the select committee and its staff to see if we can reach an accommodation that does not require Mr. Meadows to waive executive privilege or to forfeit the longstanding position that senior White House aides cannot be compelled to testify before Congress.”

“We appreciate the select committee’s openness to receiving voluntary responses on non-privileged topics,” he added.

It’s unclear what records Meadows has handed over. Thompson said earlier this month that there is a “wide range of matters the select committee wished to discuss with Mr. Meadows.”

While Meadows’ cooperation staved off a legal showdown for the moment, Thompson left the door open to civil or other action in his statement Tuesday.

“The select committee expects all witnesses, including Mr. Meadows, to provide all information requested and that the select committee is lawfully entitled to receive,” Thompson said. “The committee will continue to assess his degree of compliance with our subpoena after the deposition.”

The deal comes after former Trump adviser Steve Bannon was hit with two charges of criminal contempt of Congress for snubbing the committee’s subpoenas.

The panel will meet Wednesday to decide whether to recommend a similar action against Jeffrey Clark, a former Justice Department official who a Senate Judiciary Committee report found devised a strategy with Trump for the Justice Department to intervene in Georgia’s appointment of presidential electors and to use the strategy in other states. Clark did not respond to NBC News’ requests for comment on the report at the time.

Clark’s lawyer, Harry MacDougald, said in a letter to the committee earlier this month that executive privilege prevented the former DOJ official from providing testimony. MacDougald also said his client wanted to wait until Trump’s lawsuit challenging the panel’s power to access certain White House documents makes its way through the courts.