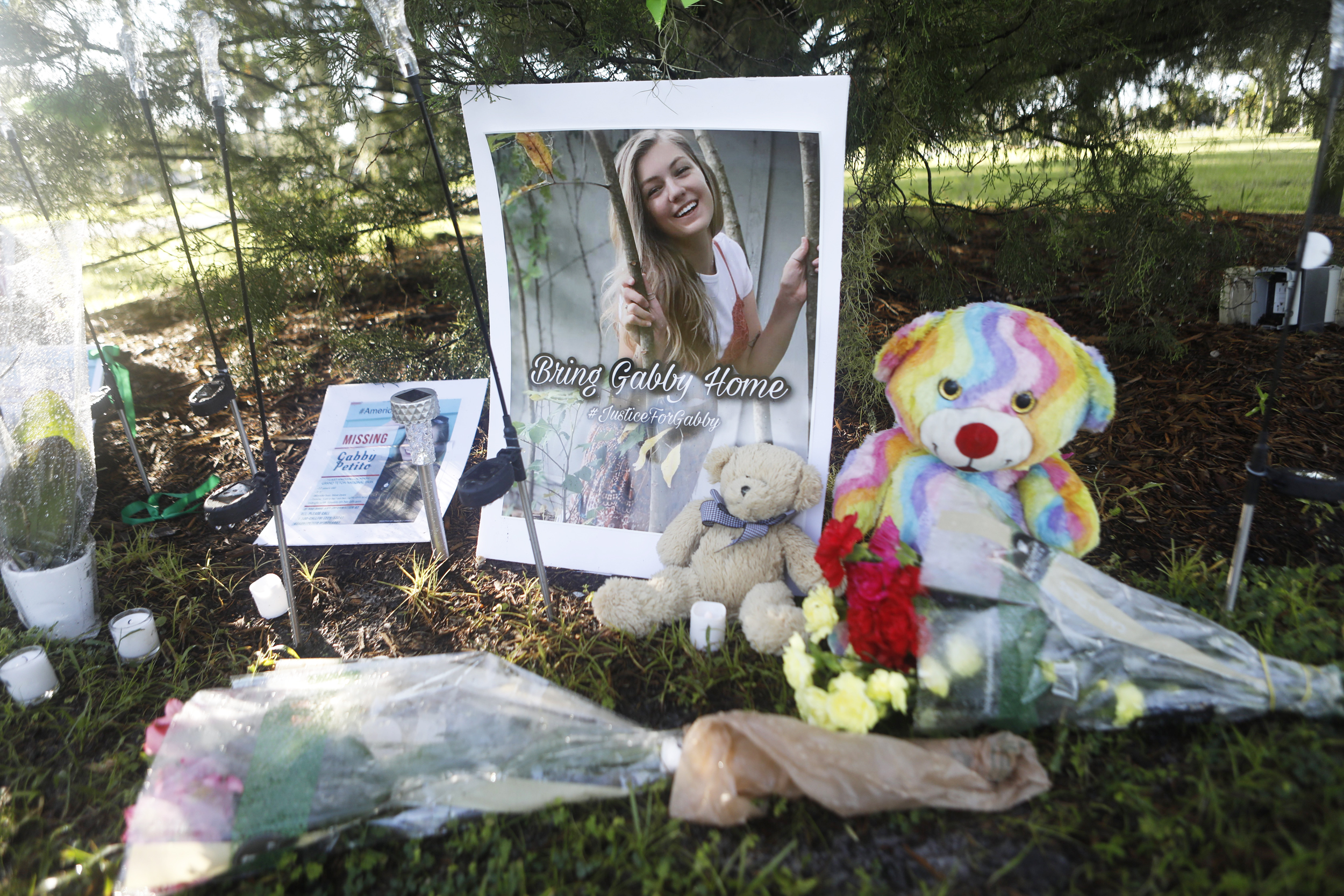 A Wyoming coroner has confirmed that remains found at a campground in the state are in fact those of Gabby Petito, 22, and that the manner of death is homicide, the FBI announced Tuesday.

“Teton County Coroner Dr. Brent Blue confirmed the remains are those of Gabrielle Venora Petito, date of birth March 19, 1999,” the FBI Denver division said in a statement. “Coroner Blue’s initial determination for the manner of death is homicide.”

The official cause of death will remain pending until final autopsy results are in, according to the statement. Investigators are committed to making sure anyone involved in Petito’s death “is held accountable for their actions,” Michael Schneider, special agent in charge of the FBI’s Denver office, said Tuesday.

“Mr. Brian Laundrie has been named a person of interest,” Schneider said. “Anyone with information concerning Mr. Laundrie’s role in this matter or his current whereabouts should contact the FBI.”

Petito was on a cross-country road trip with Laundrie, her fiancé, and was last known to have been in Grand Teton National Park late last month, when she stopped communicating with her family.

Laundrie, 23, disappeared after he initially refused to cooperate with police. His family told investigators he had gone hiking in Carlton Reserve in Florida last week and never returned.

North Port police resumed searching the 25,000-acre wildlife refuge Tuesday, just a day after they said they had “exhausted all avenues.” It’s unclear what prompted authorities to search again, but the police department said it was focusing on a specific part of the reserve and the adjoining lands.

The FBI searched the Florida home where Laundrie and Petito were living with his parents on Monday.

The agency said it was “executing a court-authorized search warrant today at the Laundrie residence in North Port, Florida, relevant to the Gabrielle ‘Gabby’ Petito investigation” and later tweeted that the search had been concluded. No further details were released.

Petito and Laundrie began their tour of national parks in July, documenting their journey on YouTube and Instagram using the hashtag #VanLife. Laundrie returned home to North Port, south of Tampa, in the couple’s van Sept. 1 — 10 days before Petito’s family reported her missing, police have said.

Petito’s mom, Nicole Schmidt, said she last heard from her daughter at the end of August. Petito’s last text read: “No service in Yosemite.” It is unclear whether Petito sent the message.

On Monday, the Grand County Sheriff’s Office in Utah released 911 audio from a witness who said he saw a man slap a woman and then saw a white Ford Transit van bearing a Florida license plate drive away.

The witness told the dispatcher that he wouldd like to report a “domestic dispute.”

“We drove by and the gentleman was slapping the girl,” the witness said. “And then we stopped. They ran up and down the sidewalk, he proceeded to hit her, hopped in the car, and then drove off.”

Moab police said they responded to a “domestic problem” between Petito and Laundrie that afternoon. No charges were filed.

The dispute is alleged to have happened as Petito and Laundrie were driving toward Arches National Park, about a month before Petito’s family reported her missing.

The report indicated that officers on scene had viewed Petito as the aggressor.