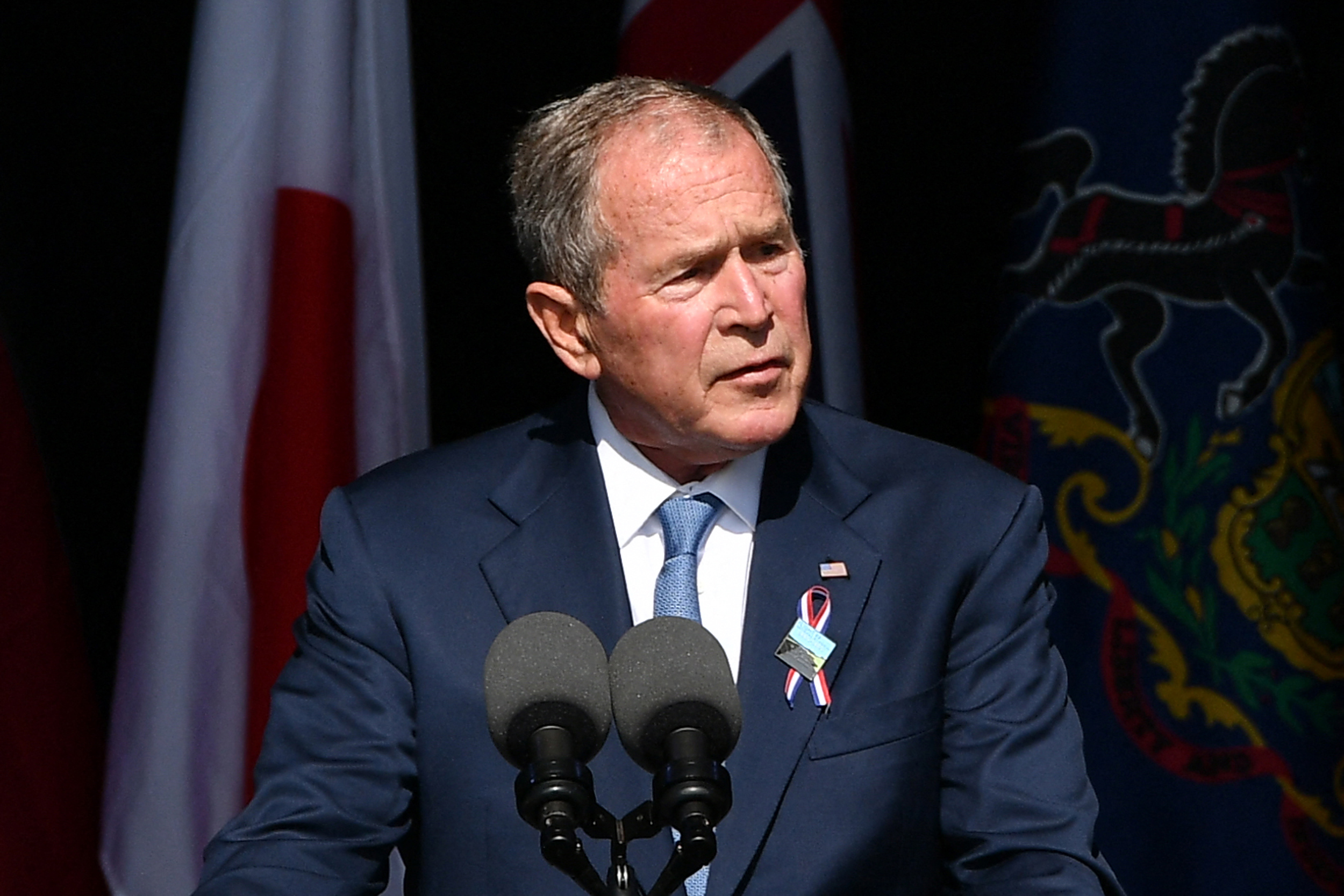 Exactly 20 years after the Sept. 11 attack, George W. Bush delivered remarks in Pennsylvania, from the field where Flight 93 crashed. The former president’s speech was poignant, and in many ways, important.

“[W]e have seen growing evidence that the dangers to our country can come not only across borders, but from violence that gathers within,” the Texas Republican said. “There is little cultural overlap between violent extremists abroad and violent extremists at home. But in their disdain for pluralism, in their disregard for human life, in their determination to defile national symbols, they are children of the same foul spirit. And it is our continuing duty to confront them.”

Bush added, “A malign force seems at work in our common life that turns every disagreement into an argument, and every argument into a clash of cultures. So much of our politics has become a naked appeal to anger, fear, and resentment. That leaves us worried about our nation and our future together.”

The former president was deliberately vague about his rhetorical targets. He mentioned no one by name and was unspecific about parties and ideologies.

But the only other living former Republican president was nevertheless outraged. In a written statement released yesterday, Donald Trump lashed out at Bush directly:

“So interesting to watch former President Bush, who is responsible for getting us into the quicksand of the Middle East (and then not winning!), as he lectures us that terrorists on the ‘right’ are a bigger problem than those from foreign countries that hate America.”

Trump went on to say Bush “led a failed and uninspiring presidency,” and he “shouldn’t be lecturing anybody!”

As a factual matter, Bush did not single out terrorists on “on the ‘right,'” or say that they pose a more serious threat than foreign attackers. Trump just made that up.

But perhaps the most amazing thing about Trump’s angry response is its existence: Bush denounced “violent extremists,” and those who appeal to “anger, fear and resentment,” which led Trump to assume that he was the intended target.

In other words, when Trump heard criticisms of “extremists,” he reflexively took it personally.

I wonder why that is.

Equally important is how frequently we’ve seen similar examples of this dynamic. Circling back to our earlier coverage, it was in February 2019, for example, when filmmaker Spike Lee said in his Academy Awards acceptance speech, “Let’s all be on the right side of history. Make the moral choice between love versus hate.”

The then-president was outraged, taking great offense and describing Lee’s comments as a “racist hit” on Trump.

Lee hadn’t mentioned Trump’s name — or said anything racist, for that matter — but the Republican heard a man encourage Americans to choose love over hate, and Trump immediately felt insulted.

Something similar happened during John McCain’s memorial services a year earlier. Trump’s name was not uttered, but many who eulogized the late senator went out of their way to contrast his lifetime of service with those who, in Barack Obama’s words, are “small and mean and petty.”

People close to Trump said he “fumed” during the event, and “grew angry” with the veiled criticisms. The then-president’s name didn’t come up, but confronted with oblique references to dishonorable people of weak character, he assumed the worst.

In the final full month of his presidency, Barack Obama spoke at an event at Pearl Harbor and told attendees, “Even when hatred burns hottest, even when the tug of tribalism is at its most primal, we must resist the urge to turn inward. We must resist the urge to demonize those who are different.” Trump, naturally, assumed the Democratic president was directing the comments at him.

Three years later, Obama urged Americans to reject those who feed “a climate of fear and hatred or normalizes racist sentiments.” Trump was offended by this, too.

What does it say about Trump that every time he hears condemnations of hatred and extremism, he instinctively assumes he’s the target?