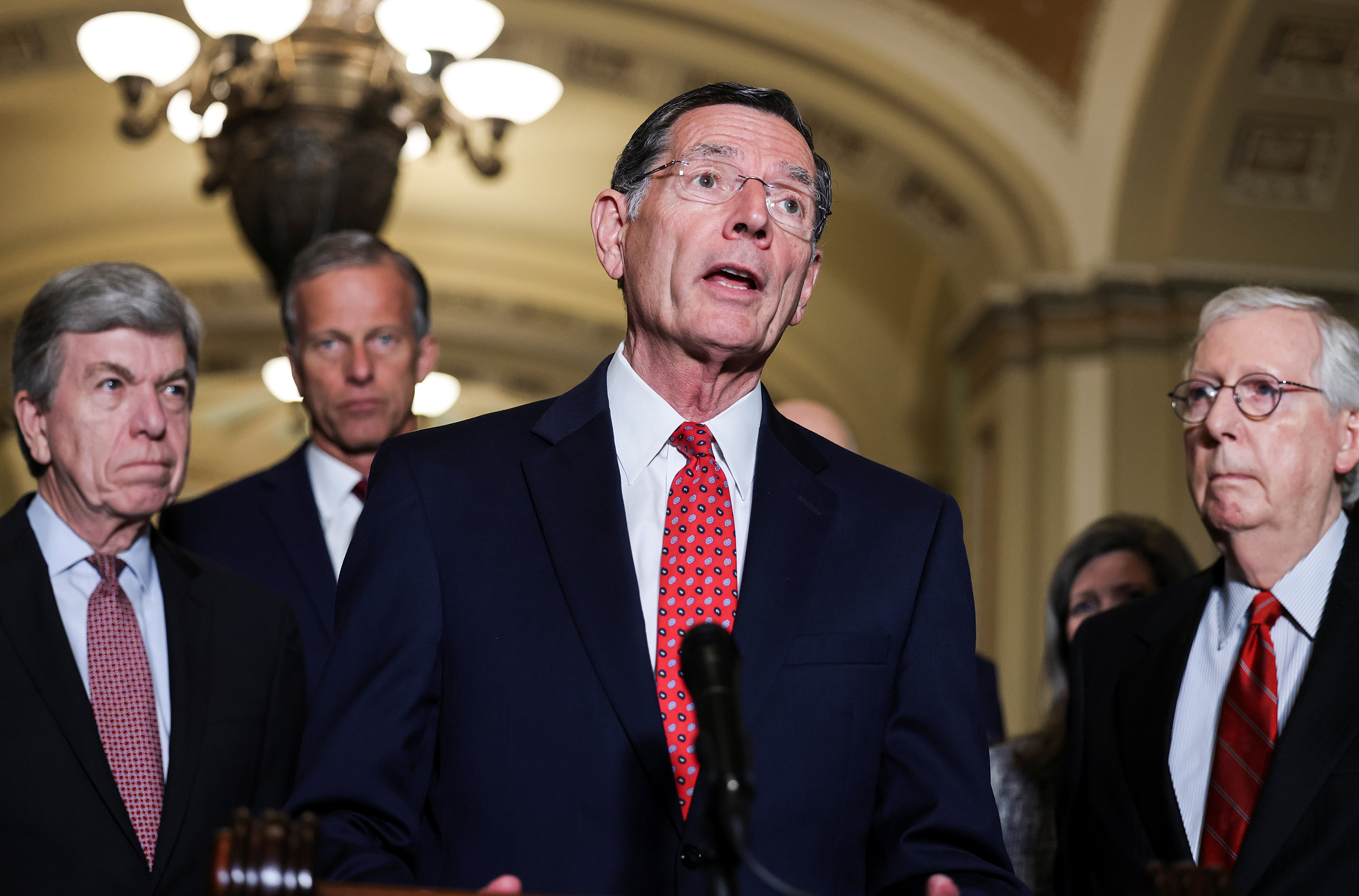 Republican Sen. John Barrasso of Wyoming appeared on Fox News yesterday morning and eagerly reminded viewers that “more people have died of Covid under President Biden than did in all of 2020.” During his eight-hour speech two weeks ago, House Minority Leader Kevin McCarthy pushed the same talking point.

“I took President Biden at his word; I took him at his word when he said he was going to get Covid under control,” the California Republican said. “Unfortunately, more Americans have died this year than last year under Covid.”

It’s an exasperating argument that’s part of a larger, bewildering scheme. On the one hand, President Joe Biden is doing everything possible to address the pandemic through vaccinations, mandates, and an aggressive public health campaign. On the other hand, Republicans have pushed back aggressively, taking steps to undermine the administration’s campaign on several fronts, from undermining public confidence in vaccines to filing lawsuits against White House policies to paying people who make dangerous and irresponsible decisions.

The more Republicans succeed in extending the Covid-19 crisis, the more the party blames the president for the fact that the crisis isn’t over. It’s like watching a coach tie a runner’s shoelaces together and then complain when she doesn’t run faster.

Making matters worse is the degree to which some GOP officials continue to give the public bad information. Republican Rep. Nancy Mace of South Carolina appeared on Fox News yesterday morning and said, “In some studies that I have read, natural immunity gives you 27 times more protection against future covid infection than a vaccination. And so we need to take all of the science into account and not selectively choosing what science to follow when we are making policy decisions.”

The Washington Post explained why the congresswoman’s argument was such a mess.

Mace is likely referring to one Israeli study (not “studies”), which did indeed find what she claimed. But speaking of “selectively choosing what science to follow,” Mace didn’t mention that other studies have found the opposite. More broadly, pitting natural immunity against vaccination is itself misleading Americans. As The Post recently reported, a Centers for Disease Control and Prevention review of more than 90 studies and papers found that “for people who have been infected … vaccination provides a boost in the immune response and further reduces the risk of a repeat infection.” To imply that people should become infected rather than getting a shot is dangerous — especially when the former comes with a massive death toll.

Soon after Mace’s on-air appearance, Wyoming’s Barrasso — the chair of the Senate Republican Conference and a physician by training — seemed to complain about vaccine booster shots: “Now you have a couple of governors saying, ‘Oh, two shots isn’t enough. Now you have to have three.'”

Millions of Americans received two-shot vaccinations in the spring, but now need a booster in the form of a third shot. This really isn’t that complicated — especially for someone who describes himself as “Wyoming’s Doctor.”