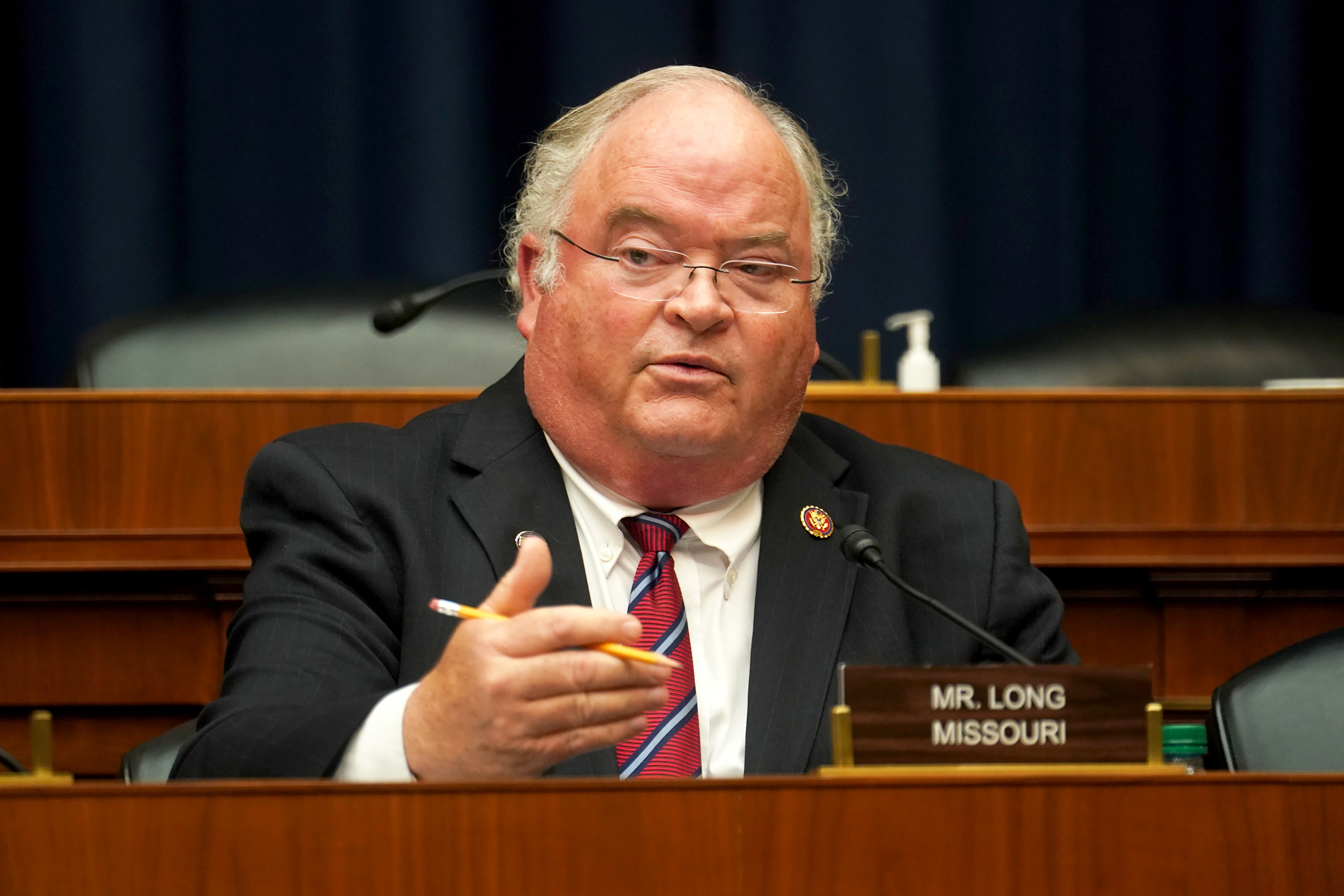 Traditionally, U.S. Senate candidates have gone to great lengths to appear responsible and mature, avoiding outlandish rhetoric that might make them look foolish. In contemporary Republican politics, things work a little differently: GOP Senate hopefuls running in competitive primaries often go out of their way to say ridiculous things, hoping to get some attention and impress the party’s far-right base.

With this in mind, Rep. Billy Long, running in a competitive Senate primary, has a strong incentive to make bizarre comments. Yesterday, for example, the GOP congressman unveiled what he described as his “platform” — which included having President Joe Biden making Donald Trump the vice president.

Why would this happen? Why would a Senate candidate include this in a “platform”? The answer doesn’t matter: Long’s idea was absurd for the sake of absurdity.

Around the same time, as HuffPost noted, the Missouri Republican shared some thoughts on mass shootings.

Rep. Billy Long (R-Mo.) was asked during an interview with Missouri radio station The Eagle 93.9 on Wednesday whether there was any appetite among Republicans in Congress to pursue changes to gun laws. It came in the wake of a gunman’s massacre of 19 children and two teachers in Uvalde, Texas. Long, who is running for the U.S. Senate, said guns aren’t the issue…. He said there are a few solutions but that the problem can be traced back to when abortion became legal nationwide.

“[S]omething has happened to our society,” Long said. “I go back to abortion, when we decided it was OK to murder kids in their mothers’ wombs. Life has no value to a lot of these folks.”

The comments generated a fair amount of attention, which was likely the point: Long will now tell Missouri primary voters, who are weighing their Senate options, that he caused a stir by connecting mass shootings to abortion without regard for reason or propriety.

In the process, the congressman added to his party’s unfortunate list of scapegoats intended to distract attention from guns.

Hopefully, some very patient person has compiled a comprehensive list of things Republicans have blamed for mass shootings, but off the top of my head, some of the more head-shaking contenders include the multitude of doors at schools, video games, and possibly even marijuana.

At an NRA gathering last week, Sen. Ted Cruz turned his attention to absent fathers, declining church attendance, social media, and video games. The Texas Republican added that “good guys” with guns can stop “bad guys” with guns — despite the painfully obvious fact that what transpired in Uvalde left this tired talking point in tatters.

Now, at least one GOP congressman is trying to add abortion to the mix because, well, why not.

John Harwood noted last week, “Rarely does one event expose the emptiness of a political party’s arguments as clearly as Uvalde has exposed Republican arguments against action on guns.”

I think that’s right, though it’s worth dwelling on the fact that Republicans apparently don’t believe they need arguments, per se. GOP voices aren’t trying to win a policy debate, they’re trying to get through a news cycle.

There’s a difference between bad arguments and unserious arguments, and if recent events have proven anything, it’s this: The problem is not just that Republicans’ claims are wrong, it’s that they’re not even trying to be right. In true post-policy form, the party is wholly indifferent to governing on the issue, since solutions might prove ideologically unsatisfying.

The result is a dynamic in which GOP is peddling ideas that are effectively policy gibberish in the hopes that some combination of time, distractions, legislative abuses, and policy inertia will once again leave gun laws unchanged. They might very well be right.