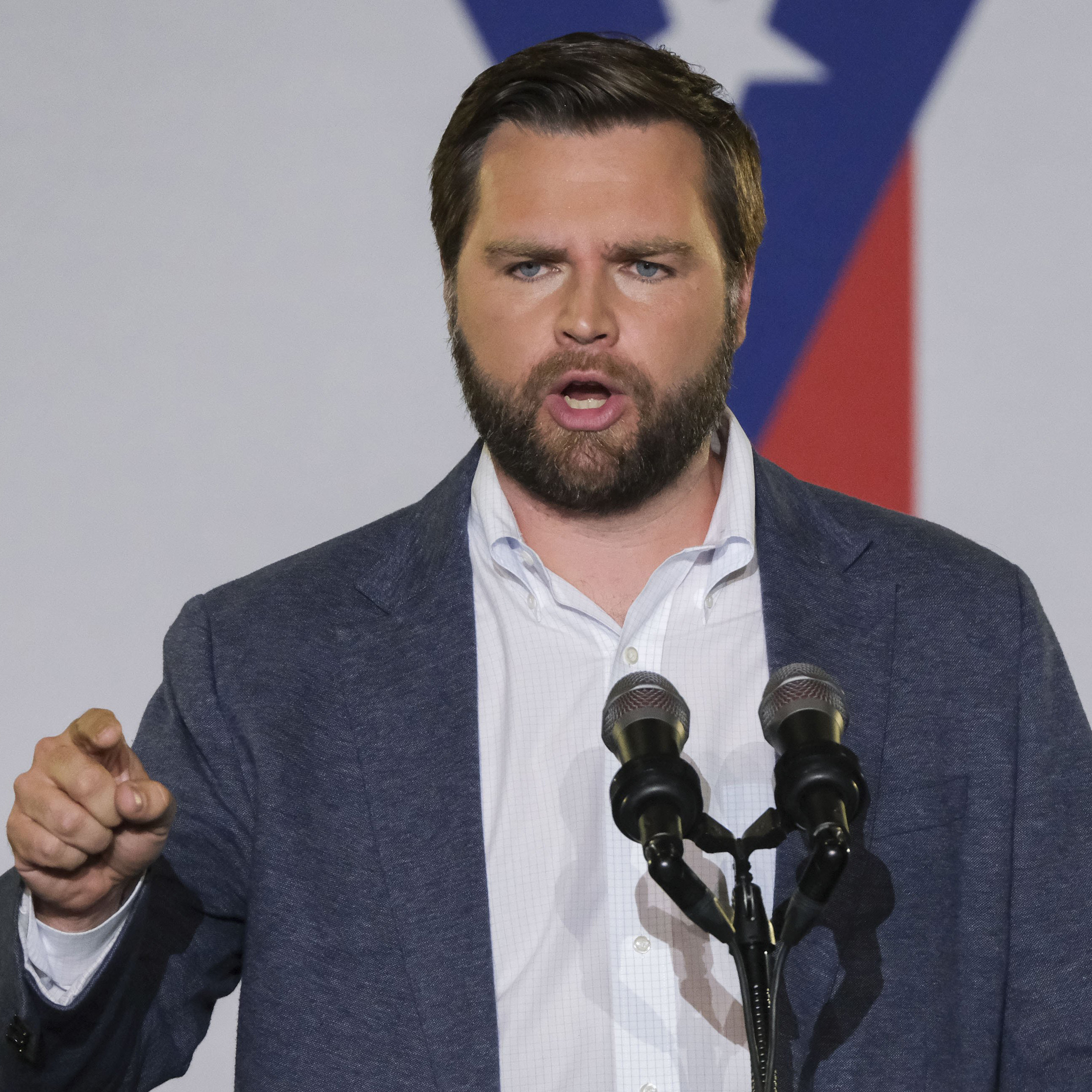 CLEVELAND — Ohio Senate candidate J.D. Vance, one of five Republicans eager for Donald Trump’s support in a competitive 2022 primary, doesn’t think his past criticism of the former president will cost him an endorsement.

“My intuition with Trump, it’s interesting, I think that he gets a certain kick out of people kissing his a–,” Vance told NBC News in a telephone interview Wednesday. “But I also think he thinks that people who kiss his a– all the time are pretty weak.”

“I think that he respects people who can defend themselves, who have their own ideas,” he added.

Vance — a venture capitalist and the author of the bestselling book-turned-Netflix movie “Hillbilly Elegy” — has spent the early days of his Senate campaign expressing regret for his negative comments about Trump in 2016. Several of his rivals also preferred other GOP presidential candidates before Trump earned the nomination or made similarly critical remarks. But Vance’s opponents have piled on with reminders of the time he said he “couldn’t stomach Trump” and other rebukes.

“I do think I have a chance at his endorsement, but he also told me very directly that he doesn’t want to endorse anybody right now,” Vance said, relating a conversation with Trump in a meeting the two had earlier this year. “He actually wants to see the race play out a little bit and see who among us is the strongest of the candidates. He is well aware that I criticized him in 2016. He’s also well aware that I’ve been on TV the last few years defending critical parts of his agenda when other people were not.”

In the years between “Hillbilly Elegy” and his Senate campaign, Vance became known for his provocative tweets on social media and cultural issues. He said Wednesday that he deletes his tweets periodically, including those where he was unkind to Trump.

“I’m a business guy and I don’t, frankly, like having a paper trail because, ironically enough, some of my pro-Trump tweets have gotten me in trouble with one of my business contacts,” he said.

Vance said his opinion of Trump improved after seeing him “reorient our trade policy in a pro-manufacturing direction” and make border security a priority. He also appreciated Trump’s commitment to anti-abortion activists through his judicial nominations.

And Vance has found common cause with Trump on “election integrity,” a calling card for Republicans sowing baseless doubt about President Joe Biden’s victory over Trump in 2020.Vance said he believes there’s room in the Republican Party for those who believe Biden won legitimately.

But he avoided a direct answer when asked if he believes Biden’s win was genuine, saying only that he thinks there were voting irregularities and media censorship by Big Tech that raised questions about the election’s fairness.

“I do think there were really serious problems,” Vance said. “I think there is a little bit of a weird double standard … where for the past couple of presidential elections that Republicans won, there have been Democratic criticisms of those election results. And I think it’s totally reasonable for Republicans, me or anybody else to say, ‘Look, there were some irregularities here.’”

“He’s the one Silicon Valley tech titan who’s been very critical of Silicon Valley’s power in our broader economy,” Vance said, shrugging off the contradiction.

Sen. Sherrod Brown, D-Ohio, has characterized the state’s Republican Senate field as “five kids on a playground sticking their tongues out at each other saying, ‘Donald Trump likes me more than he likes you.’”

Vance said he could see himself working with Brown, a progressive populist who has a friendly relationship with Ohio’s outgoing Republican senator, Rob Portman, whose decision not to seek re-election in 2022 triggered the crowded GOP primary.

“I’m going to work with anybody that I think I can work with to get that job done a little bit better,” Vance said. “I have no desire to go in there and antagonize anybody.”