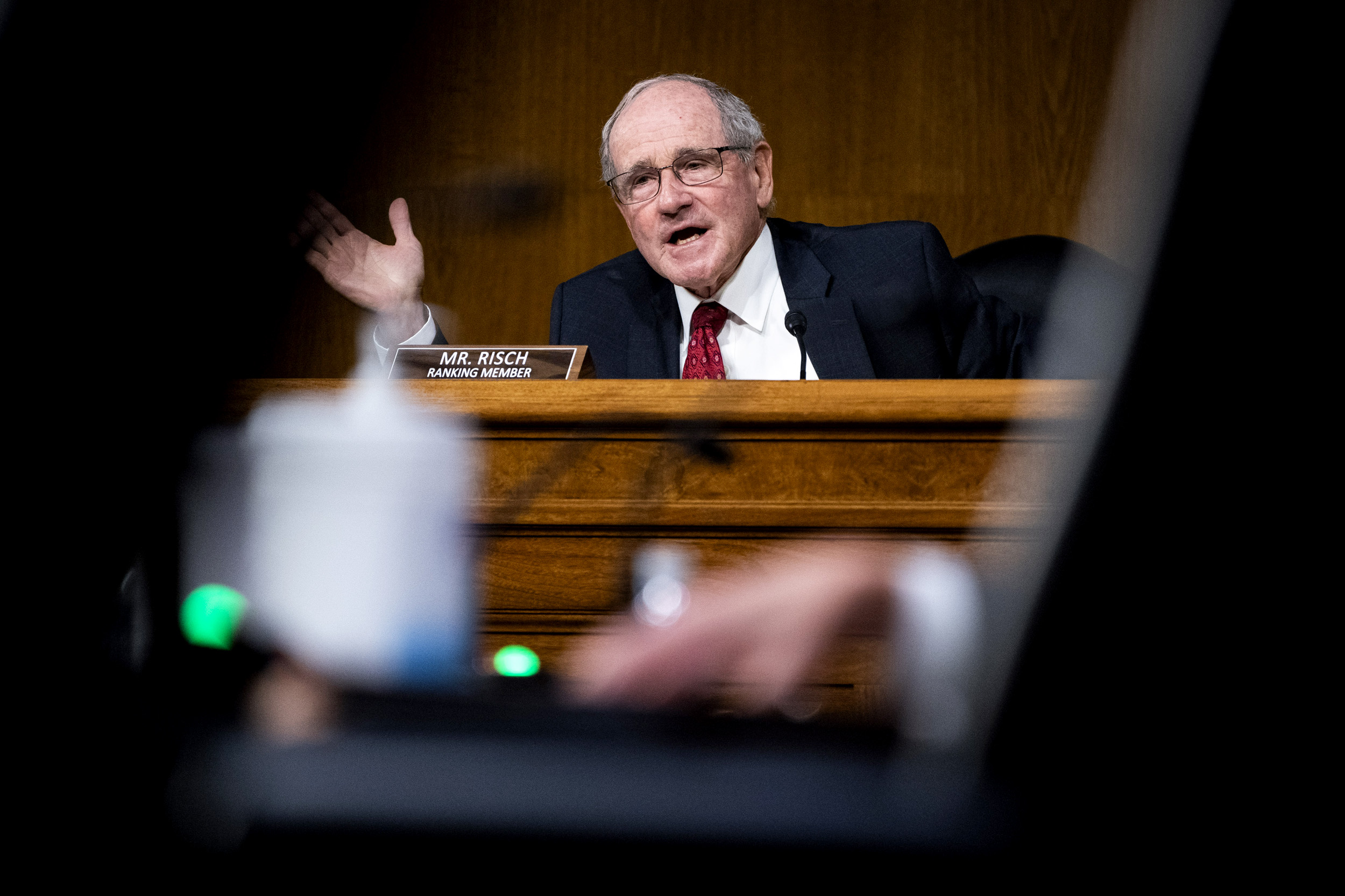 The Senate Foreign Relations Committee held an important hearing yesterday, pressing Secretary of State Antony Blinken on U.S. policy in Afghanistan and the end of the war. There’s been plenty of debate about the withdrawal of U.S. forces, and this hearing was the panel’s first real opportunity to get answers from the nation’s top foreign policy official.

Before the examination could even begin, it was easy to imagine the lines of inquiry. Was the withdrawal handled responsibly? What are the security implications? What is the status of efforts to remove Americans and our allies who are still on the ground in Afghanistan?

But Republican Sen. Jim Risch of Idaho, the committee’s ranking member, had a very different kind of question in mind. As the HuffPost reported:

Sen. Jim Risch (R-Idaho) had a burning question for Secretary of State Antony Blinken at Tuesday’s anticipated oversight hearing on the U.S. withdrawal from Afghanistan: Who keeps silencing Joe Biden? Risch, the top Republican on the Senate Foreign Relations Committee, asserted in the hearing that someone in the White House hit a “button” to stop Biden from speaking at a Monday event on the threat of wildfires in Idaho.

The Washington Post’s Amber Phillips noted that this was “an odd, factually inaccurate assertion” that “sounded more at home in a Donald Trump 2020 campaign attack than a serious hearing about U.S. foreign policy.” Pointing to Risch’s questions, Dana Milbank added, “This is what happens when an entire political party takes leave of reality.”

The story – to the extent that “story” is even the right word in this context – stems from a presidential event in Idaho on Monday. Biden was speaking with local officials when media access to the discussion ended, as often happens. There wasn’t anything remarkable about it.

But the Republican National Committee’s Twitter feed suggested someone on the president’s team cut Biden off mid-sentence, and some conservative media personalities concocted conspiracy theories about White House officials controlling the president’s ability to speak in public.

It was all quite nutty, but that didn’t stop the top Republican on the Senate Foreign Relations Committee from taking the nonsense very seriously.

Indeed, it was an unusually ugly effort to smear the president. “[Biden] can’t even speak without someone in the White House censoring it or signing off on it,” the senator claimed. “As recently as yesterday, in mid-sentence, he was cut off by someone in the White House who makes the decision that the president of the United States is not speaking correctly…. This is a puppeteer act.”

Soon after, Risch, indifferent to reality, asked the secretary of state, “It’s been widely reported that somebody has the ability to push the button and cut off his sound and stop him from speaking. Who is that person?”

Blinken replied that he had no idea what the senator was referring to. The nation’s chief diplomat answered with a grin, implicitly making clear that he found the line of inquiry to be laughable, but Risch did not appear to be kidding.

Which is a shame, because the display was a sad joke.

It’s difficult to choose which dimension of this was the most disappointing. Risch’s embrace of an obviously foolish conspiracy theory? His willingness to peddle such nonsense in public? His decision to put aside questions about U.S. policy in Afghanistan to push such an absurd question? The senator’s expectation that the secretary of state would have a detailed understanding of how White House communications operations work?

Perhaps most important is simply the fundamental lack of seriousness with which the Idaho Republican approached his responsibilities. It’s one thing for conservative media outlets and the RNC’s Twitter feed to dip their feet in the fever swamp, but there’s supposed to be a dividing line between the silly cranks and the Senate Foreign Relations Committee.

Risch reminded all of us yesterday that the line no longer exists.