To mark the ten-year anniversary of the 2010 earthquake that devastated Haiti, CNN’s Caitlin Hu last year interviewed Moise about the future of his presidency amid corruption allegations.

On the image of Haiti in the world today:

“I will tell you the truth: The image that we have today of Haiti, there are countries that discourage their citizens from coming to Haiti due to political trouble and turbulence…I know we need unity, solidarity, to learn to live together. That solidarity that we had in the wake of the (2010) earthquake, we need that solidarity with actors in the country to put the country on the path toward change, toward economic growth.

“(My administration) has seen that the State is not in service to the people. It was a revelation. I am working myself as head of state to put the country to the service of the people. How to do that? We have to rethink the very architecture of the state project.”

On corruption in the country (which the opposition accused Moise of allowing to flourish):

“I will stay my course, my battle against corruption is a battle without mercy, it is a battle to liberate the state from the laws of a few corrupt oligarchs to put the state to the service of the Haitian people, to make the state work for the wellbeing of the people and it’s toward that end that we have made reforms that will bring us all the growth that we want. But this cannot be done without political stability.”

Responding to critics calling for him to resign:

“We are going to work to change the constitution and have legislative and local elections. Under the protection of the new constitution, Haiti will finally begin to live. There is no choice but to work together, in solidarity — it is an obligation to unite around this goal.”

On the gutting of parliament:

“This is a serious situation, but one we have known in the previous three decades. Between 1990 and 1999, we had a similar situation under president René Préval, and we spent more than a year without a parliament in this country. And then in 2015, I believe under President Martelly, we spent 12 months, perhaps even 15 months, without parliament. So this isn’t a completely unprecedented situation.

On whether he would accept being evacuated from the country, in the case of another earthquake: 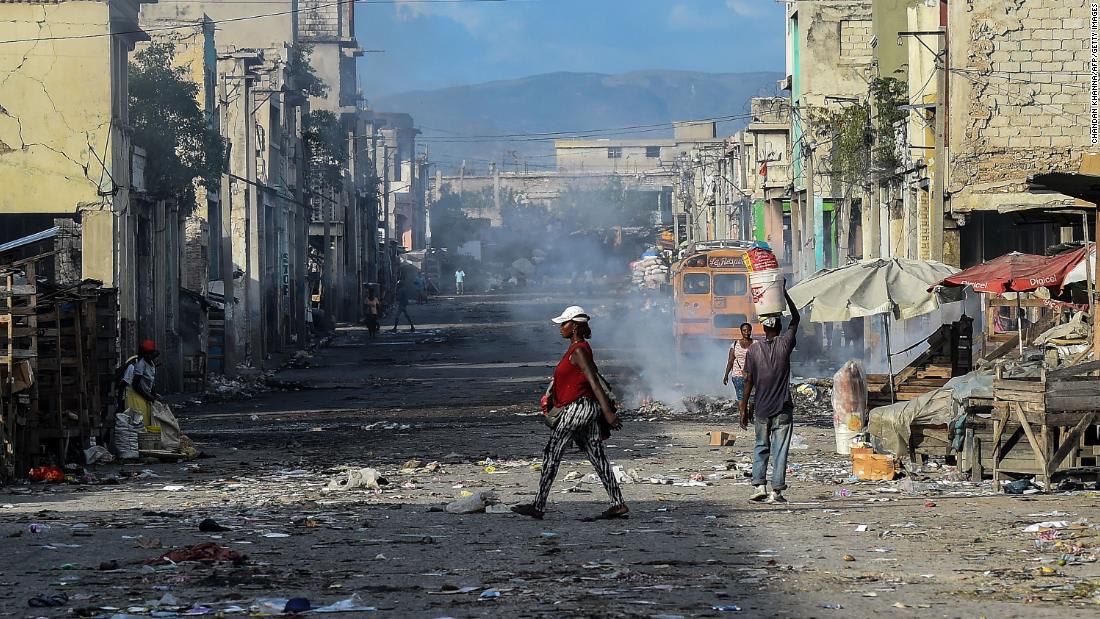