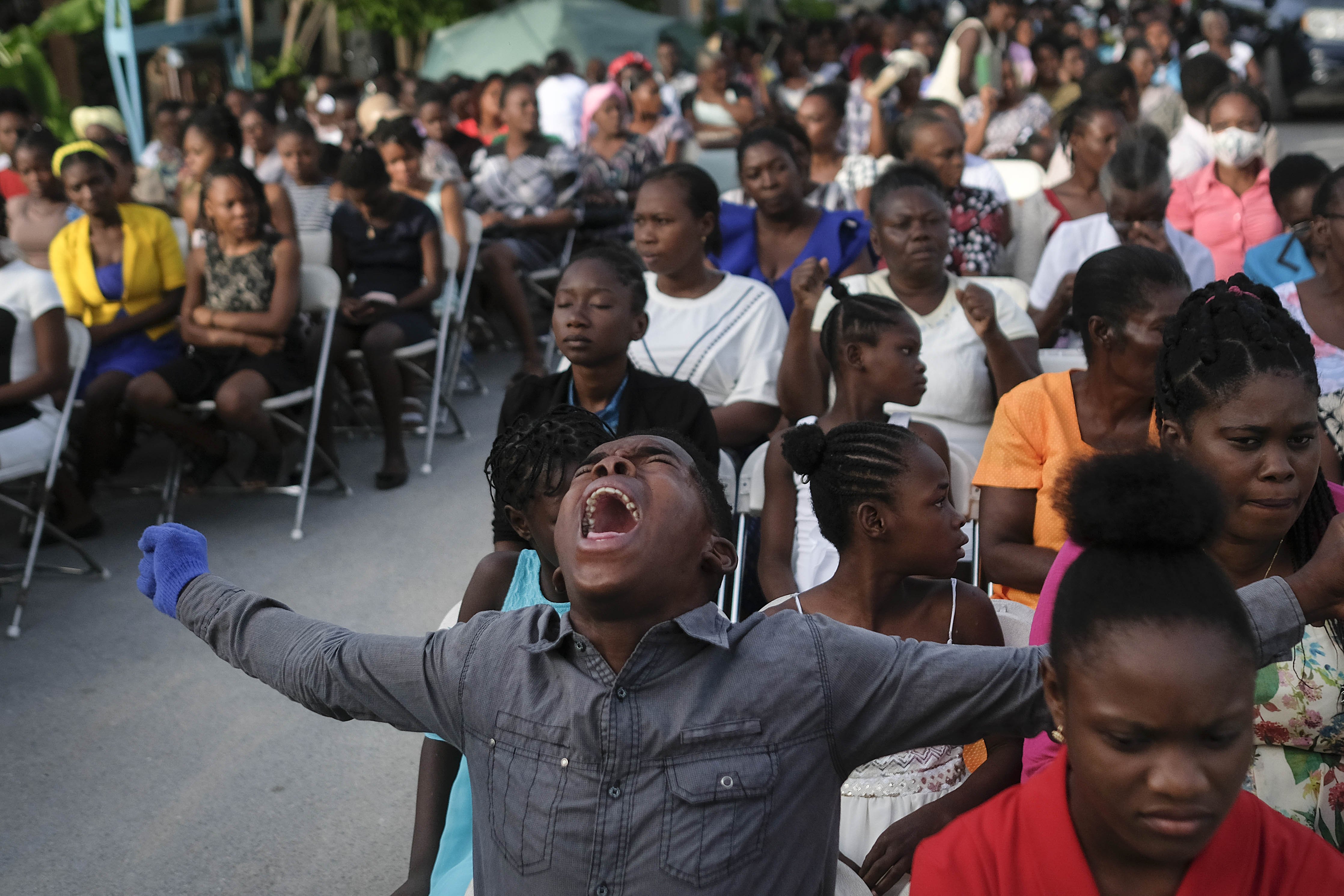 LES CAYES, Haiti — Haitians resumed services at damaged churches Sunday, sometimes for the first time since the devastating 7.2 magnitude earthquake on Aug. 14, as the country’s Civil Protection Agency raised the death toll to 2,207.

The new toll comes at a time when relief operations are expanding, but authorities have struggled with security at distribution points. Gangs have hijacked aid trucks and even ambulances, forcing relief workers to transport supplies by helicopter. In places, desperate crowds have scuffled over bags of food.

On Sunday, one of the capital’s most powerful gangsters announced in a social media video that his allied gangs had reached a truce and would assist in relief efforts. If that proves to be true, it might allow an acceleration of relief efforts.

“We want to tell them that the G9 Revolutionary Forces and allies, all for one and one for all, sympathize with their pain and sorrows,” Cherizier said. “The Revolutionary Forces G9 and allies … will participate in the relief by bringing them help. We invite all compatriots to show solidarity with the victims by trying to share what little there is with them.”

The increase in the death toll was the first since late Wednesday when the government put it at 2,189. The government said Sunday that 344 people were still missing, 12,268 people were injured and nearly 53,000 houses were destroyed by the quake.

In Les Cayes, many attended church to mourn those lost and give thanks for their own survival.

At an evangelical church in the Bergeaud neighborhood, parishioners sang hymns under beams of sunlight streaming through holes in the roof and walls.

Pastor Sevrain Marc Dix Jonas said Sunday’s service was special because his congregation had been unable to meet since the quake.

“Today was a must,” Dix Jonas said, standing below a gaping opening high in his church’s facade. “To thank God. He protected us. We did not die.”

His church was one of the few where congregants could worship inside. At many others, services were held in the street outside collapsed sanctuaries.

Taking that into account, the Roman Catholic church in Les Cayes moved its morning service to 6:30 a.m. to avoid the heat of the day.