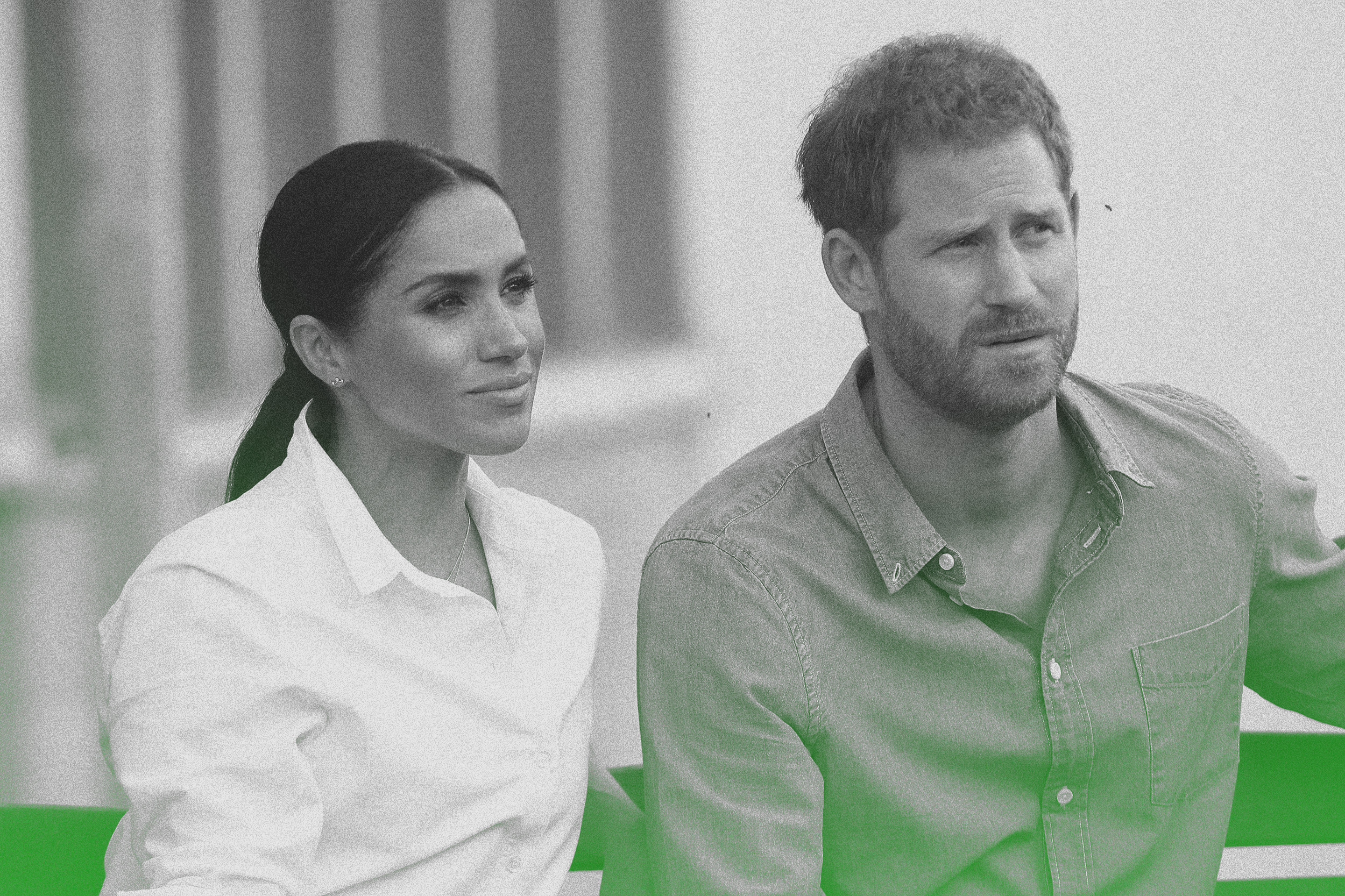 Prince Harry and Meghan, the Duchess of Sussex, have been in desperate need of cash.

Last year, after they decided to step back from being working members of the British royal family, they were cut off financially — and were given a mere allowance of some $6 million to transition to “financial independence.”

Fortunately for them, they were able to swiftly leverage their celebrity into some lucrative content partnership deals with Spotify and Netflix, reportedly worth well over $100 million combined. That would seem to mean they’ve secured quite a lot of money. But as Harry and Meghan settled into their modest $15 million estate in Montecito, California, in a bid to “live authentically” and get “back down to basics,” it seems they’ve discovered more money is needed to fund their new earthy lifestyle.

In another stroke of fortune for the couple, they’ve been able to make a major foray into the investment business. This week, The New York Times reported they joined Ethic, “a fintech asset manager in the fast-growing environmental, social and governance space, as ‘impact partners’ and investors.”

According to the Times, they also hope to be poster children for sustainable investing:

Harry and Meghan can make E.S.G. [environmental, social and governance] investing part of pop culture in a way that, say, BlackRock’s Larry Fink can’t. “From the world I come from, you don’t talk about investing, right?” Meghan told DealBook in a joint interview with Harry. “You don’t have the luxury to invest. That sounds so fancy.”

“My husband has been saying for years, ‘Gosh, don’t you wish there was a place where if your values were aligned like this, you could put your money to that same sort of thing?’” Meghan said. They were introduced to Ethic by friends, she said.

Harry and Meghan said they hoped that their involvement would help democratize investing, making people — especially younger people — more deliberate in their choices and conscious of investing in sustainable companies. “You already have the younger generation voting with their dollars and their pounds, you know, all over the world when it comes to brands they select and choose from,” Harry said, suggesting it was a natural extension to do the same with investments.

OK! Well, let’s speak plainly now: Harry and Meghan are trying to characterize their agenda to get rich in the world of high finance as something intended for the public good — and it’s mostly nonsense.

ESG investing — investing in assets in an environmentally friendly, socially responsible way — is a highly questionable and sometimes outright deceptive enterprise. As experts and operatives in the finance world have pointed out, the ESG label is unregulated and opaque. Funds can charge clients higher fees for assets that are, in fact, not doing the ethical things they’re supposed to be doing. For example, fossil fuel-free funds can fund fossil fuels, in part because most people don’t actually know what investments they’re holding in their baskets of funds. And because ESG portfolios are guided by such a broad and inconsistent set of criteria (ranging from employee development to health and safety to supply chains), even ExxonMobil, a major oil company, can be rated as a green investment by premier ESG raters.

There’s one clear reason they’d get into finance: to make money, and lots of it.

“There’s a lot of green-washing, of woke-washing, a lot of washing within this category of ESG,” Marilyn Waite, a program officer in environment at the William and Flora Hewlett Foundation and the author of “Sustainability at Work,” told Vox’s Emily Stewart recently.

In other words, investment funds can exploit the ESG label to charge higher fees but benefit from the fact that they’re largely held unaccountable for where investors’ money is actually going.

And while Harry may think these investments involve “voting” with one’s dollars about company behavior, some experts say that’s not actually what’s happening. Lisa Sachs, who heads Columbia University’s Center on Sustainable Investment, told me that an ESG fund does “not change the problematic practices in our economy; it just allows an investor to build a portfolio that they’re more comfortable with.”

“That’s fine … [but] what is concerning is leading millennials or any retail investors or anyone in the economy to believe that we can solve societal problems through ESG portfolios,” she continued. “These are problems that need policy solutions.”

The issue, she pointed out, is that when an ESG portfolio divests from any given company, another investor will simply snap up those assets.

“Excluding certain stocks from a portfolio doesn’t have any impact on the cost of doing business for that company,” she explained. ESG portfolios don’t offer the scale or typically the engagement strategy required to get troubling companies to change their management style or practices.

Sachs told me she wasn’t previously familiar with Ethic, but based on a brief look at their website and publicly available materials she said it did not appear that they offered a drastically different strategy in their approach to ESG funds than other investment firms.

But perhaps on some level this whole appraisal of ethical investing is taking Harry and Meghan too seriously. We can step back and look at this more simply: These are two intelligent, competent people who are extremely rich and unfathomably socially connected. They’ve spoken over and over again about elevating voices that aren’t being heard and making the world more inclusive. But there’s one clear reason they’d get into finance: to make money, and lots of it.

Their dressing up this latest gig as something virtuous and socially conscious is a diversion. Their hope of cloaking their role as marketers for this firm as democratization — for a population that can barely even afford to save money for a minor emergency, let alone invest — is insulting to our intelligence. There are a million things this power couple could’ve chosen to do with their money, and they chose to make more money.