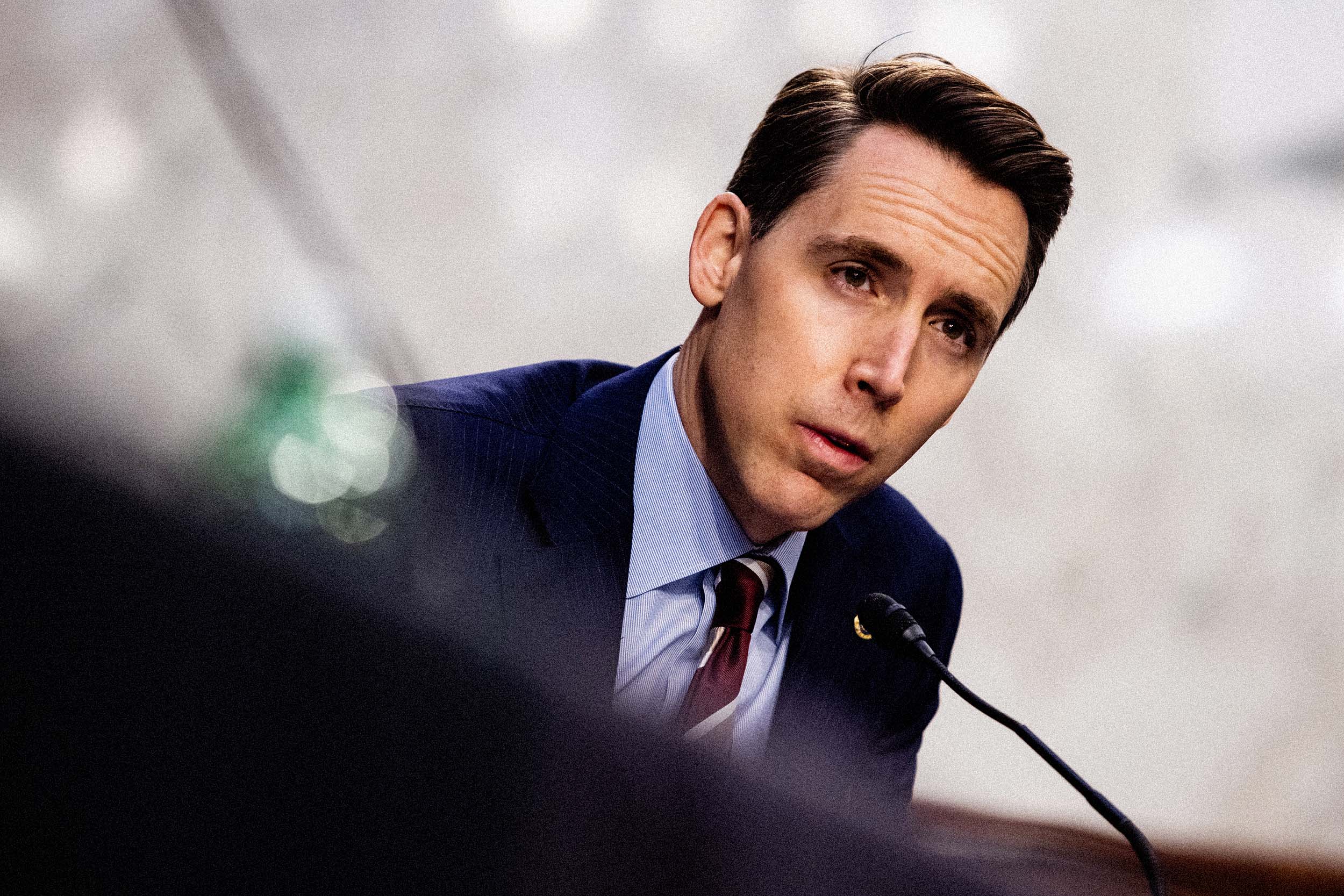 No organization wanting to truly tout the best of manhood would let Hawley within a mile of its doors.

Over the weekend, Hawley attended the Stronger Men’s Conference, an event hosted by the ultraconservative James River Church in Missouri that’s billed as a way to teach men “to live out God’s view of manhood.”

It was a two-day, all-male affair involving monster trucks, flames, bull riding for some reason and, of course, enough ’80s electric guitar to fill a “Top Gun” soundtrack. Plus, a whole lot of preaching.

I should note: One thing not on this year’s agenda? Yoga. Likely because the church’s pastor has said it’s “demonic” and “diametrically opposed to Christianity.” Real Christian men apparently don’t stretch. They sit still with their backs all knotted up while watching lifted trucks catch wicked air with the fellas. And if you happen to want that experience for yourself, you’re in luck! The event’s promoters announced they are bringing it back next year — with Hawley as a keynote speaker.

But that kind of gets at the fundamental credibility issue with all of this programming, doesn’t it? It’s already ridiculous, and I’d argue demeaning, to depict manhood in the adolescent, stereotypical ways this guy-getaway does. On top of that, no organization wanting to truly tout the best of manhood would let Hawley within a mile of its doors.

This is a person whose claim to fame is rejecting the results of a free and fair election because he didn’t like the outcome; a person who sheepishly cowed to then-President Donald Trump’s demand that senators fight to keep him in office; and a man who showed support for protesters outside the Capitol who shared his apoplectic delusion that Republicans actually won the White House in 2020.

Hawley is a coward who represents the worst kind of human being. Any organization lifting him up as a model for men deserves even less respect than he does.