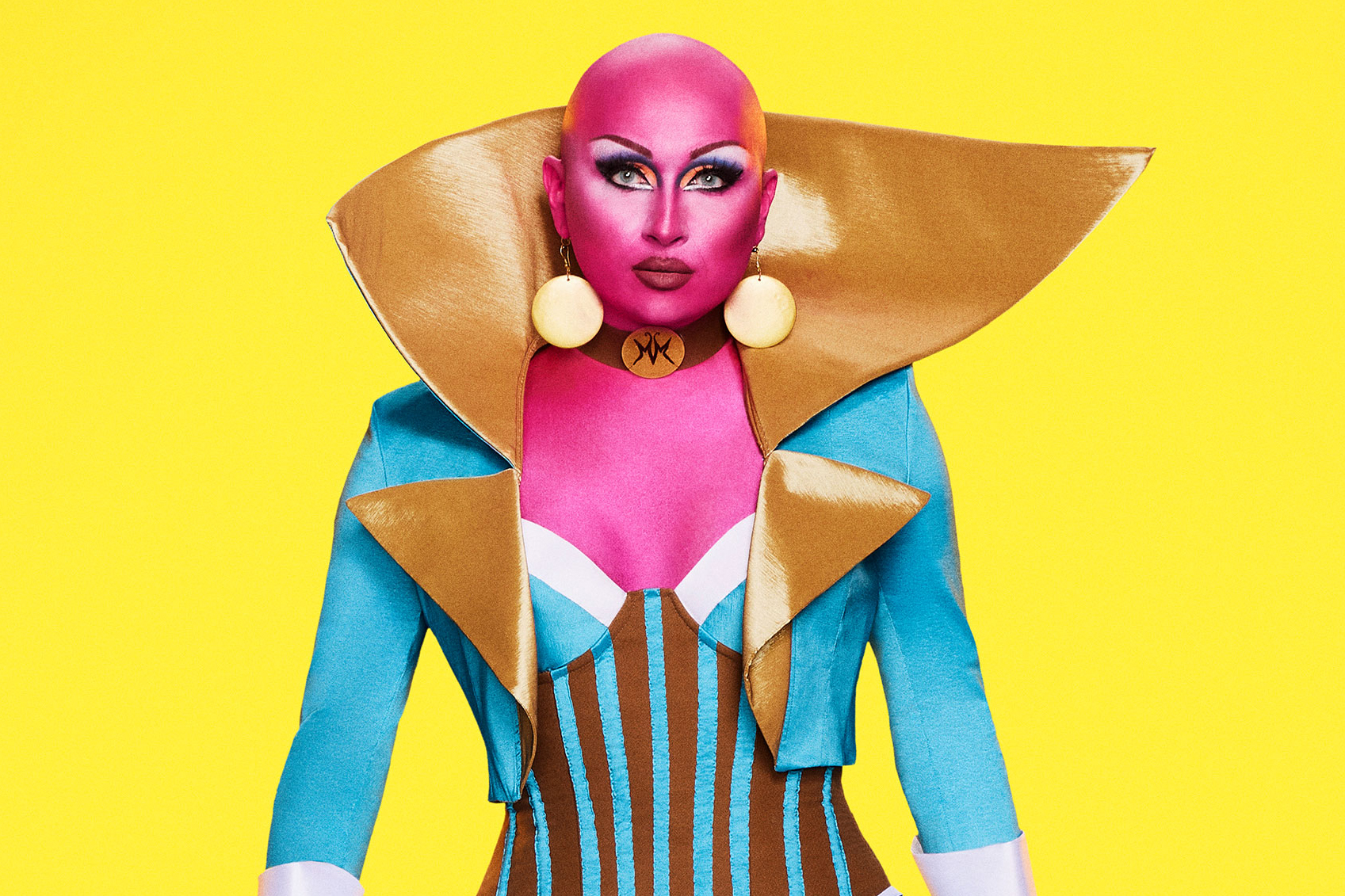 Known for its over-the-top personalities and larger-than-life femininity, “RuPaul’s Drag Race” is no stranger to breaking barriers.

Since it launched in 2009, the competition series has become a global phenomenon, giving mainstream legitimacy to a nightclub art form and transforming small-town performers — including Trixie Mattel, Bianca Del Rio and Alyssa Edwards — into worldwide celebrities.

But when the show announced last week that it had cast its first straight, cisgender male drag queen, Maddy Morphosis, for its coming season in January, fans questioned whether they were prepared for the series, which is known for making “her-story,” to make “his-story.”

Some argued that having a cisgender, straight man compete in the Olympics of drag would be an encroachment on a scene that is largely dominated by LGBTQ people.

“Imagine being a drag queen having drag as your safe space from all the straight men that made you feel like you don’t belong…and now you’d be competing against a straight white guy… on a show centered on queerness?!?!” one user wrote on Twitter.

Others criticized Morphosis’ casting, saying he was taking an opportunity away from gay and trans drag queens vying for a coveted spot on the series.

“All I’m saying is that there should have been at least two hundred more queer women on drag race before a straight man,” another wrote.

But from its beginning, “Drag Race” has repeatedly redefined who is and what it means to be a drag queen.

In its first season, “Drag Race UK” featured a bisexual contestant, Scaredy Kat, who was dating a girl while he was on the show. The third season of “Drag Race” featured Victoria Scone, who identifies as a lesbian, as the first cisgender woman to compete in the series. And last year, “Drag Race” cast its first trans male contestant, Gottmik, who is also pansexual.

“When I first got announced on the show, I was flooded with people who did not think I should be on the show or I shouldn’t be doing drag. I feel like she’s going through the exact same thing right now,” Gottmik told Variety in an interview on Wednesday, referring to Morphosis.

“Drag is for everyone. It’s an art form. It’s not about your identity,” Gottmik added. “And as long as she knows where drag came from and the references and just the background of the sacred form that drag truly is, she’s gonna be fine. And turn it, you know?”

RuPaul himself has weighed in on the debate of who belongs in the drag world. Speaking to The Guardian in 2018, he made much-criticized remarks challenging the idea of trans women’s performing in drag.

“You can identify as a woman and say you’re transitioning, but it changes once you start changing your body,” he said. “It takes on a different thing; it changes the whole concept of what we’re doing.”

Maddy Morphosis addressed the online fanfare this week, acknowledging the loud reactions but adding that the drag scene could be “safe space” for him and other straight people, as well.

“The people I met, and the experiences I had helped me understand more about gender and sexuality, what it meant to me, and where I fit in with everything,” he wrote on Twitter. “If there’s a message that I hope to convey to people, it’s that you don’t have [to] inhabit the box society puts you in just to be comfortable in your own sexuality.”

Regardless of the debate over who should or should not perform in drag, some argued in defense of Morphosis that drag is less about representation and more about an art form that embraces the LGBTQ community.

“Are we being betrayed by Maddy’s casting? I would say no,” social media star Bussy Queen, whose YouTube channel is dedicated to reviewing episodes of “Drag Race” and has over 160,000 subscribers, said in a video this week. “At the end of the day, doing drag is not an identity: It’s a performance, a celebration of gender, a celebration of LGBTQ+ Pride.”

In his defense of his casting, Morphosis said he is “not here to show the world that ‘straight guys can do drag.’”

“I think one of the best things to come out of my casting is that it’s kicking up a lot more talk about representation in the drag scene. And I hope that it helps lead to more marginalized groups being showcased and represented,” he wrote.

Other bigwigs in the drag world also played down the significance of Metamorphosis’ casting, saying it was “low-hanging fruit” for LGBTQ backlash.

“For all of those who are concerned about queer people and queer spaces, check out their Twitter, their Instagram, and see if there’s anything on there about the Senate passing the Equality Act,” Lady Bunny, a drag icon and longtime friend of RuPaul’s, told NBC News, referring to landmark LGBTQ equality legislation pending in Congress. “We are so dumb-downed and so unaware of our own rights that gay communities will run around acting like this entertainment thing is the be-all and end-all of gay rights.”