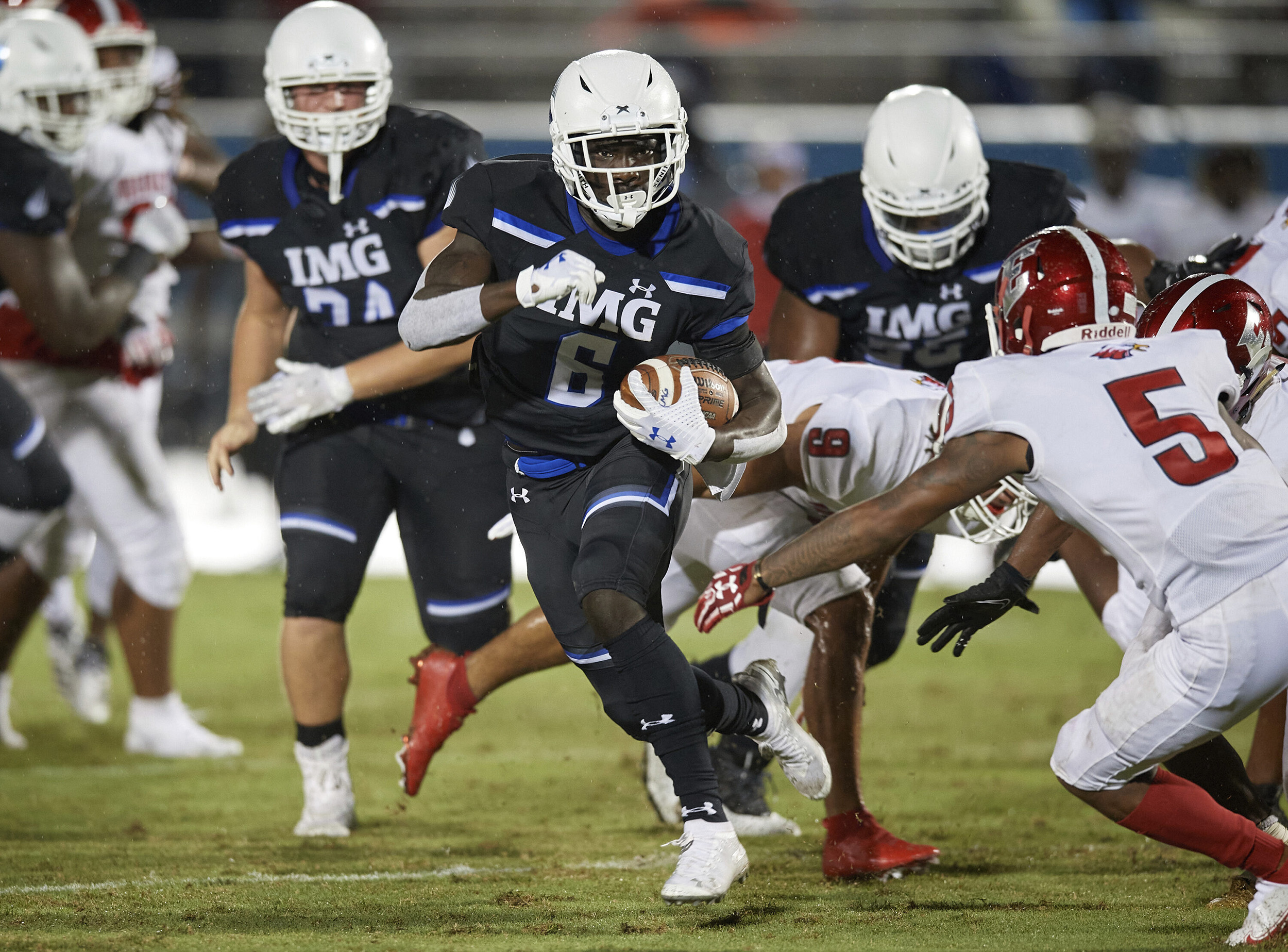 But when you turn on your television and see “high school football” on ESPN and its family of networks, what you are seeing bears little to no resemblance to what we have always thought of as high school football, or even what we saw on “Friday Night Lights.” And we may have the bizarre story of Bishop Sycamore to see thank for that.

In a scandal so ridiculous it at first seems like a terrible joke, a group of hucksters calling themselves a high school football team called Bishop Sycamore tricked ESPN (and Paragon Sports, which books high school games for ESPN) into letting them play on its flagship station last week against IMG Academy, a football factory in Florida that will provide some of the top freshmen throughout college football next season. The scandal is truly too remarkable to sum up in a paragraph here — I’d recommend this thorough Awful Announcing piece — but somehow Bishop Sycamore put together a team of mostly grown men, called it a “high school” team and got on national television. Why were they able to do this? That’s the true scandal: The team they were playing isn’t an ordinary high school either.

That’s the thing about the “high school football” you watch on national television: It’s only there as a way to showcase the individual players hoping to play college and professional ball. It’s not like there are legions of “IMG Academy” fans beyond parents and friends of the players. Bishop Sycamore didn’t seem to have a fixed campus environment or a rigorous academic syllabus (and its classes were all based online). But IMG Academy more closely resembles an assembly line for collegiate programs than a mainstream high school. Privately owned and operated by the William Morris Endeavor agency, IMG is explicitly designed to funnel talent to college programs and, eventually, professional ones. (And it costs many tens of thousands of dollars a year for students not on scholarship.)

The reason the con men behind Bishop Sycamore wanted to play IMG Academy was because it gave them instant credibility; it’s like a junior college playing Notre Dame. But Notre Dame is an actual college, with actual students, actual classes, and a long history of things that are not sports. IMG Academy is not that. That Bishop Sycamore — and most other programs like it — saw it as Notre Dame is an indictment of the whole notion of this lucrative corner of high school sports.

The problem is not that Bishop Sycamore did something so different than what other academies pretending to be “high schools” are doing. The problem is that they did it so much worse. They were so bad at the grift that they gave up the game.

The problem is not that Bishop Sycamore did something so different than what other academies pretending to be “high schools” are doing. The problem is that they did it so much worse.

In a terrific piece for Defector, writer Casey Taylor broke it down perfectly:

IMG Academy is little more than a talent-laundering service. William Morris Endeavor, one of the biggest talent agencies in the world, literally owns the private school that churns out the top athletes that it later signs to endorsement deals. … [Bishop Sycamore is] the natural outcome of the amateur athletics ecosystem, a shadow world in which where there’s a ton of money floating around — or at least potential paydays down the road — and no legitimate means to get it to the players.

Bishop Sycamore is bad, and will likely face well-deserved consequences (their coach has already been fired, and the Ohio governor is pushing for an investigation) as a result of their scam. But that scam is not dramatically different from what other high-level “high school” football teams are doing every week on television.

This is not the sport of stereotypically rock-jawed quarterbacks, and crowded bleachers, and cheerleaders, and a whole community coming out to cheer on its hometown team. IMG Academy, Bishop Sycamore, or any of the corporate programs have little to no resemblance to that Americana fantasy.

These programs exist because there’s a lot of money to be made off unpaid amateur athletes, at the collegiate level and the high school level. If you’re not paying attention, you can watch a high school football game on television and almost find it charming, like a Little League game. Don’t be fooled. The biggest losers of the Bishop Sycamore fiasco will be the young athletes and their families who signed on to play for a mostly fictitious school. The silver lining is, hopefully, that the exploitative nature of this allegedly mainstream entertainment is revealed for what it is.

Bishop Sycamore is now a punchline. But it’s also just as ugly as everything else. Probably uglier.