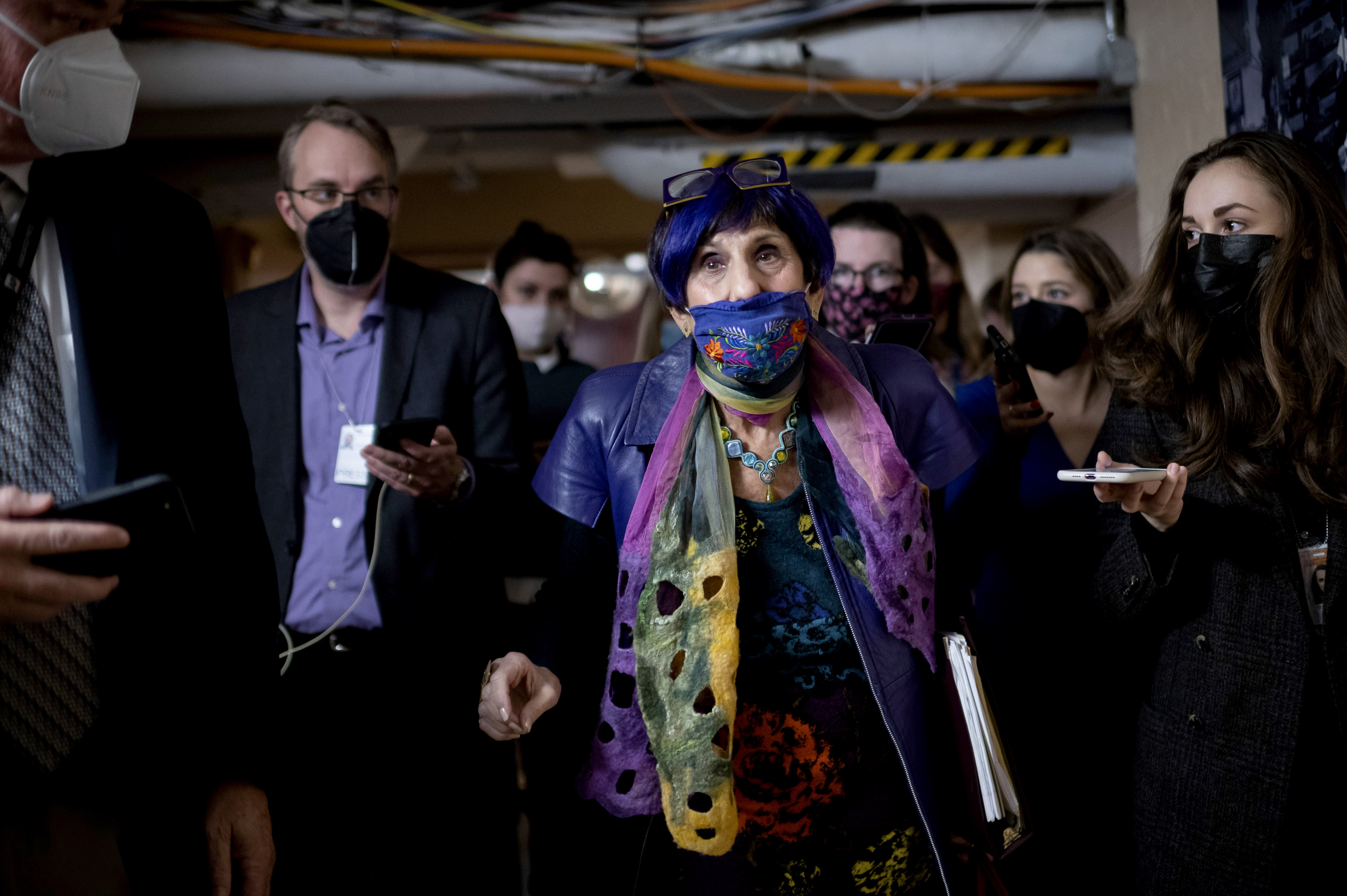 WASHINGTON — House Democrats are planning to bring a short-term government funding bill to the floor Thursday that would prevent a shutdown before the Friday night deadline.

House Appropriations Committee Chairwoman Rosa DeLauro, D-Conn., announced Thursday morning that House Democrats have agreed to move forward with a continuing resolution that would keep the government funded through Feb. 18.

She said that the bill has “virtually no changes to existing funding or policy,” although she said that it includes $7 billion for Afghanistan evacuees. She also said that this agreement will allow lawmakers to craft a longer-term agreement that would take effect next year.

The House is expected to consider the measure Thursday, though the timing for a vote has not yet been announced.

Preventing a government shutdown isn’t guaranteed. Republicans in the House and the Senate have signaled that they want to delay passage of a spending bill over objections to the Biden administration’s Covid-19 vaccine mandates for workers.

The conservative House Freedom Caucus urged Senate Minority Leader Mitch McConnell, R-Ky., in a letter Wednesday to slow down the process in the Senate.

The conservative caucus is essentially threatening a potential shutdown to push back against President Joe Biden’s vaccine mandates, which have been tied up in the courts.

A pair of Republican senators, Mike Lee of Utah, and Roger Marshall of Kansas, are also threatening to delay the government spending bill if funding to enforce vaccine mandates is included.

McConnell, however, made it clear Tuesday that he doesn’t want a shutdown. ​​

“We won’t shut down,” he told reporters. “I think we’ll get there, and certainly nobody should be concerned about a government shutdown.”

Congress must pass a government funding measure by the end of Friday or risk a shutdown Saturday.