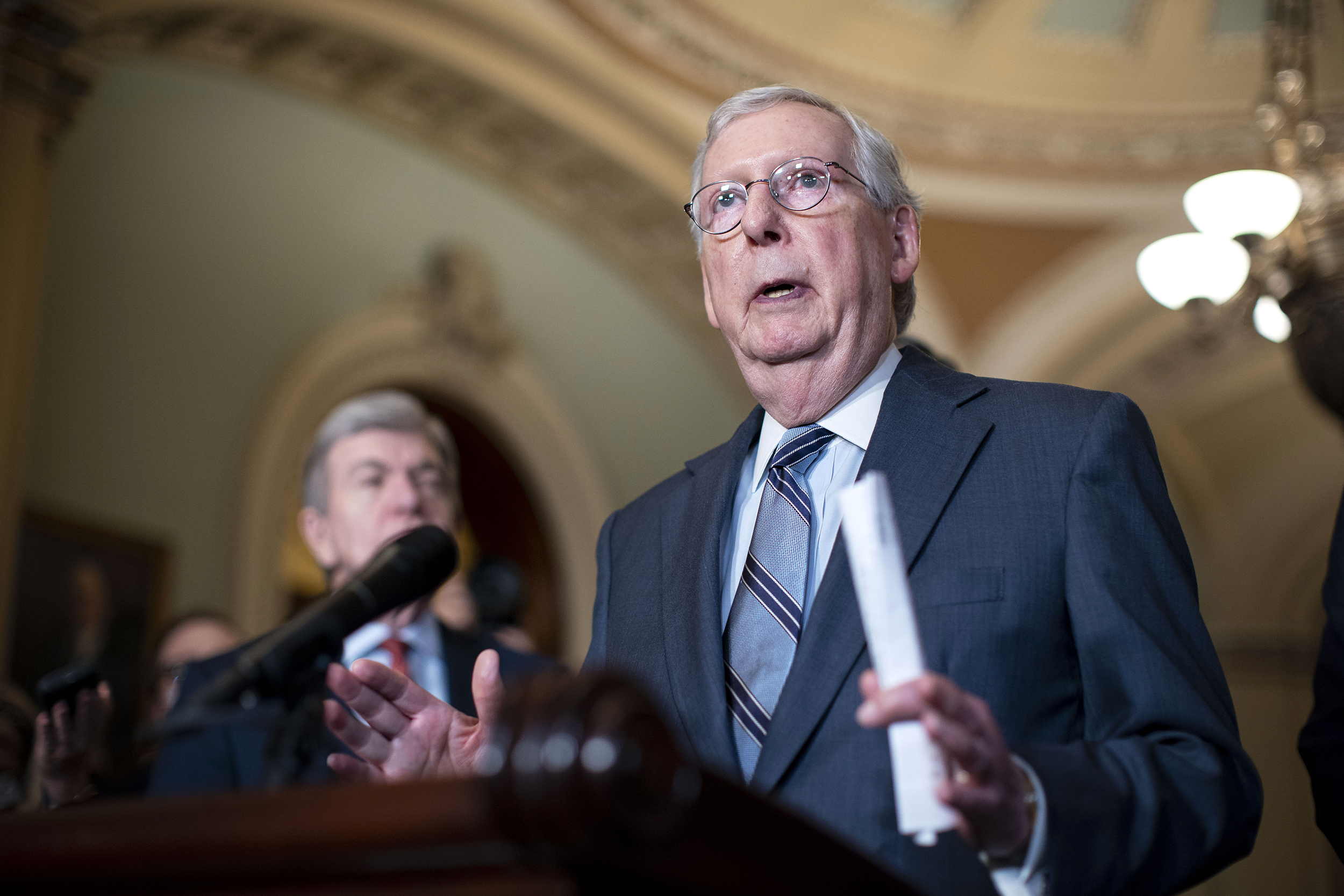 WASHINGTON — The House is scheduled to pass a short-term increase in the debt ceiling Tuesday to enable the Treasury to continue borrowing money to pay the bills for two months.

The measure, the product of a last-minute deal struck in the Senate, offers only a temporary reprieve, and it is likely to set up another round of fighting in December.

The deal would set a new deadline of Dec. 3 to hit the debt ceiling again. Senators and aides said last week that the Treasury would most likely have some wiggle room beyond that to continue meeting obligations.

It would also set up another fight in December when the new deadline lapses. Senate Minority Leader Mitch McConnell, R-Ky., struggled to get Republican votes to approve the short-term deal after backing off his position in the final stages.

McConnell sent a letter Friday telling Biden that he “will not be a party to any future effort” to resolve the debt ceiling problem, insisting that Democrats use the more circuitous budget process, which Senate Majority Leader Chuck Schumer of New York and numerous other Democratic senators have ruled out.

McConnell got rare criticism from Senate GOP colleagues for what they called a “capitulation” to Democrats, with some saying he “blinked” to save the filibuster rule as he sought to relieve pressure on pivotal centrist senators to use the so-called nuclear option to change the rules.

Former President Donald Trump, the de facto leader of the party, who appears to be building a campaign for the White House again, also piled on, dubbing him “folding Mitch McConnell” for agreeing to a debt limit increase without concessions. (In 2019, Trump argued as president that the debt ceiling should not be a bargaining chip.)

Increasing the debt limit would not authorize new spending. It would enable the government to pay bills that Congress has racked up under the leadership of both parties over many years.