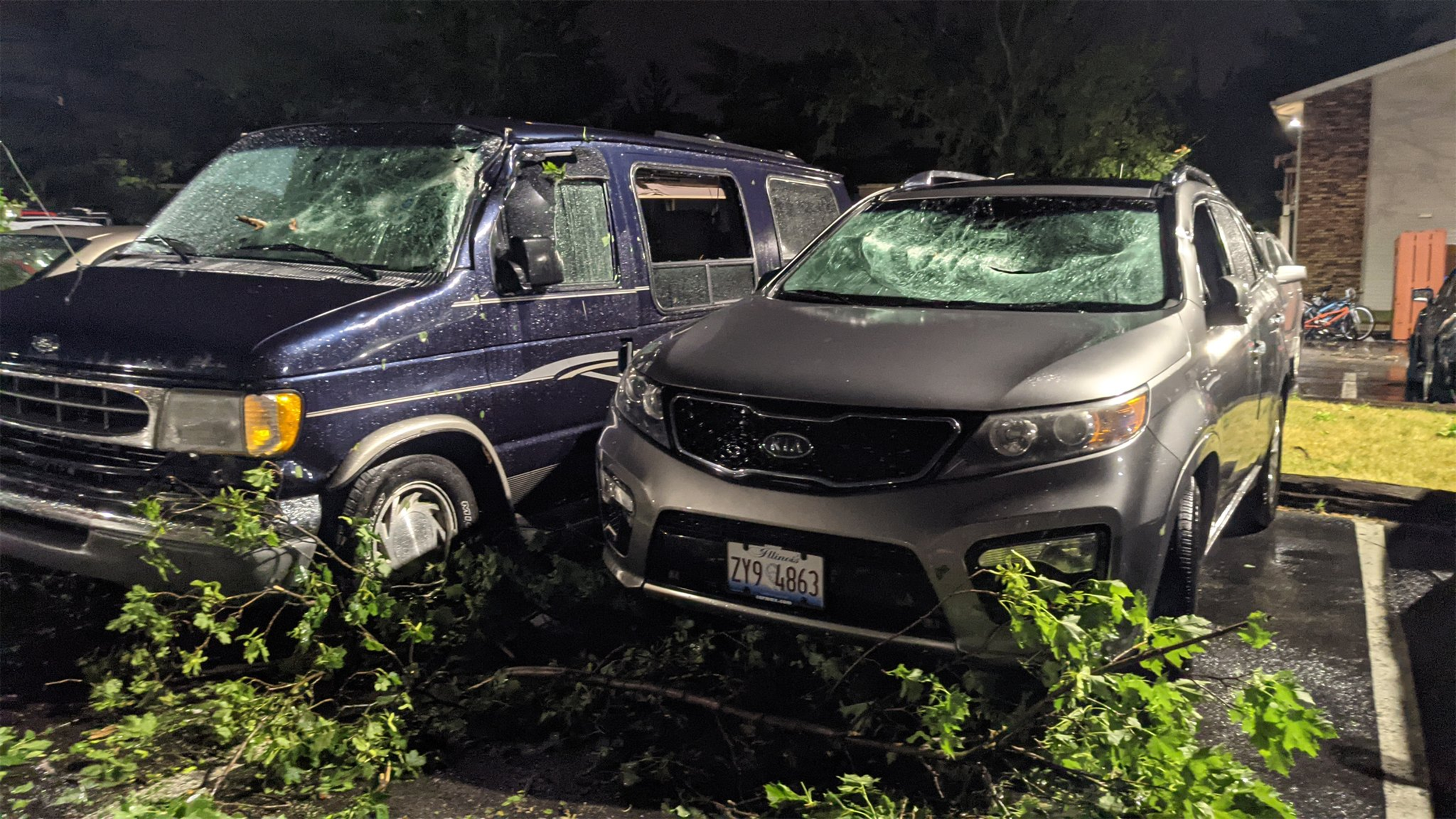 At least five people were injured and a dozen homes were damaged in a possible tornado outbreak in Illinois on Sunday, officials said.

The tornado touched down shortly after 11 p.m. Sunday near the suburban town of Woodridge, about 30 miles southwest of Chicago, according to the National Weather Service. The storm outbreak traveled east and ended shortly after 1 a.m., the NWS said.

At least five people sustained minor injuries, and a dozen homes were damaged, including roofs, trees and windows, according to Naperville Fire Chief Mark Pucknaitis. Some areas also had downed power lines and reported gas leaks.

Pucknaitis estimated that there were at least 20 people displaced in the wake of the storm.

Fire and rescue teams are expected to canvass the tornado’s path early Monday to assess further damage and injuries, he said.

The NWS issued a series of tornado watches and warnings as the tornado ripped through the suburbs of Chicago on Sunday evening.