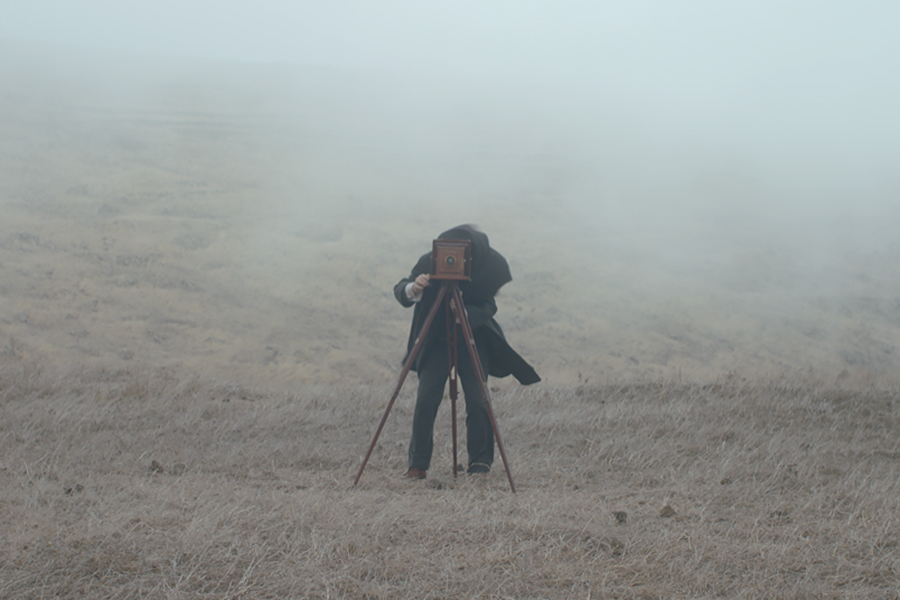 Chile’s Oscar submission for best international film premieres Friday in New York and Los Angeles. And director Théo Court takes viewers back just over a century in “White on White” to uncover the horrors of colonialism and the legacy that it has left in many countries.

“I believe that there is something global in the history of colonization and the way that it has perpetrated itself throughout the hemisphere,” Court told NBC News in a phone interview. “We identify and empathize with elements of it. And I am shocked that the events that inspired the film took place just over one hundred years ago. That closeness to history compels us to examine it.”

Court says that he wanted to make a Western movie in the South and describes the Patagonian landscape as a “powerful place where an exterminating angel could have passed through and eliminated absolutely everything.”

But he also wanted to debunk some of the basic elements of Westerns, especially how places inhabited by Indigenous peoples are misrepresented as “pristine territories” or “new lands without law.”

“White on White” introduces the grim subarctic landscape of Tierra del Fuego through the perspective of the photographer Pedro (played by Alfredo Castro), who is commissioned by Mr. Porter, a wealthy entrepreneur who never appears on screen, for his wedding. And the film is bookended by two different types of portraits.

The director says this was inspired by the real-life portraits of young women that were staged by Lewis Carroll — the author of the children’s classic “Alice in Wonderland.”

Pedro then stages other photos of Mr. Porter’s workers, including a portrait of armed men standing next to the nude body of a dead Indigenous person.

Court says that this series of photos is inspired by the real-life portraits that were taken by Julius Popper (Julio Popper in Spanish), who in the late 1880s documented the massacre of the Selk’nam tribe as he was killing them in Tierra del Fuego to raise money for his gold expedition.

Popper was a Romanian-born engineer who after traveling through Asia, the Middle East and the American hemisphere, settled in the large island of Tierra del Fuego at the southern tip of Latin America, which is divided by Chile and Argentina.

He minted his own gold coins, printed his own stamps and documented the massacre of the Selk’nam, posing heroically with his armed men over the naked corpses of murdered tribe members in staged war pictures to raise money in Buenos Aires.

“What we need now is for you to take a photograph of the workers carrying out their duties of security and exploitation,” says one of Mr. Porter’s managers on screen after Pedro hands over two mutilated ears from a dead tribe person in exchange for payment. “We want a record, because we are making history here. Carving out a homeland.”

Court says that off screen, Popper paid a bounty in sterling pounds to those who brought the ears and testicles of dead tribesmen and the breasts of dead tribeswomen. He estimates that in roughly 15 years, up to 5,000 Selk’nam were either murdered or died from disease.

“There are very few vestiges of that history and the genocide that occurred there,” Court said. “And I think it’s very important to show the atrocities that are hidden in our American history.”

“Roughly three-quarters of the Indigenous population, before the arrival of the Europeans, was concentrated in two areas of the hemisphere” — Mesoamerica, which extends from mid-Mexico south to northern Costa Rica, and the Central Andes, which extends south from Ecuador, along western Bolivia, to northern Argentina and Chile, he said in a phone interview.

Comparatively, Moya says that the populations at the ends of the hemisphere were less dense and less sedentary. And as a result, the professor points out that racial inequalities and racial tensions are often much higher in places where larger Indigenous populations were conquered (like in Mexico, Guatemala and Bolivia) or in places where the history of slavery was widespread.

In the case of Chile and other countries with smaller Indigenous populations, Moya said that European immigrants arriving en masse centuries after the original conquerors and colonizers were entering societies based on egalitarian ideals. However, he underscored, these places were far from paradises.

“There were Indigenous people there before the Europeans, and they were the losers. To this day, when you look at places like Chile and the U.S., Indigenous populations are often the poorest, the most marginalized,” he said. “So while you have these apparent egalitarian societies, it’s a contradiction. Even in the most egalitarian places, there are inequalities. And some of these inequalities are connected to race and ethnicity and origin.”