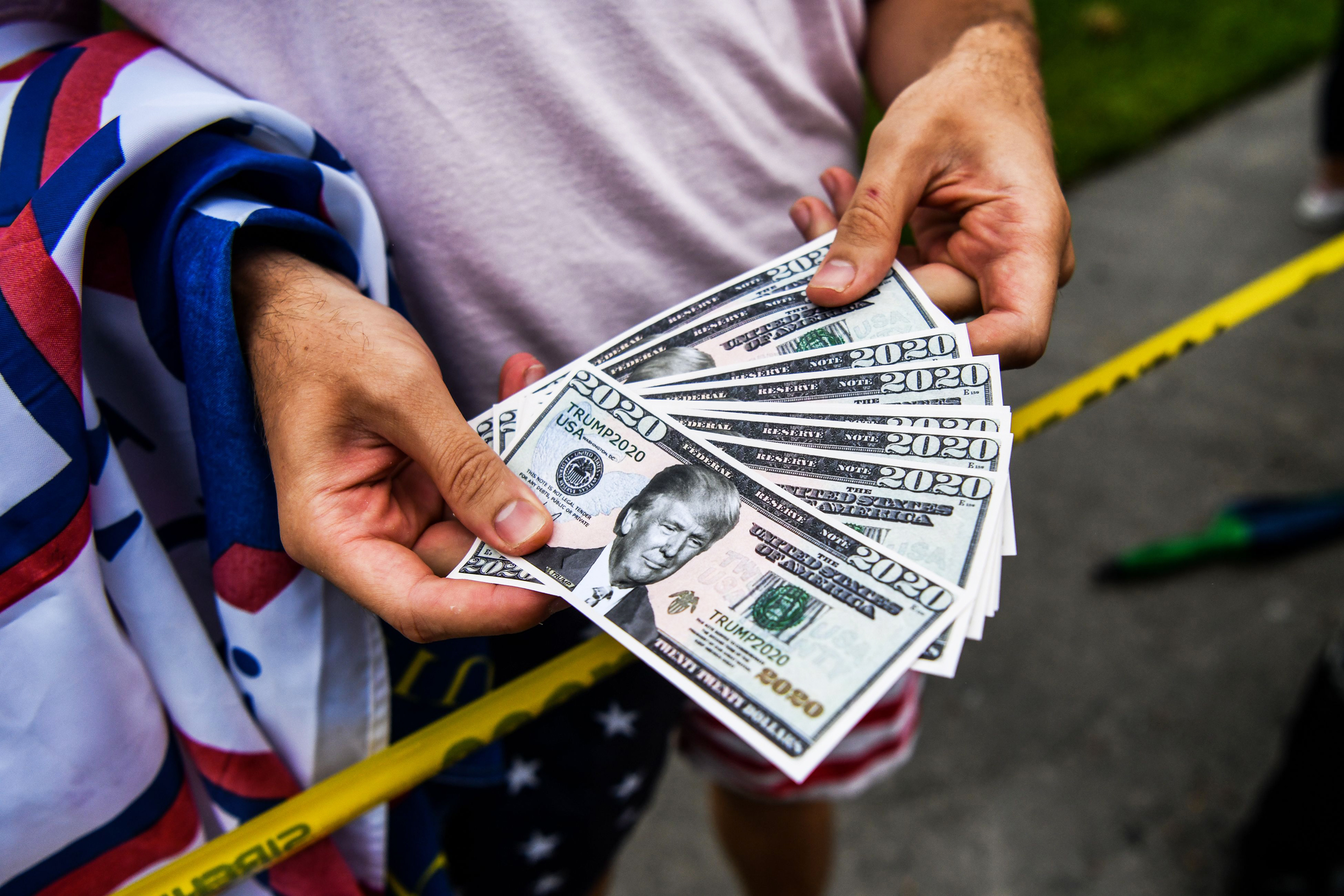 WASHINGTON — Republicans are taking a decidedly Trumpian approach to the possibility of a U.S. default: Only a sucker pays debts.

They want Democrats to be those suckers, and they will get their way. The Democrats are ready to shoulder the political hit to pay debts incurred by former President Donald Trump, who slashed revenue and spent profligately, and they are trying unsuccessfully to shame Republicans into walking away from a Senate floor showdown Wednesday.

“Democrats will meet our responsibility and obligation to this country,” President Joe Biden said Monday. “We’re not expecting Republicans to do their part. They’ve made that clear from the beginning. … We’re just asking them not to use procedural tricks to block us from doing the job that they won’t do.”

What Biden said hints at the real fight going on between Republicans and Democrats.

The GOP wants to force Democrats to rewrite the once-annual budget resolution — for a second time — to create a filibuster-proof debt-limit bill. That would give Republicans another shot at offering dozens or hundreds of amendments that divide Democrats and can be used against them in next year’s midterm elections. It would also delay the rest of Biden’s agenda by locking down valuable Senate floor time.

Democrats argue that a new budget “reconciliation” process would take so long — about two weeks, according to experts on the process — that the country would risk an inadvertent default. The Treasury Department estimates that the statutory cap on the debt will be hit Oct. 18.

For all of those reasons, Democratic leaders don’t want to rewrite their budget.

“A few more days, a few more votes they’d rather duck,” Senate Minority Leader Mitch McConnell, R-Ky., said Monday. “The Democratic leaders running America are saying with a straight face that the entire U.S. economy should live or die based on the procedural convenience of Washington Democrats.”

What McConnell didn’t say is that the Republican position is that the economy should live or die on the GOP’s refusal to pay the staggering bills Trump racked up with their votes.

Democrats will take a stab at suspending the debt limit Wednesday, but Republicans are expected to filibuster — denying the Senate the 60 votes needed to move to a vote on the bill.

That would leave Democrats with two options: restarting the reconciliation process or suspending the Senate rule that governs filibusters.

For Republicans, the political choice is clear: either force Democrats to allow votes on other topics or walk away with nothing. That means forcing Democrats to go back to the budget maneuver.

“There is no chance the debt limit is raised outside of reconciliation,” a GOP strategist and former Senate aide said.

But Democratic leaders are ever-hopeful that lawmakers who have been protecting the filibuster will have a change of heart based on the potential calamity of a default. If they vote to suspend the filibuster for the debt limit, that would open the door to doing the same on other issues. In theory, that could happen as early as Wednesday, but a senior Democratic Senate aide told NBC News it is unlikely to happen.

Most Democrats have had it with debt-limit fights and the filibuster.

“I do believe that 50 percent plus one ought to carry the day with the debt limit, as well as with people’s civil and constitutional rights,” House Majority Whip Jim Clyburn, D-S.C., said on MSNBC on Tuesday. “We have some archaic rules that we need to just get rid of. This debt limit business is archaic and needs to be thrown to the trash pile.”

But there has been no indication that Democratic senators who favor keeping the filibuster power in place have been moved by the arguments of party leaders.

It should come as no surprise to Democratic leaders that McConnell will fight to extract as much political pain from them as possible. Even if Republicans don’t give a single vote to prevent a default, they calculate that the party in power — Democrats — will pay the price of an economic collapse.

For more than a dozen years, since the tail end of the Bush administration, a growing faction of the Republican Party has embraced financial calamity. When Wall Street faced chaos in the fall of 2008, House Republicans voted down then-President George W. Bush’s first shot at a bailout. They did it even though a financial meltdown would clearly burn most of their own constituents.

During the Obama era, tea party Republicans raged at every dime spent by the federal government. Republicans in Congress, led by McConnell, used the debt limit repeatedly as political leverage to force Obama to hold down taxes and spending.

Now, in another evolution, the Trump-dominated Republican Party has abandoned the concept of leverage. The GOP doesn’t have a legislative agenda. There is no deal to be struck because Republicans don’t want anything from Biden but political advantage.

“We have no list of demands,” McConnell wrote in a letter Monday to Biden.

Republicans say there is no point in trying to negotiate policy with majority Democrats.

“Despite the fact that Democrats are in charge of this government, the activist left has chained their dealmakers to the back bench,” the GOP strategist said. “And the left won’t give Republicans lower taxes or reduced spending, so we’ll take their majorities instead.”

McConnell’s letter can be seen as the most stark acknowledgment to date that Republicans prioritize the failure of the Democratic Party over any set of policies or the economic stability of the country.

That win-at-all-costs mentality — with the costs borne by someone else — is a reminder that the Trump ethos is alive, well and dominant in the Republican Party.