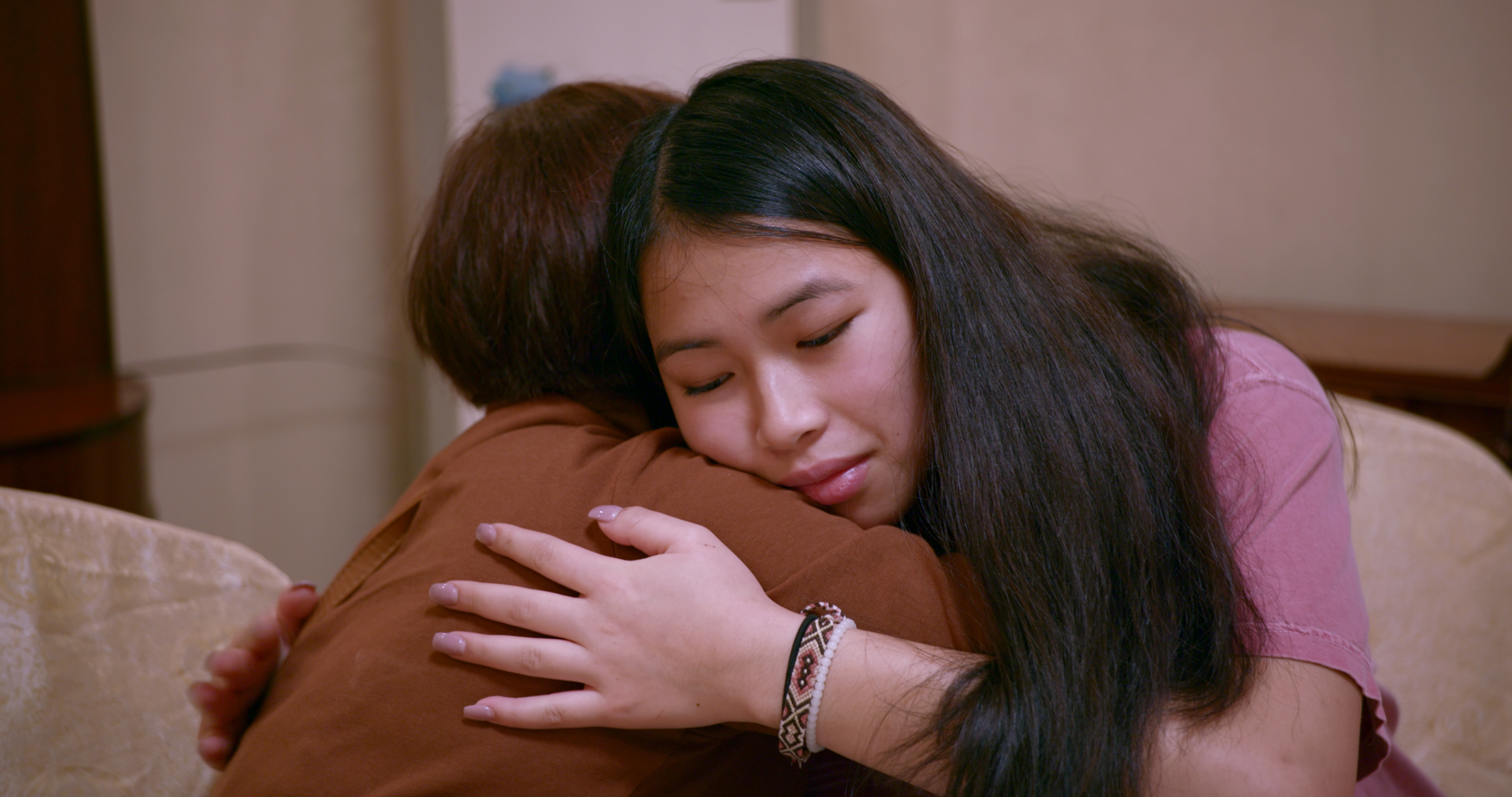 Amanda Lipitz has produced and directed several films before, but she knew right away that her most recent documentary, “Found,” would require an extra level of care.

“Found,” released Oct. 20 ahead of November’s National Adoption Month, follows three Chinese American teen girls as they take DNA tests to discover more about their families of origin. It’s already a delicate topic and a vulnerable age for the subjects, but making it even more complex is that one of the teens featured is Lipitz’s own niece, Chloe.

“I was talking to someone the other day and I said, ‘This is the riskiest move I’ve ever made,’” Lipitz told NBC Asian America. “Because it is my family and you so want to get it right.”

Chloe Lipitz was adopted from a Chinese orphanage when she was 15 months old. In seventh grade, she tried the DNA testing service 23andMe to see if she could learn more about her birth family. She and her parents were startled to discover that two of her cousins were in the 23andMe database — and they were both American adoptees around her age.

She and her newfound cousins, Lily Bolka and Sadie Mangelsdorf, quickly began video chatting and texting with one another as if they were lifelong friends. The film shows them discussing everything from their highly varied upbringings to what it was like being Asian American adoptees in a society that often misunderstands their experiences.

“I think the central theme that we always came back to was this idea of self-exploration, self-discovery and finding the courage to do that,” Gou said.

In addition to exploring the lives of the three Chinese American adoptees at the heart of the film, “Found” examines the cultural and societal factors that led thousands of Chinese children to be placed with families in North America and Europe since 1979, when China introduced its one-child rule. From 1999 to 2018, American families adopted about 81,600 children from China, according to the State Department.

“I couldn’t imagine that there wasn’t incredible pain and anguish and questions about where these babies were and where they had ended up,” Lipitz said of Chloe’s, Lily’s and Sadie’s birth families.

Lipitz said she was inspired to create a film about adoption when she saw a picture of her niece in China. The photo shows one of the nannies who cared for her handing her to her new adoptive mother.

“Who was that woman in the picture that hands her to my sister-in-law with this huge smile and tears in her eyes?” Lipitz recalled thinking.

That question is why Lipitz began the film interviewing nannies at Chloe’s former orphanage.

Gou said she was drawn to producing “Found” because themes of identity and belonging have always been central to her work. A producer of the hit film “The Farewell,” she noted there are similar themes in both works. One particular moment in the documentary many viewers have responded to is when Sadie recalls a friend’s Chinese American father being very excited to meet her — until he discovered that she does not speak Chinese.

“I grew up bouncing back and forth between East and West, so I am very much in between,” said Gou, who was born in Singapore and spent parts of her childhood in China, Taiwan and Los Angeles. “I think in the case of, you know, folks like Lily, Sadie and Chloe is that, like, disconnection with part of your roots, right, but then when you get to a certain age, those questions start getting louder.”

Gou and Lipitz said they hope the film is one that adoptees and their families can watch together.

“A lot of adoptees have been reaching out” since the film began streaming, Lipitz said. “They were our first priority. We were making this film for them.”

Lakshmi Gandhi is a contributor to NBC News.