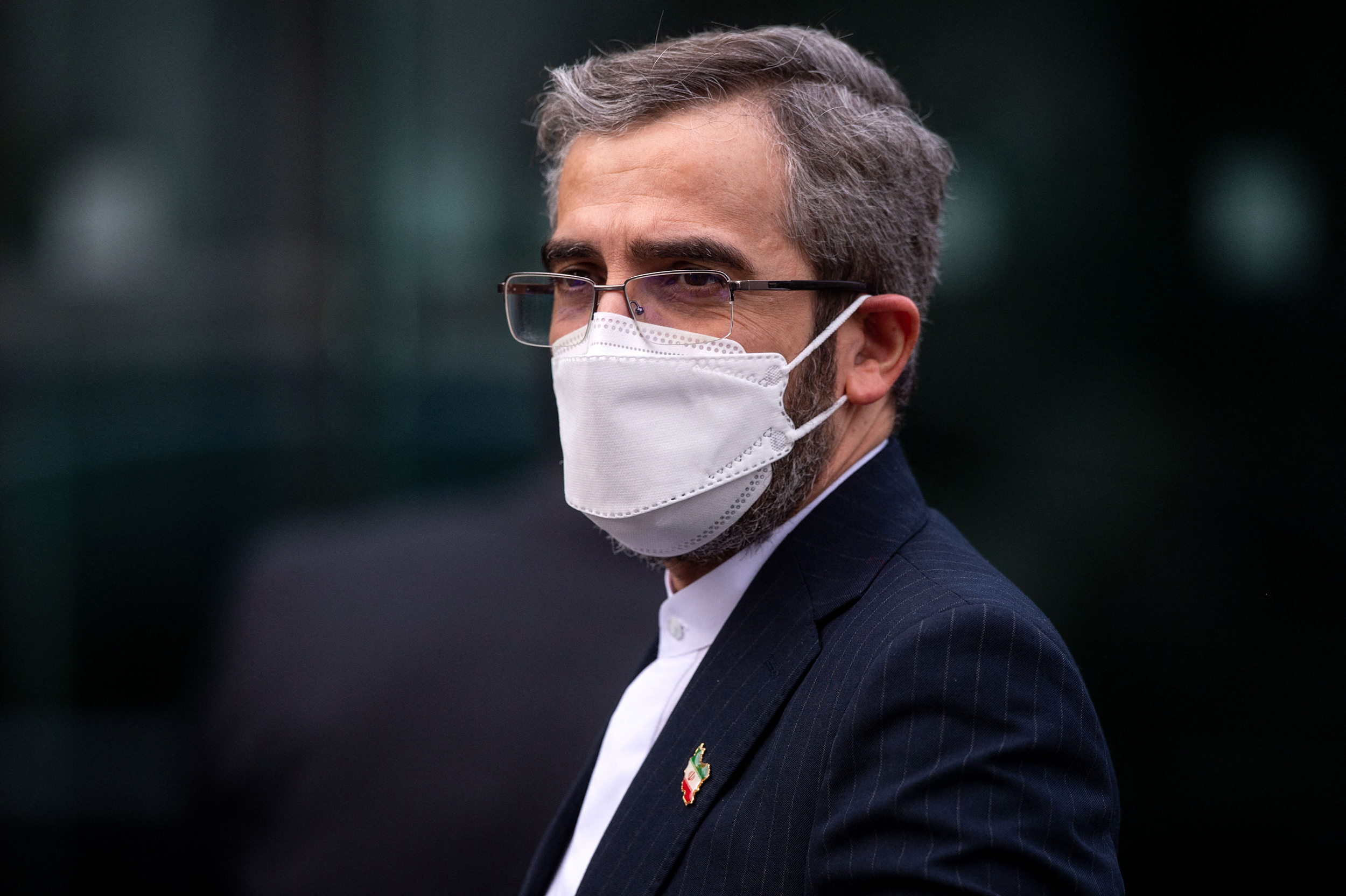 With the resumption of Iran-U.S. nuclear talks Monday, the U.S. should reconsider its approach if it wants negotiations to succeed. “Carrots and sticks” is an old metaphor that suggests that the right mix of punishment and rewards can force countries to change their behavior. But since 2018, when Donald Trump pulled the U.S. out of the 2015 Iran nuclear deal, the U.S. has been stuck on punishment. The past three years should tell us that we can’t force Iran to press ahead in nuclear negotiations with coercion alone.

The past three years should tell us that we can’t force Iran to press ahead in nuclear negotiations with coercion alone.

The chief instrument of U.S. punishment against Iran has been a wide-ranging economic sanctions campaign, targeting 80 percent of Iran’s economy and prohibiting it from exporting goods to the rest of the world. Iran has been subject to U.S. sanctions intermittently for over 40 years, so when the U.S. reimposed them in 2018, it was devastating — not unprecedented. In 2000, the plurality of U.S. sanctions worldwide were against Iran. In 2021, the same holds true, with little to show for it.

But despite causing massive economic damage to Iran (and by extension, its people), the U.S. sanctions program hasn’t achieved any of the three objectives U.S. policymakers have set: curtailing ballistic missile development, ending support to proxies and preventing nuclear weaponization. On this trinity of issues, sanctions have actually achieved the opposite effects.

Ballistic missiles have gone from being a latent Iranian capability to a threat against both U.S. troops and oil markets. Support to proxies has continued unabated, with Iran still equipping Hezbollah and other militias. And in terms of nuclear enrichment, Iran went from full compliance under the 2015 deal to defiance under sanctions. The sanctions campaign backfired spectacularly, worsening the danger from proxies and missiles while eliminating the success on the nuclear front.

Nonetheless, the Biden administration imposed new sanctions in late October, targeting companies and people affiliated with Iran’s drone program. He also vowed retaliation for an Iran-linked drone attack on a U.S. base in Syria.

This isn’t just rhetoric. Washington has ratcheted up its saber-rattling alongside the sanctions campaign. In late October, the U.S. flew strategic bombers in joint exercises with Saudi Arabia, Iran’s chief rival. This came amid a massive Israeli campaign against Iran, involving cyberattacks on the country’s gas stations, assassinations of scientists and plans to strikeIran’s facilities. This all underscores Secretary of State Antony Blinken’s seemingly hint last month that military action is on the table if Iran doesn’t rejoin the nuclear deal.

Iran’s reluctance to negotiate is driven by Washington’s mafioso approach to diplomacy.

What carrots serve as the alternative to this stick?

Washington’s main enticement to Iran has been the elimination of economic sanctions. In other words, the absence of the stick is itself a carrot in the Washington mindset. But the U.S. had reportedly been dragging its feet on even committing to sanctions relief for the rest of President Joe Biden’s term even if Iran rejoins the nuclear deal, according to the Quincy Institute for Responsible Statecraft. In late October, the Biden administration gave way and committed not to renege as the Trump administration did.

However, Washington really doesn’t have the leverage it thinks it does. Iran has reoriented its economy over the last three years in recognition that the Western world was economically unreliable. It has been pivoting to domestic industries since dependence on foreign trade just increases its vulnerability. Iran has begun to sell more oil to China since it can’t do so to the West. And sanctions relief, despite delivering strong economic growth in 2016 following Iran’s compliance with the 2015 deal, had a relatively muted effect in 2017.

There’s an easy way to make the carrot meaningful: releasing frozen funds. The country’s Foreign Affairs Ministry has repeatedly asked for this, but the U.S. hasn’t budged. To be clear, this isn’t giving U.S. taxpayer money to Iran; these are Iran’s own assets that have been frozen in international banks as a result of the 2018 sanctions. South Korea’s holding of, according to Iran, nearly $8 billion in Iranian funds is one such example. When sanctions relief happens anyway, banks holding these funds would no longer be punished for giving them back to Iran. In other words, there’s no functional difference between unfreezing the funds now and unfreezing them through sanctions relief later.

The U.S. can also open avenues for humanitarian aid. While goods like food and medicine aren’t subject to sanctions, fear of massive financial penalties — sometimes as much as $1 billion — causes companies to overcomply. The Treasury Department can issue licenses explicitly clarifying that these activities are authorized. This would have the added benefit of helping to alleviate suffering for the more than 300,000 refugees who have fled to Iran since the Taliban’s takeover of Afghanistan in August.

The U.S. stick has been brandished far too heavily. Posturing to weaken, destabilize and ultimately strike Iran isn’t going to foster diplomacy. The U.S. needs to revisit carrots if it wants any deal at all.

Geoff LaMear is a fellow at Defense Priorities.