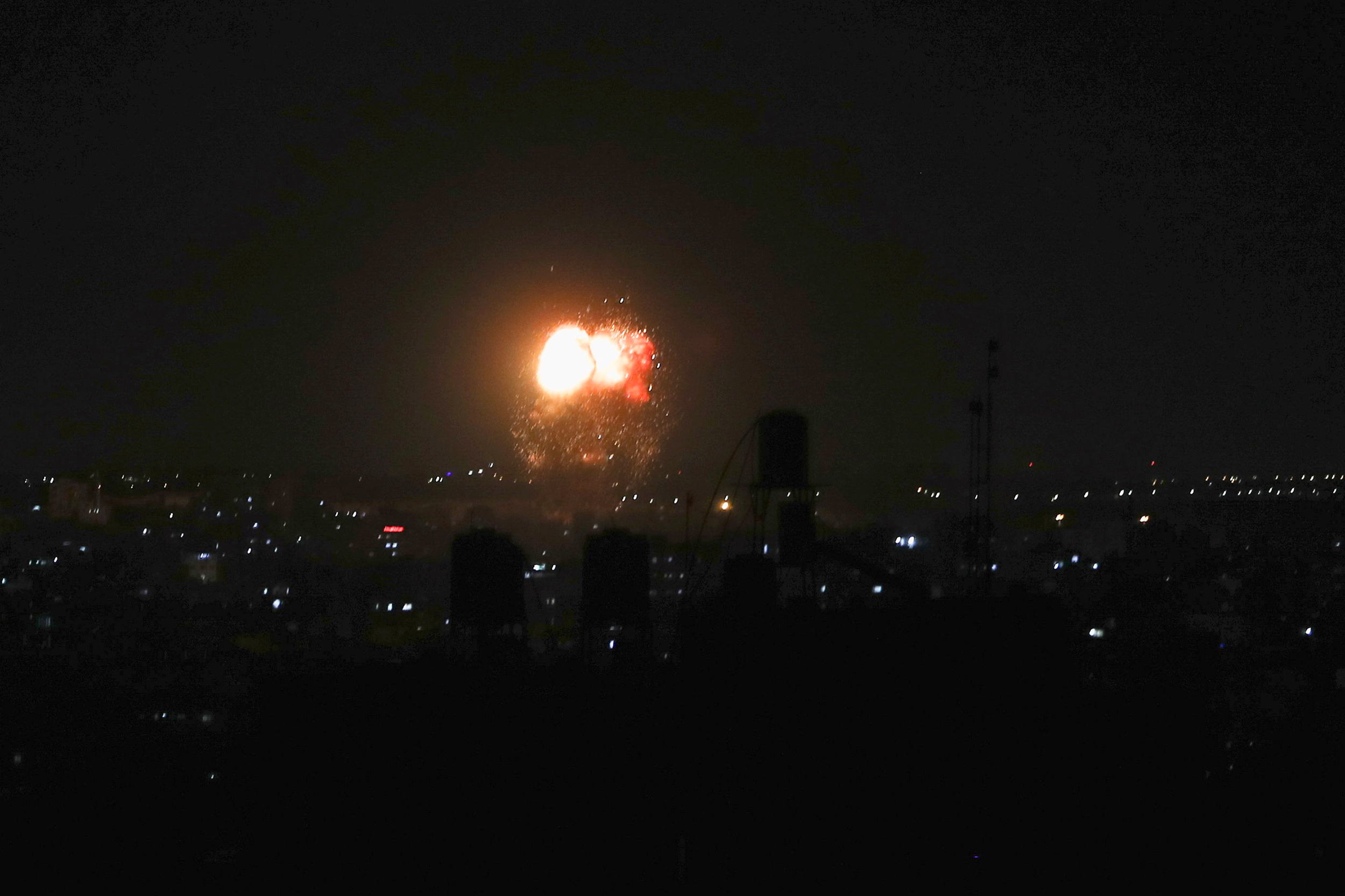 For a second time this week, Israel’s military struck what it said were Hamas sites in the Gaza Strip, in retaliation for “arson balloons” sent into Israeli territory.

The violence earlier this week was the first since a cease-fire between Israel and Hamas ended 11 days of fighting that left more than 240 Palestinians and 12 Israelis dead last month.

The military said the airstrikes were in retaliation for incendiary balloons sent from the Gaza Strip at Israel.

The IDF on Wednesday also said it conducted airstrikes against Hamas compounds in Gaza over balloons. The Israeli fire department said the balloons caused 20 fires.

Hamas is a militant group that runs the Gaza Strip and is considered a terrorist organization by Israel and the United States.

The Israeli military said that it holds Hamas “responsible for all events transpiring in the Gaza Strip.”

Also Thursday, sirens sounded in southern Israel but the IDF said they were not triggered by rockets but by other incoming fire.

The Associated Press reported that surveillance video it obtained showed what appeared to be heavy machine-gun fire into the air from Gaza, which could be attempts to shoot down aircraft. It reported other footage showed projectiles being fired from Gaza, but it was unclear what kind.

In May, thousands of rockets were fired from the Gaza Strip at Israel, sending people running to bomb shelters, and Israel conducted devastating airstrikes that flattened buildings and brought widespread devastation to the already impoverished Gaza Strip.