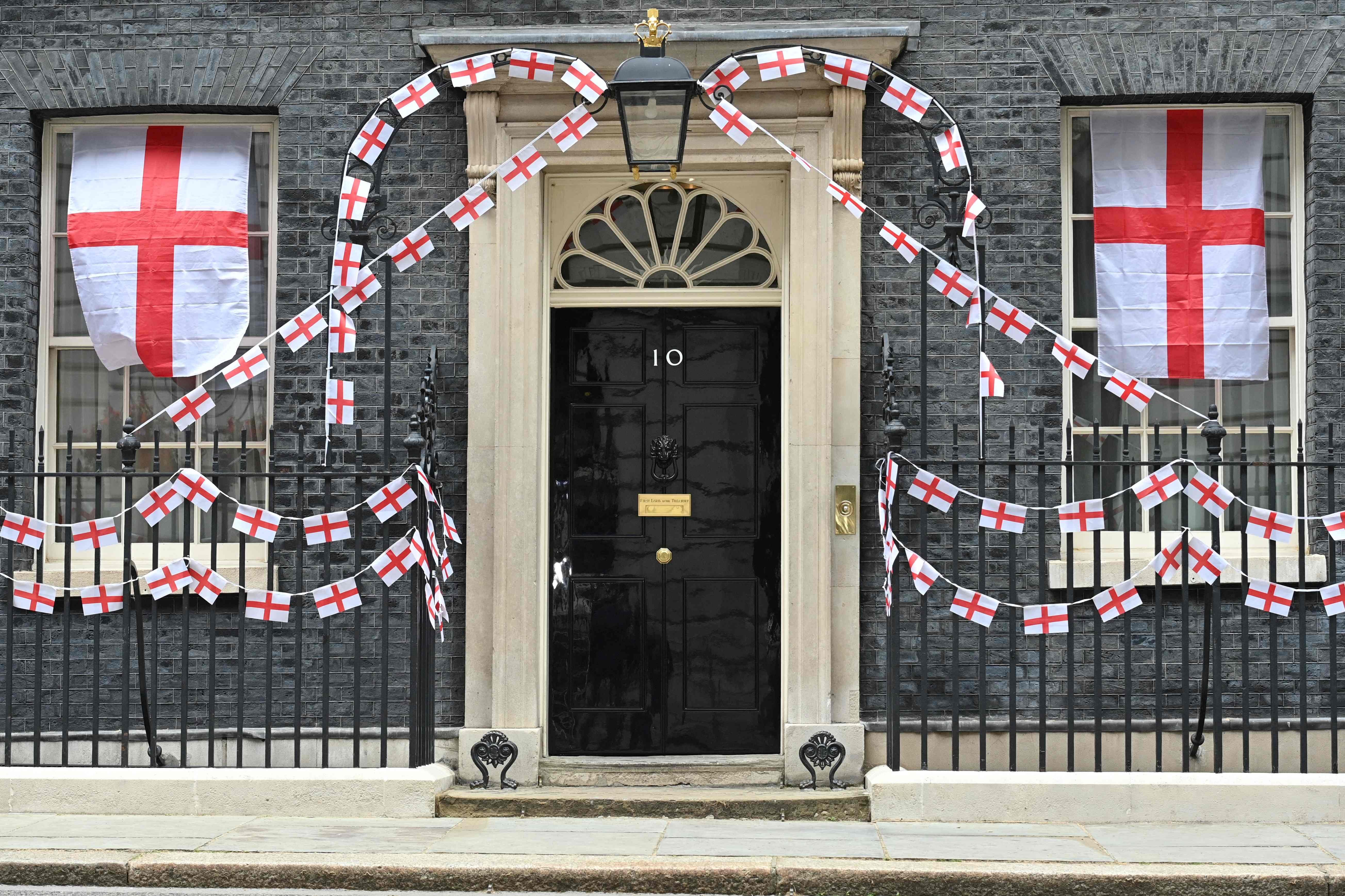 LONDON — Two soccer-mad nations faced each other, and one blinked. Italy bested England in the final of the Euro 2020 soccer tournament Sunday in London.

The winner was determined by a penalty shootout following extra time that kept the score even at 1 each.

Italy won the shoutout 3-2 after England’s final shot was blocked.

Italian player Jorge Luiz Frello Filho, known as Jorginho, missed the previous shot, blocked by English goalie Jordan Lee Pickford, sending the London crowd into frenzied cheering, but a first-time European championship for the host country wasn’t to be. Italy was already up 3-2, and the score remained.

As Covid-19 infection rates continue to rise across the U.K., more than 60,000 fans, most of them English, were allowed to watch the game at London’s Wembley stadium.

The game started quickly as England’s Luke Shaw scored just 2 minutes after kickoff — the earliest goal in a European Championship final. But Italy came out of halftime aggressive and tied things up when Leonardo Bonucci bundled the ball into England’s net after a goal line scramble.

Players from both teams took a knee before the starting whistle to bring attention to racial injustice, which England players did before every game of the tournament. Minutes earlier, dozens of ticketless fans broke into the stadium, with stewards and police trying to hold back the rowdy crowd as they pushed through barriers.

Prince William, his wife, Kate, and their son Prince George attended the game, the first soccer final played by the England men’s team since 1966.

The tournament — originally scheduled for summer 2020 — captivated the U.K. and Italy, which were both hit hard by Covid-19.

The U.K.’s four nations, England, Scotland, Wales and Northern Ireland, have the highest Covid-19 death toll in Europe, followed by Italy, according to Johns Hopkins University. Although more than half of the British population has been fully vaccinated against Covid-19, the highly transmissible delta variant has led to a surge in cases in recent weeks.

Italy has been celebrating a dual sporting success as Matteo Berrettini became the first Italian tennis player — man or woman — to appear in the Wimbledon singles tennis final, which he lost to Novak Djokovic of Serbia.

Across the U.K., millions tuned in for the game, which was broadcast on both the BBC and its commercial rival ITV, which attracted more than 26 million viewers for the semifinal against Denmark on Wednesday. Around the same number of people in the U.K. watched Prince William and Catherine, the Duchess of Cambridge, get married in 2011.

Thousands of schoolchildren were given permission to go in late on Monday so they could enjoy the game with their parents. There have also been calls for a public holiday if England won.

Goodwill toward the team in England was largely unanimous, a change from the start of the tournament, when some fans booed a decision by England’s players to take the knee.

“More than half of the England squad have at least one parent or grandparent born outside the U.K.,” according to the Migration Museum in central London.

The squabble over the team’s decision was fueled in part by the reaction of Prime Minister Boris Johnson, who did not explicitly condemn the booing. Before the tournament kicked off last month, his spokesman said that when it came to taking a knee, he believed “in taking action rather than just making gestures.”

Johnson, who has since been pictured in an England jersey, wished the team good luck. Several other members of his Conservative Party expressed their support, having previously criticized the team for taking the knee.

England’s captain, Harry Kane, was also praised for wearing a rainbow arm band in solidarity with the German team, which stood up for LGBTQ rights when it played Hungary earlier in the tournament. Hungary had faced international criticism for a law that bans the promotion of homosexuality or transgender issues in schools, seemingly conflating them with pedophilia.

When England’s men’s team last won a major international soccer tournament, the World Cup, more than half a century ago in 1966, it beat what was then West Germany at Wembley Stadium.

Queen Elizabeth II, who presented the trophy, recalled that moment Saturday in a message to England’s manager, Gareth Southgate.

In a message to the team, she said she hoped “that history will record not only your success but also the spirit, commitment and pride with which you have conducted yourselves.”