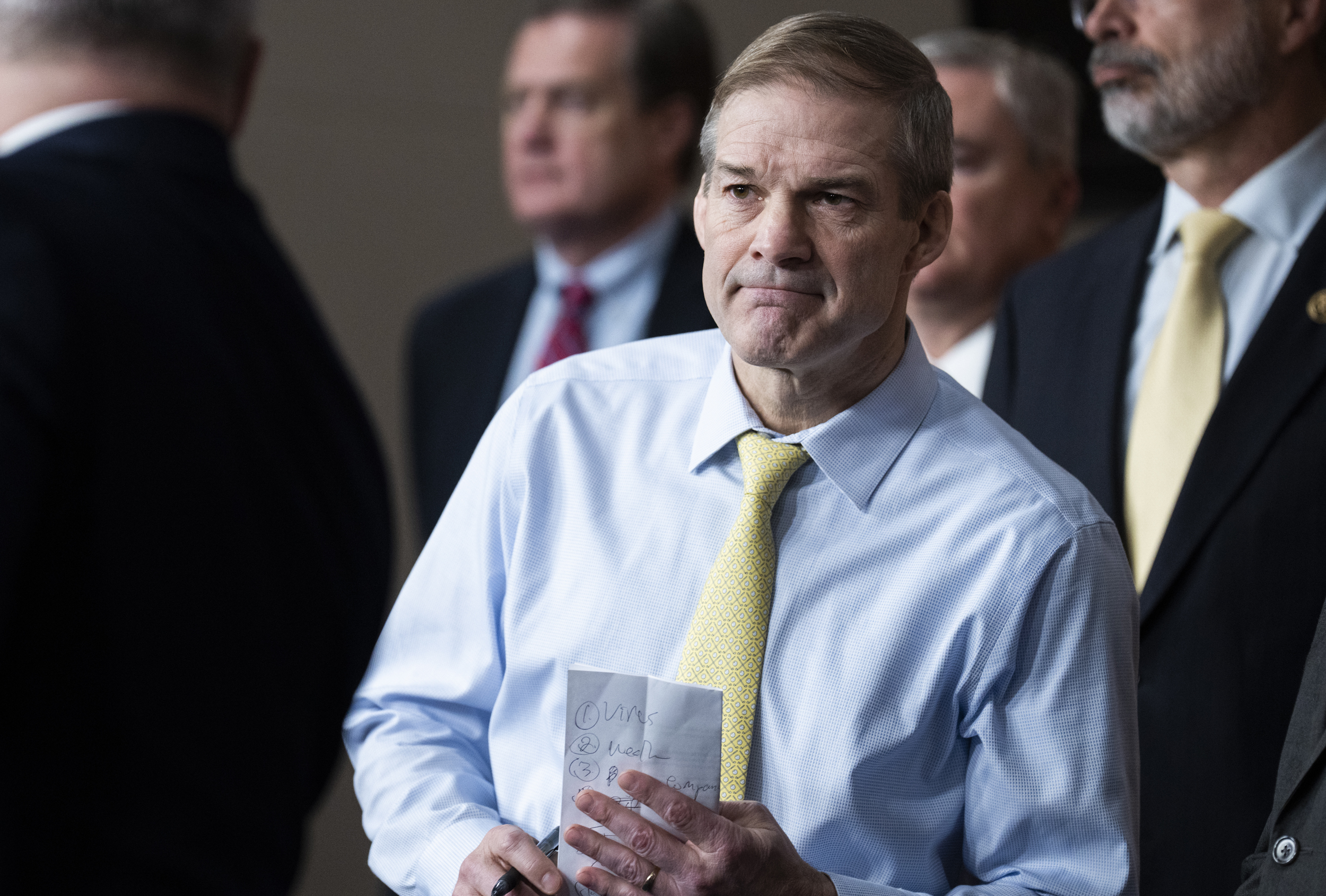 For about a year, Rep. Jim Jordan has presented himself as a model of transparency when it comes to Jan. 6. The Ohio Republican repeatedly boasted that he has “nothing to hide” from those with questions about what he knows.

The House select committee investigating the Jan. 6 attack on the U.S. Capitol keeps giving Jordan the opportunity to back up those claims. It’s not going well.

Shortly before Christmas, the bipartisan panel reached out to the far-right congressman, seeking his voluntary cooperation. He refused. Three weeks ago, the committee took matters to the next level and subpoenaed the Ohioan. Jordan responded by questioning the “constitutionality and validity” of the subpoena, and making a series of demands he expected to be met before he even considered whether to answer questions.

As Axios report summarized, the Republican had all kinds of expectations, “including giving him the materials it plans to question him with ahead of time, along with all the documents the committee has that reference him.”

Yesterday, as Talking Points Memo reported, the committee responded in a way Jordan probably didn’t like.

The Jan. 6 Select Committee on Tuesday dismissed [Jordan’s] list of demands as it issued a stern warning to comply with its subpoena by the end of next week…. In a letter dated Tuesday, committee chair Rep. Bennie Thompson (D-MS) rejected Jordan’s “misplaced” rationale for blowing past the deadline. In response to Jordan questioning the committee’s validity, Thompson wrote that the nine-person committee is “duly constituted and empowered” by three U.S. District Court decisions.

Jordan was originally told to comply with the congressional subpoena by May 27. That deadline, obviously, has come and gone. Now, instead of providing the Ohioan with the materials he sought, the committee gave him something else: an extension.

Jordan now has until June 11 to honor the legal summons.

Cooperating with the investigation, the committee added, could give Jordan an opportunity to “resolve, on the record, inconsistencies in your public statements about the events of January 6.”

At this point, there are a few remaining questions to keep in mind as the process advances. The first is whether Mr. Nothing To Hide might finally honor this legally binding request for testimony. By all appearances, that’s extremely unlikely: None of the five Republican members subpoenaed by the Jan. 6 committee have expressed a willingness to cooperate in any way, and Jordan will almost certainly ignore yesterday’s correspondence.

The second is what the committee will do if/when the GOP lawmaker misses his June 11 deadline. At that point, there would be a limited number of options, but it’s a distinct possibility that the panel will seek a contempt vote against him.

And the third is why Jordan’s testimony is so important in the first place. Circling back to our coverage from last week, the congressman, whether he’s prepared to admit it or not, has a unique perspective that could advance the larger search for truth. As regular readers may recall, The New York Times reported several months ago, for example, that the Ohio lawmaker attended crisis meetings at Trump campaign headquarters as early as Nov. 9, just two days after Joe Biden became president-elect.

The Times also reported that the far-right congressman participated in a meeting at the White House in late December 2020, at which he plotted with Donald Trump on how best to challenge the results of the election.

Soon after, on Jan. 5, Jordan forwarded a message to then-White House Chief of Staff Mark Meadows, describing a scheme in which then-Vice President Mike Pence could help reject election results Republicans didn’t like.

Wyoming Rep. Liz Cheney, the Republican co-chair of the bipartisan panel, insisted months ago that Jordan’s perspective is of critical significance precisely because he was “involved in a number of meetings in the lead-up to what happened on Jan. 6, involved in planning for Jan. 6, certainly for the objections that day.”

He is not, in other words, just a random GOP voice. Jordan has important insights to share, if only he’d follow through on his “nothing to hide” assurances.