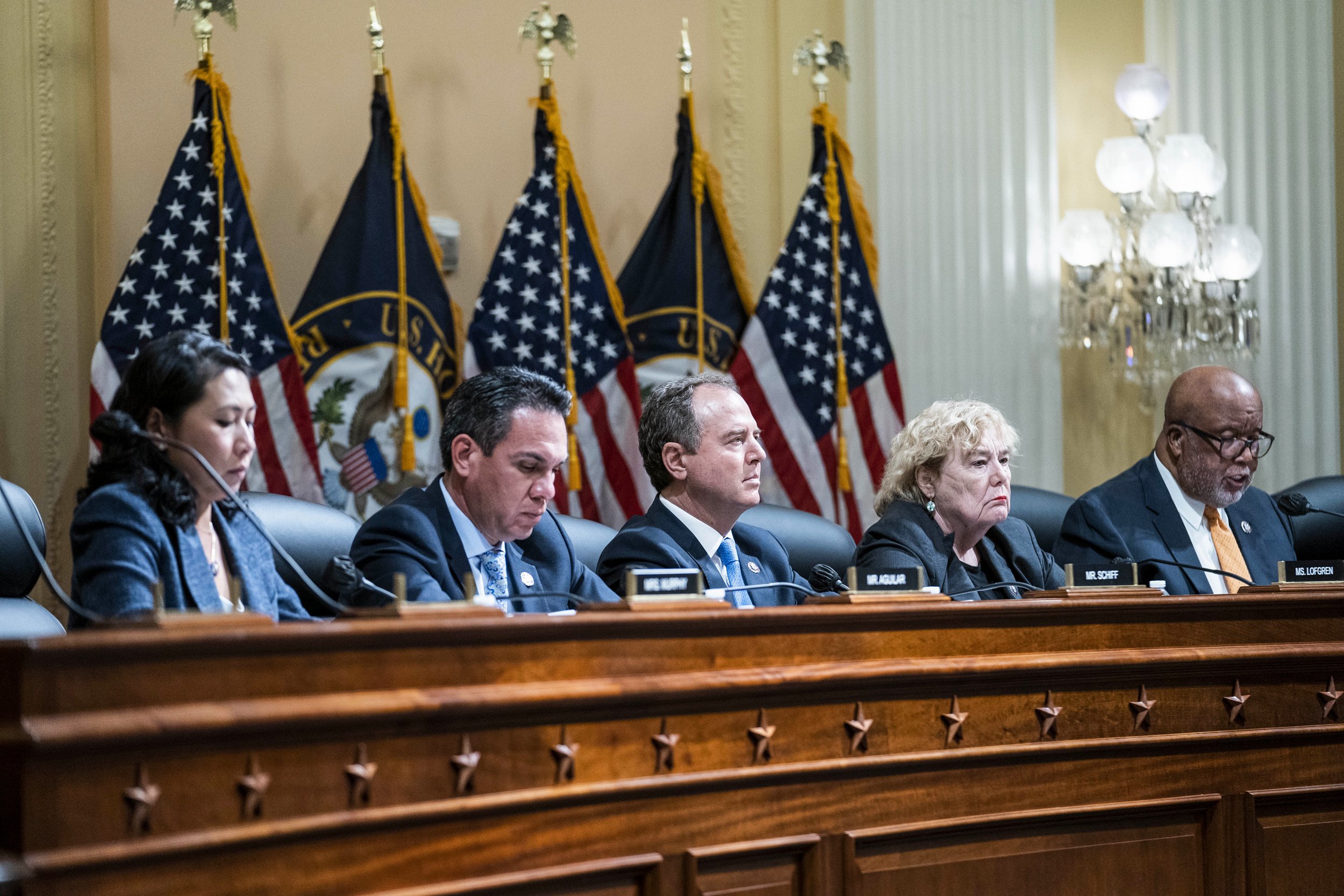 As the House select committee investigating the Jan. 6 attack continues to compile evidence, members are confronting a dilemma: The question is less about whether Donald Trump broke the law, and more about what the bipartisan panel intends to do about it.

The New York Times reported over the weekend on the apparent debate within the committee.

The leaders of the House committee investigating the Capitol attack have grown divided over whether to make a criminal referral to the Justice Department of former President Donald J. Trump, even though they have concluded that they have enough evidence to do so, people involved in the discussions said. The debate centers on whether making a referral — a largely symbolic act — would backfire by politically tainting the Justice Department’s expanding investigation into the Jan. 6 assault and what led up to it.

The article added that, as far as congressional investigators are concerned, the evidence suggests the former president obstructed a congressional proceeding and conspired to defraud the American people, which in theory could serve as the basis for a criminal referral to federal prosecutors.

Wyoming Rep. Liz Cheney, the committee’s Republican co-chair, sat down with CNN’s Jake Tapper yesterday, and while she downplayed reports of a division among the panel’s members, she largely endorsed the underlying premise about the evidence against Trump.

“It’s absolutely clear that what President Trump was doing — what a number of people around him were doing — that they knew it was unlawful,” Cheney said. “They did it anyway.”

Let’s not brush past this too quickly. Two weeks ago today, a federal judge released a ruling in a civil case that concluded Trump “likely attempted to obstruct the joint session of Congress” on Jan. 6, which would be a crime.

Judge David Carter added, “The illegality of the plan was obvious…. Based on the evidence, the Court finds it more likely than not that President Trump corruptly attempted to obstruct the joint session of Congress on January 6, 2021.”

Now, it appears a bipartisan group of congressional investigators also believes the former president engaged in criminal misconduct, which is no small development.

It’s the next step, however, that’s likely to be more difficult.

Proponents of the former believe the latter would be needlessly provocative, and ultimately pointless since criminal referrals to the Justice Department are really little more than glorified press releases: Federal prosecutors make their own decisions about which cases to pursue, and while Congress is free to make suggestions, those requests have no force of law.

Proponents of the latter respond that it’s not enough to simply point at evidence of alleged crimes. Special Counsel Robert Mueller and his team tried that, releasing a fairly detailed report that highlighted all kinds of presidential misconduct, and to this day, Trump and his followers continue to pretend that the Mueller report “exonerated” the Republican, reality be damned.

As for the idea that a criminal referral would be politically inflammatory, the fact that a respected federal judge has already concluded Trump appears to have engaged in criminal misconduct appears to offer the committee at least some cover. If the panel’s Democratic and Republican members are unanimous in their agreement that the former president broke the law, this, coupled with Judge Carter’s ruling, would presumably make it more difficult for GOP critics to simply wave off the findings as a partisan crusade.

Of course, Trump-aligned Republicans will do that anyway, but the point is that those efforts will be less credible given the totality of the circumstances.

So, what’s it going to be? Watch this space.