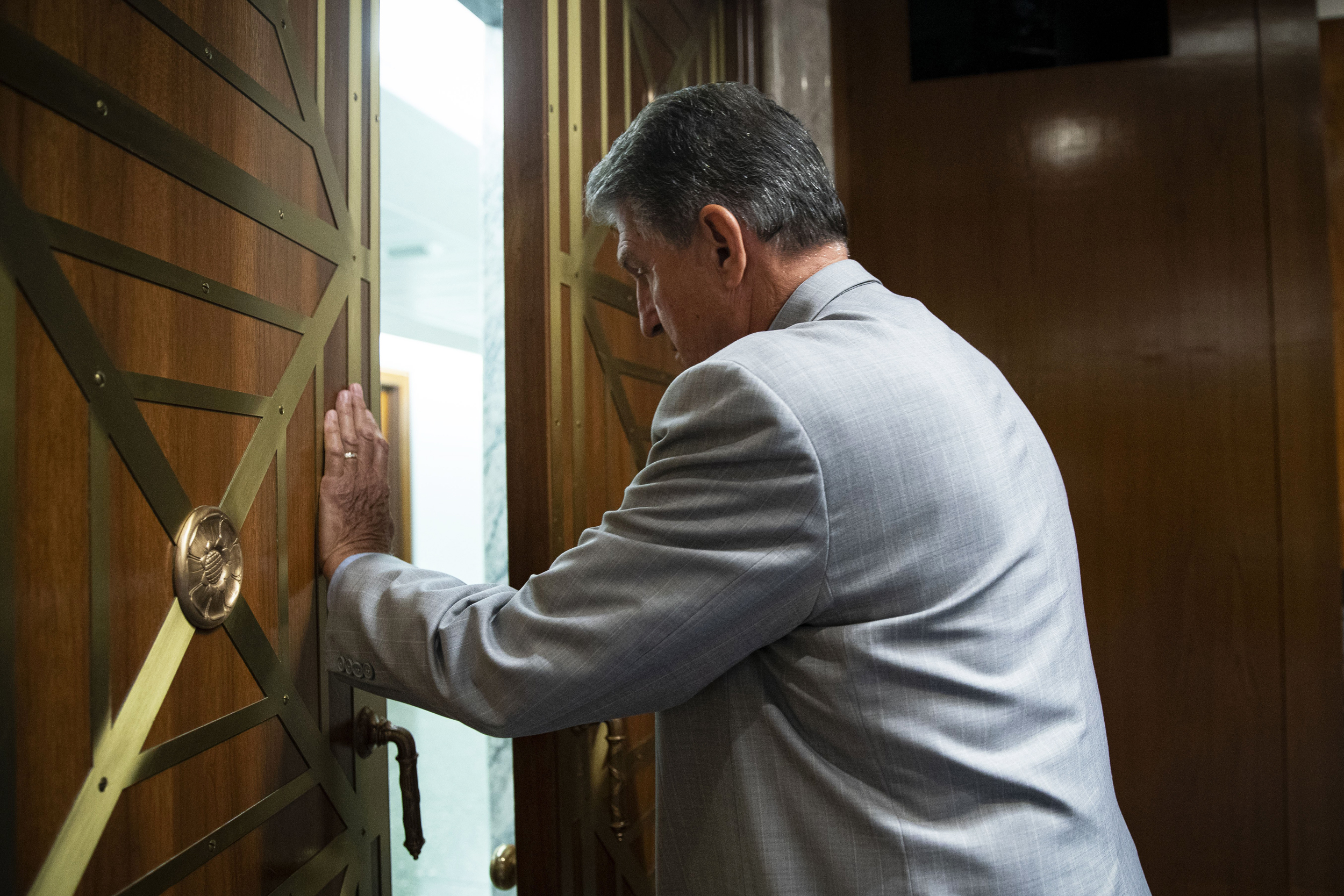 For congressional Democrats, no proposal is more important than the For the People Act, a sweeping proposal to bolster our democracy and protect voting rights. Party leaders gave the legislation a specific bill designation — H.R.1 in the House, S.1 in the Senate — as a symbolic move to stress its significance.

It was against this backdrop that President Biden recently delivered Memorial Day remarks describing democracy as the “soul of America” that all of us must fight to protect. The president soon after called for June to be “a month of action on Capitol Hill,” specifically on the issue of voting rights. Senate Majority Leader Chuck Schumer (D-N.Y.) told members that they should be prepared to vote before the end of the month on the For the People Act, which he said is “essential to defending our democracy.”

It’s a sentiment Sen. Joe Manchin (D-W.Va.) has been reluctant to endorse. Of the 50 senators in the Democratic caucus, 49 of them are co-sponsors of the proposal — everyone except the conservative West Virginian.

Earlier this month, Congress’ most conservative Democrat announced that his party’s top legislative priority would die by his hand: Manchin wrote an op-ed saying he would not vote for S.1. Though the senator didn’t identify any substantive problems with the legislation, he nevertheless denounced the bill as “partisan.”

For voting-rights advocates, that appeared to be that. Yesterday, however, the door that was closed suddenly appeared ajar. NBC News reported:

Sen. Joe Manchin, D-W.Va., opened the door to a compromise on federal voting and campaign finance legislation Wednesday with a memo outlining provisions that he would support.

Broadly speaking, there are two parallel conversations unfolding at the same time. The first focuses on voting-rights policy, the second focuses on legislative procedure.

On the former, Manchin has packaged a series of ideas that he sees as a compromise. To satisfy Republicans, the West Virginian’s memo endorses voter-ID requirements and purges of state-voter rolls. To satisfy Democrats and other proponents of voting rights, Manchin’s blueprint would also endorse an end to partisan gerrymandering, a federal floor for early voting, automatic voter registration, and making Election Day a public holiday.

Is this the sort of package Democrats — and democrats — can get behind? Almost certainly yes. Rick Hasen, a leading election-law expert at UC–Irvine, wrote a piece for Slate yesterday arguing, that Manchin’s counteroffer “is pretty, pretty good” and “Democrats should grab it.” Georgia’s Stacey Abrams said she would “absolutely” support this as a compromise.

All of which leads us to the other conversation over congressional procedures. Even if Democrats accepted Manchin’s pitch as the party’s new plan on voting rights, could it actually pass?

The fact remains that there are only two realistic paths for legislative success on the issue: finding 10 Senate Republicans willing to join with Democrats to protect voting rights, even as their own party tries to undermine democracy in states nationwide, or changing the chamber’s filibuster rules.

Manchin scheduled a meeting last night with eight GOP senators to discuss the issue, which only reinforced the scope of the problem: even if the West Virginian were to somehow persuade each member of the octet — a profoundly unlikely scenario — this still wouldn’t be enough to overcome a Republican filibuster.

At the same time, Manchin also insisted yesterday that he’s unwilling to scrap the filibuster and return the Senate to a majority-rule institution.

For voting-rights advocates, any evidence of progress is good news, and Manchin taking a constructive approach was a welcome development, especially given his position from two weeks ago. But the path between his memo and the establishment of new federal protections for the franchise remains long and arduous.