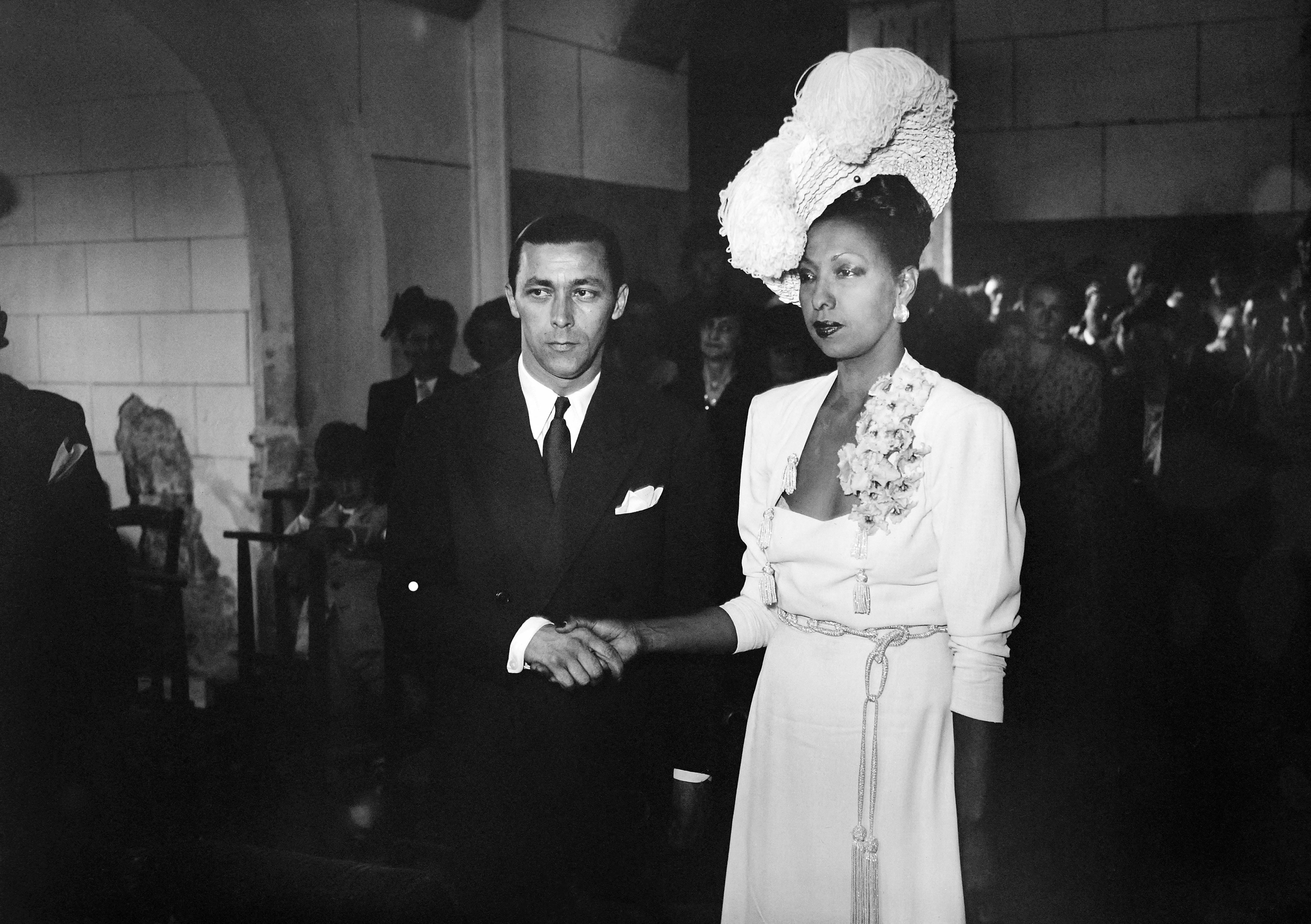 Josephine Baker, the legendary performer and entertainer, will be honored Tuesday at the Panthéon in Paris, where she will the first Black woman to be memorialized, as well as the first U.S.-born person and performing artist to be recognized.

Baker, who died in 1975, began her career as a jazz performer. When she moved to France in 1925, she continued to showcase her Black heritage through her performances as she became immersed in French culture. As the second World War gained traction across Europe, Baker, who became a French citizen in 1937, lent her services to the French government, acting as a spy and bringing other counterintelligence officers into her act. According to the French Defense Ministry, her clandestine service continued through the war, when she refused to perform for Nazis who occupied France.

Constructed in the 18th century, the Panthéon is a symbol for the history of France, holding 72 men and five women recognized for their accomplishments by France and its citizens. Following tradition, Baker’s symbolic casket will be carried down Paris’ Rue Soufflot into the monument. The casket contains soil from four places she inhabited: St. Louis, Missouri; Paris; Les Milandes in the south of France; and Monaco.

French President Emmanuel Macron will speak, and Baker’s children will read excerpts from some of her best-known speeches. A video highlighting Baker’s life will be shown , and a children’s choir will perform.

Baker and other Black American artists and intellectuals gravitated to Europe to escape racism in the U.S., especially in the early 20th century. Maboula Soumahoro, an associate professor at the Université de Tours in France, said Black Americans in particular were associated with the power and respect of the U.S. because of its war efforts in France during World War I and World War II. As a result, the French people generally welcomed Black Americans.

“It’s not only about race,” said Soumahoro, who focuses on U.S., African American and Africana studies. “It’s not only about Blackness. She was a Black American. So that status that she achieved in France was possible, and impossible in the United States.” But Soumahoro said Black inhabitants of French colonies “would have never reached that level of success” in France.

Julie Browne, a journalist, gives tourists a historical glimpse into Baker’s life through her company, Walking the Spirit Tours, which focuses on exploring the history and culture of Black people in Paris. The route following Baker’s life includes sites like Château des Milandes, where Baker raised her children, and the Madeleine Church, the site of her state funeral in 1975. Browne said Baker’s Black and French identities contributed to her cultural influence and made her “a universal figure.”

“She’s actually on both sides, because the Blackness very much is important to the advancement that she wants to make for the Black community,” Browne said, “but on the other side, there is the universal side of being an entertainer who has influence in everything she does, like with the army. She embodied, you know, that liberty, the freedom, the quality and the brotherhood, and she has remained faithful to France, all that she has done and the French values.”

Baker’s performances had a daring quality, and her style influenced other women regardless of their race. As a cultural icon, Baker encouraged more women to seek liberation, including sexual freedom.

Through her stardom, Baker was often in the presence of many royal figures, including Princess Grace of Monaco. In an NBC News interview, Prince Albert reminisced about Baker’s gracious and friendly character, which established her great friendship with his mother. Albert’s family helped Baker during times of financial hardship while helping her perform again after a hiatus. Albert watched Baker perform in her later years at a live show in 1974, where, he said, “her beauty and radiance were still there” and “it was a delight to be able to witness that.”

Besides being an artist, an entertainer and an activist, Baker also engaged in humanitarian efforts. Her 12 adopted children are referred to as “the rainbow tribe,” as they all derived from different nationalities and ethnic groups. Eleven of her children are still living, one of them Akio Bouillon, who said his mother continuously donated her time, resources and money to help those in need.

“She wanted the world to be better,” Bouillon said. “That was her aim in life.”

Baker’s legacy lives on through those who continue to be inspired by her, like Rosemary Phillips, a Caribbean jazz singer, songwriter and actor who incorporates Baker’s dance routines into her own performances.

Phillips, who lives in France, also owns one of Baker’s properties, Le Parc de Josephine Baker in Castelnaud-la-Chapelle, which she and her boyfriend plan to restore. During Baker’s life, the property hosted concerts and conferences while attracting people from all over the world, from famous musicians to children who were stayed at the park through Baker’s scholarship program.

Baker’s youthful and philanthropic spirit lives on through Phillips’ vision, which includes using the property as the cultural place it once was for artists in dance, music and film.

Since she took ownership of the property, Phillips has hosted concerts, master classes and fundraisers for children with disabilities. She also uses it for festivals, and she plans to hold art exhibitions. Through her activities, Phillips continues Baker’s dream of overlooking people’s differences and unifying the world through artistic expression.

“She was really before her time,” Phillips said. “So it was a really big project to make the world a better place before leaving it.”