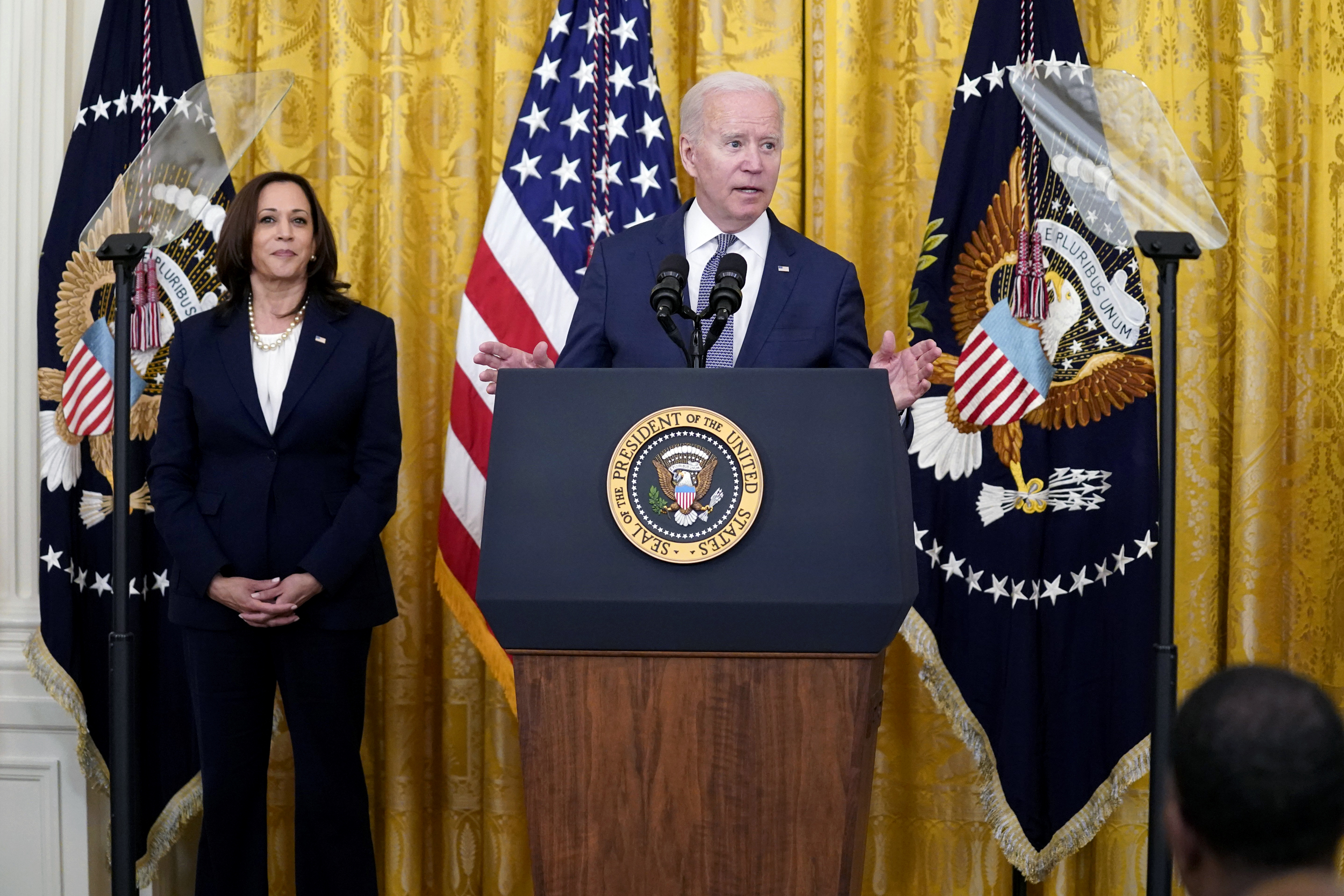 The last time Congress created a national holiday was nearly 40 years ago, when lawmakers created a holiday to honor Martin Luther King Jr. It wasn’t easy: 22 senators opposed it at the time, including Iowa’s Chuck Grassley (R) who’s still in the chamber today.

This week’s process to create a Juneteenth national holiday was vastly less contentious. In the Senate, Democratic leaders brought the measure to the floor on Tuesday, and it passed by unanimous consent. (Wisconsin Republican Ron Johnson has balked at this in the past, but this week, he did not object.)

In the House, the vote was lopsided, but not unanimous.

The House voted overwhelmingly Wednesday to make Juneteenth a national federal holiday, 415-14, and President Joe Biden is scheduled to sign the bill into law Thursday afternoon. The June 19 holiday commemorating the end of slavery in the U.S. is already celebrated as a state or ceremonial holiday in 47 states and the District of Columbia.

All 14 “no” votes came from white Republican men, each of whom knew the measure was going to pass, but who wanted to go on the record against it anyway. Some came up with excuses. They were wildly unpersuasive.

At a White House signing ceremony this afternoon, President Biden — with Vice President Harris, among others — at his side, signed the legislation and created the nation’s 11th federal holiday. The Democrat described the signing as “one of the greatest honors” he’ll have as president.

The law takes effect immediately: because June 19 falls this Saturday, the Biden administration announced earlier that tomorrow will be a federal holiday.

The Washington Post‘s Christine Emba wrote in her latest column, “A cynic — or simply a realist — would remind us that symbolic change is not the same as substantive improvement…. But symbols accomplish something, too.” Emba added:

Elevating Emancipation Day to the stature of the Fourth of July may not change everything. But it does mean something. History is written by its victors, after all. To have our story represented means that we are finally victors too. It means that Black memory is respected. It means that as we come to terms with the truth of our past, the more difficult conversations — about reconciliation, about reparation, about the racism that still very much exists — are given space to begin.

There’s still so much to do, and such a long journey ahead, but every step in the right direction is worthy of celebration.