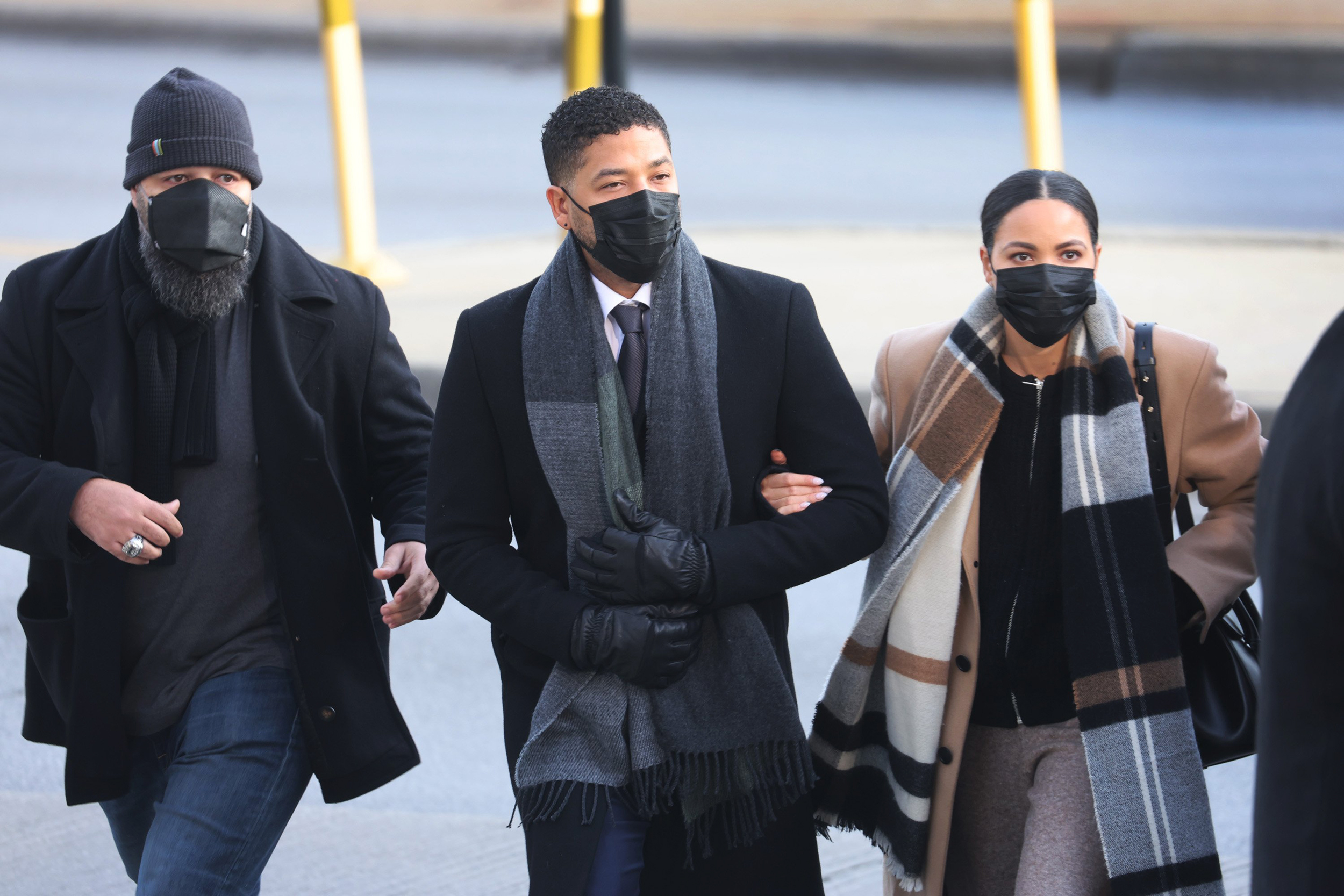 I learned at an early age to be on guard for possible violence. I was a shy-looking Black kid with thick glasses who preferred a book in my hand than a basketball. A mama’s boy with a walk that was just feminine enough to signal to friend and foe that I was gay. I couldn’t hide it no matter how much I tried, and by high school, I was too exhausted to keep the walls of the closet propped up.

But one night when I was 24, I was walking through the Museum District in Houston. I was lost in thought about something I no longer remember, and my guard was down. My eyes hadn’t scanned the area to see who may have been lurking in a dark corner or hidden by shadows. I had trained myself to do that after years of being the target of bullies in school. So I missed the two white men who had snuck up behind me to make their presence known with a fist to my face.

My personal experience and the seething cauldron of hate that Trump had stirred up made it easy for me to believe Smollett.

It took a moment for the pain of that blow to register. I struggled to understand what was happening when another fist landed in the corner of my mouth. This hit was punctuated with the word “queer” that burned its way into my brain and made it clear that I was in the middle of being gay-bashed. After the attackers fled, I stopped a police officer who was driving by. His response when I told him what had happened: “If you weren’t out spreading AIDS, you wouldn’t have gotten your a– kicked.”

That was in 1996, and it wasn’t the first time I had been beaten up for being gay. From the third grade on I had been a punching bag for boys trying to prove that they were men. Before that, words like “fag” and “sissy” were fired at me like missiles to a target.

That’s why I believed “Empire” star Jussie Smollett on Jan. 29, 2019, as news stories appeared saying that he had been the victim of a racist and anti-gay attack in downtown Chicago.

Smollett claimed that he had been attacked by two men who used racist and homophobic slurs. He said that they had doused him with bleach, tied a noose around his neck and screamed “this is MAGA country.” Their words echoed then-President Donald Trump’s divisive slogan, which had become a racist rallying cry.

My personal experience and the seething cauldron of hate that Trump had stirred up made it easy for me to believe Smollett. After all, why would a Black man make up a hoax when much of our history had been made bloody by white people telling lies that led to violence against us? I wasn’t the only one. At the time, the Rev. Al Sharpton tweeted, “The reported hate attack on my friend and brother, actor Jussie Smollett is despicable and outrageous. The guilty must face the maximum.” Empire producer Danny Strong, in a now deleted tweet, had this message for the alleged attackers: “Do not forget that you are nothing but hate filled cowards while Jussie’s talent and activism will continue to shine a bright light on to the world for decades to come.”

He’s made it harder for victims who have been traumatized by racist and homophobic attacks.

I believed him then. I want to believe him now, but with every statement he uttered, beginning with a “Good Morning America” interview with Robin Roberts in February 2019, the threads of his story unraveled. The jury in his trial came to a similar conclusion after deliberating for over nine hours. He had pleaded not guilty to the charges of falsely reporting that he was attacked, but the jury convicted Smollett on five of the six charges. Prior to the verdict, Hollywood figures who had supported him had gone silent and his career had been shattered. After the announcement, right-wing activists and pundits responded with glee, calling for Smollett to be held legally accountable.

It’s true, based on the facts presented, that Smollett lied, and in doing so he’s made it harder for victims who have been traumatized by racist and homophobic attacks. He’s made it more likely that they won’t come forward to report attacks out of fear that they won’t be believed. Instead, they will suffer in silence.

Despite all of this drama surrounding the case, we must not ignore this truth: Hate crimes against LGBTQ people and ethnic minorities are endemic. These attacks, like the violence I experienced as a child and as a young adult, are fueled by stereotypes and animus like that used by Republicans in cynical ploys to build political power.

According to the Southern Poverty Law Center, anti-LGBTQ organizations represented the fastest-growing sector of hate groups in 2019.

LGBTQ people aren’t just physically harmed by others. The torment we are confronted with living in a heterosexist society takes a toll on us mentally as well. A 2021 study by the Williams Institute, a sexual orientation and gender identity think tank at the UCLA School of Law, found that 30 percent of lesbian, gay and bisexual respondents ages 18 to 25 reported at least one suicide attempt. Last week, ABC News affiliate WKRN reported that 12-year-old Eli Fritchley died by suicide in Tennessee. According to his parents, his classmates, other 11- and 12-year-olds, often told him he was “going to go to hell” for being gay.

To be clear, what Smollett did is inexcusable. He perpetrated a hoax for reasons we can’t know. Each count that he has been found guilty of could put him in jail for three years. It’s a tragic moment of his own making that has ended his once bright career and shredded his public reputation. According to the facts, he lied, and because of that the Chicago police department spent time and money investigating a hoax assault, resources they could have used to look into real crimes. Still, I hope that he receives probation for this nonviolent crime instead of jail time because in this situation his being sentenced to prison serves no one. No matter the outcome, I hope that he has learned his lesson from this self-inflicted wound.

Michael Crawford is a freelance writer and co-editor of an upcoming anthology on Black and Jewish community relations.