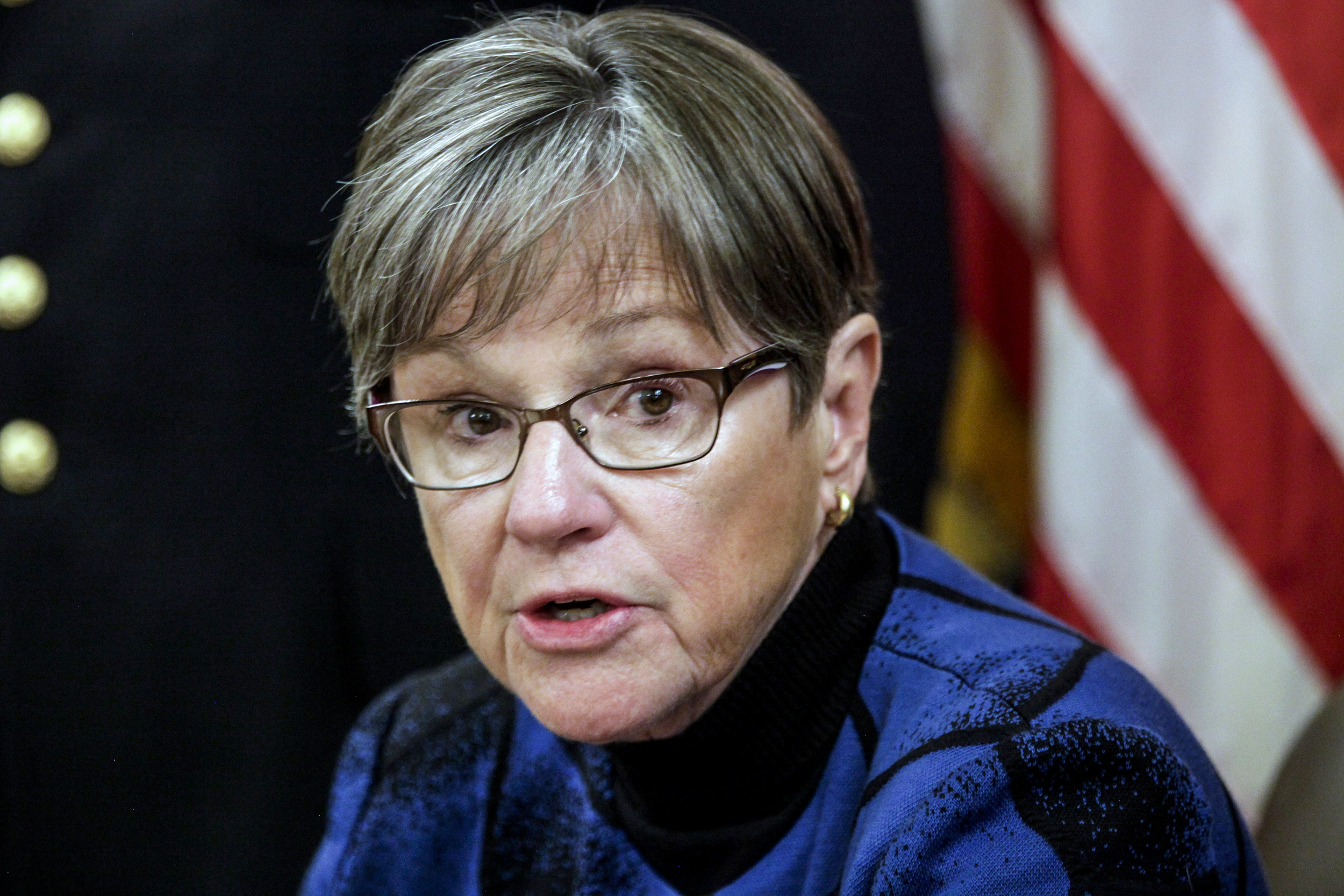 Democratic Gov. Laura Kelly on Friday vetoed conservative Republicans’ proposed ban on transgender athletes in girls’ and women’s sports and a GOP proposal aimed at making it easier for parents to try to remove materials from public school classrooms and libraries.

Kelly also vetoed a measure that would tighten the state’s rules for obtaining food assistance for non-disabled adults without children and another extending protections from lawsuits that health care providers received during the coronavirus pandemic.

None of the four measures cleared the Republican-controlled Legislature with the two-thirds majorities in both the House and Senate necessary to override a veto. Kansas lawmakers are on their annual spring break but are scheduled to reconvene April 25 to wrap up business for the year.

While conservatives don’t appear able yet to enact the proposals over Kelly’s vetoes, the measure on transgender athletes and the education bill that Republicans call a proposed “parents’ bill of rights” are likely to be issues in Kelly’s tough race for re-election this year.

Both issues have become big ones for Republicans across the U.S. ahead of this year’s midterm elections. In her veto messages to lawmakers, Kelly suggested that politics drove their consideration, but Senate President Ty Masterson, an Andover Republican, responded by saying that the governor’s actions show she is “largely controlled by the hard left.”

Kelly’s presumed Republican opponent, Attorney General Derek Schmidt, has said he would sign the transgender athletes measure. She called the measure “divisive” and said it would hurt the state’s ability to attract businesses.

“It’s harmful to students and their families, and it’s bad for business,” Kelly said in a statement.

Supporters of such bans argue that they’re trying to preserve scholarship opportunities for girls and young women. They repeatedly refer to transgender women and girls as “biological” men, males, or boys.

“It’s about protecting the woman who worked and trained all her life and should not have her hard work wiped out by being forced to compete on unlevel playing fields,” Masterson said.

Besides attacking proposed bans as anti-LGBTQ discrimination, critics across the U.S. have noted there have been relatively few transgender athletes. In Kansas, the state association overseeing extracurricular activities for grades 7 through 12 says it has been notified of only six or seven transgender athletes in those grades. Some lawmakers say only one is a transgender girl, but the association could not confirm that.

The measure also would apply to colleges and club and intramural sports.

Republicans across the U.S. also have seen parental control in public schools as a potent issue since Republican Glenn Youngkin won the Virginia governor’s race last year after raising it.

Some Kansas conservatives wanted to ban teaching concepts from critical race theory, the scholarly movement that focuses on the legacy of slavery, racism and discrimination in examining U.S. history and modern society. But they settled on what they call “transparency” as the better response.

The bill vetoed by Kelly would require local school boards to develop policies for allowing parents to review classroom and library materials and handling demands that they be removed.

“By choosing secrecy over transparency, the governor is indicating she believes parents are the enemy and that schools have a right to hide what they are teaching our children,” Masterson said.

But critics said schools aren’t hiding what they teach and teachers make lesson plans available to parents regularly. They suggested the measure would lead to burdensome rules that get in the way of teaching.

Kelly said having parents engaged “greatly impacts” children’s learning but added that the measure would “create more division in our schools and would be costly.”

The measure dealing with food assistance would require non-disabled adults without children to enroll in job training to receive assistance if they’re not working 30 hours a week. Republicans argue that it would move people receiving assistance into the workforce and make them self-sufficient.

Critics said some poor adults who are working part time would be forced to quit to do the job training, and they suggested the result of such a policy will be to simply deny people assistance. Kelly said the bill would harm 30,000 poor, “hard-working Kansans.”

As for the bill shielding health care providers from COVID-19-related lawsuits into January 2023, Kelly said lawmakers made it too broad. She pledged to work with them on a new version.