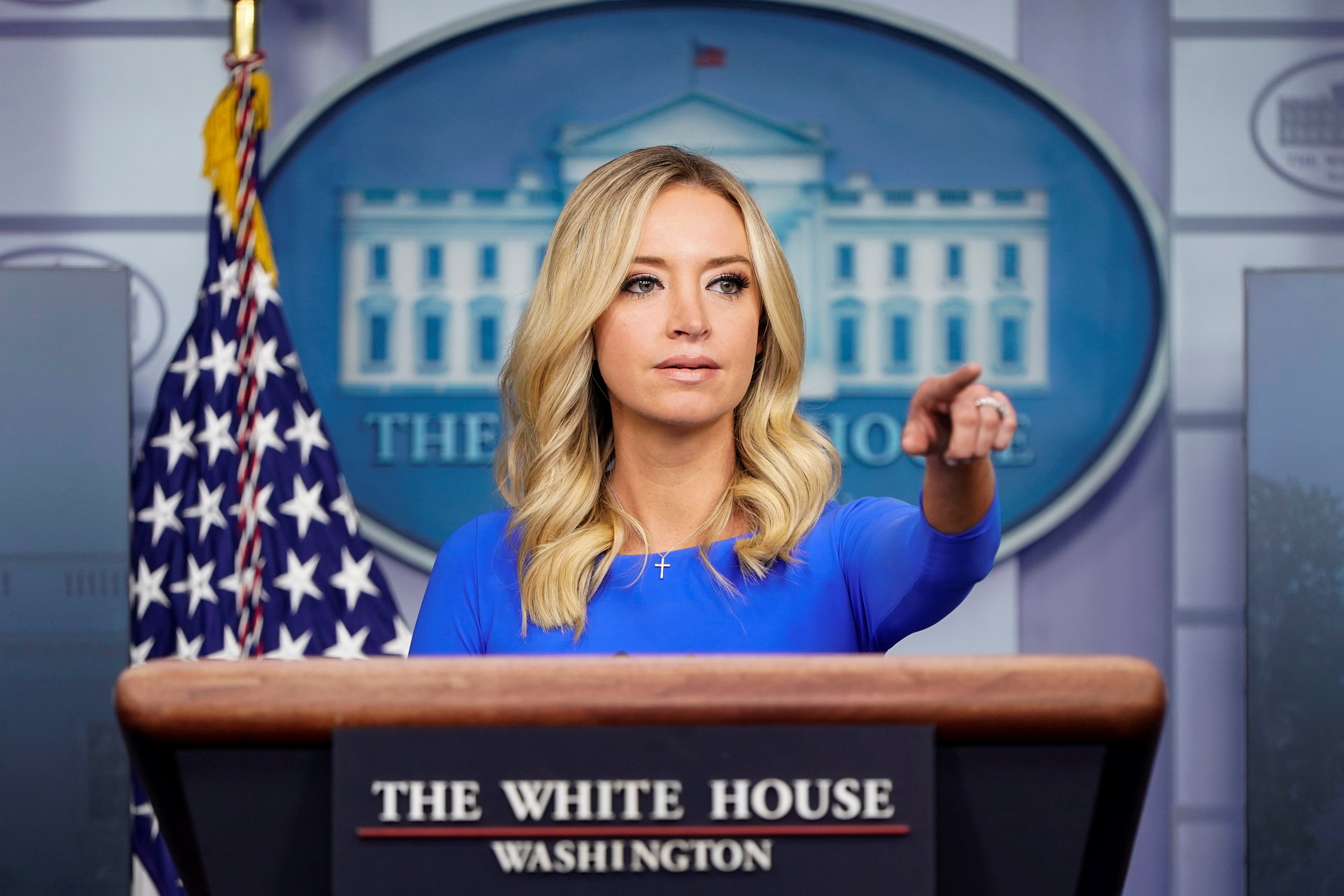 Last year was difficult for the United States in a great many ways, and this week, we were confronted with data pointing in another unsettling direction. According to the FBI, the nation saw the sharpest increase in murders since the bureau started keeping track 60 years ago.

The murder rate is still vastly better than it was 30 years ago, but the increase raised a series of questions about the possible cause of the painful trend.

Alas, that’s not the question that came to Kayleigh McEnany’s mind. As HuffPost noted:

Former White House press secretary Kayleigh McEnany tweeted a graphic on Thursday showing a rise in murders in 2020 and blamed it on Joe Biden, who became president in 2021. “The U.S. murder rate under Joe Biden…” she wrote, alongside a graphic showing a nearly 30% spike in murders last year, when she was a spokesperson for then-President Donald Trump. The graph was included in an article by The New York Times this week about the increase in murders last summer and the flattening of the murder rate this year.

McEnany, a former Republican campaign operative who now works in conservative media, quietly deleted her missive yesterday, though by that point the damage was done.

In this case, the details were unambiguous: The FBI was clearly referring to 2020, not 2021. In fact, it’s impossible to tally the murder rate from the first year of President Joe Biden’s term because — and this is important — Biden’s first year isn’t over yet.

That probably should’ve been a clue that the former White House press secretary was off-track. Indeed, the unfortunate turn of events is made worse by the fact that McEnany was drawing attention to discouraging murder statistics compiled under her former boss’ tenure — in reference to murders that happened while she was the chief spokesperson for the sitting president.

There’s some precedent for this sort of thing. In 2013, a statewide poll in Louisiana found that nearly a third of Republicans in the state blamed President Barack Obama for the dreadful federal response to Hurricane Katrina. There was, of course, a small flaw: Katrina hit in August 2005; Obama was inaugurated in January 2009.

A couple of years later, Texas Sen. Ted Cruz tried to blame Obama for the economic crash of 2008, which began months before the Democrat was even elected.

Or put another way, McEnany’s error has a partisan pedigree, though that doesn’t much help.