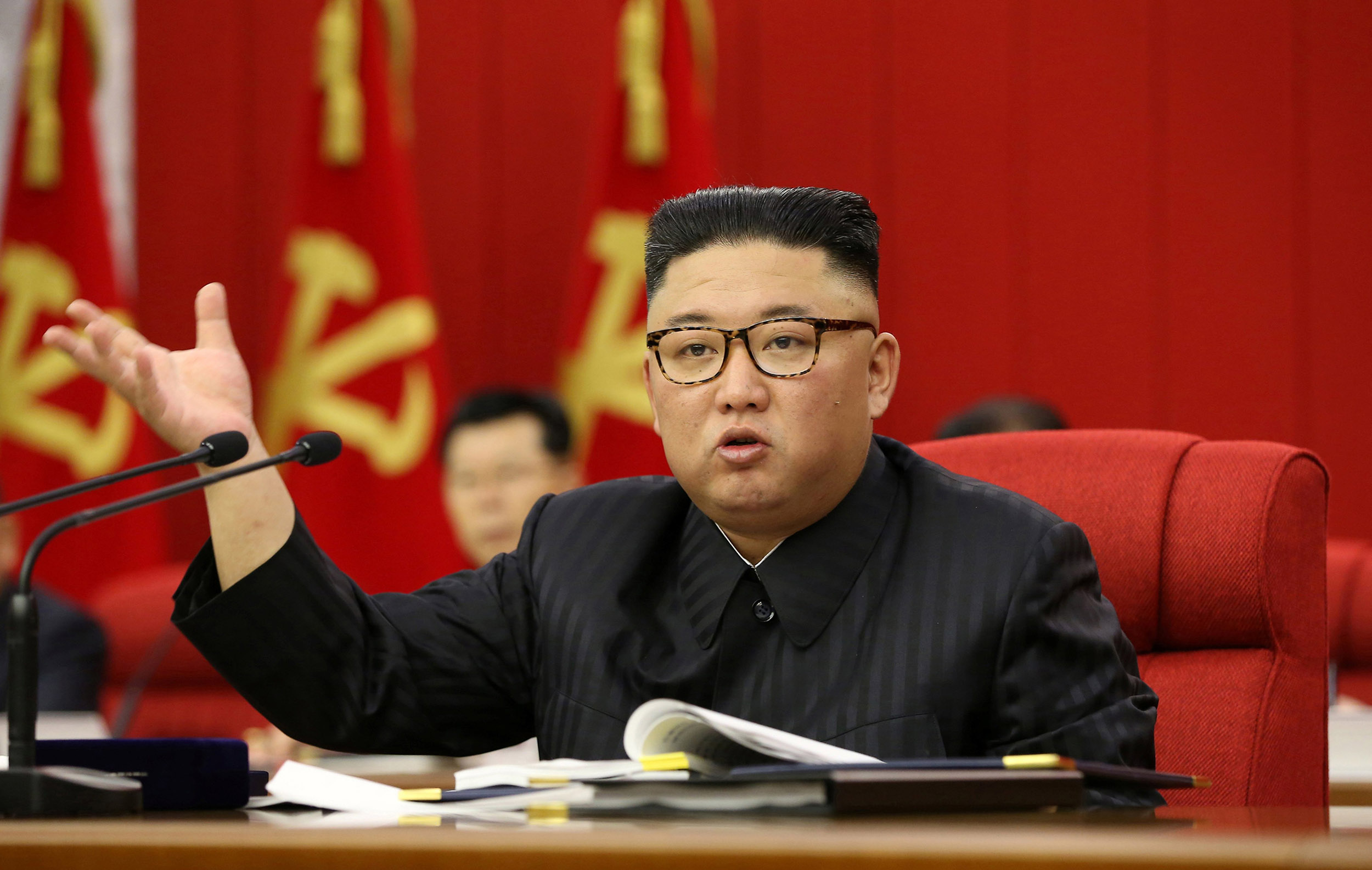 North Korea was one of the few places to claim it has had zero cases of Covid-19.

But its leader, Kim Jong Un, now says his secretive country faces “a great crisis” related to the pandemic, blaming this on the mismanagement of his own party bureaucrats, state media reported Wednesday.

Relatively little is known about the coronavirus situation in North Korea, a totalitarian state where Kim’s regime controls the media and most other aspects of public life.

Officials in the United States and elsewhere have questioned whether North Korea has actually escaped the virus entirely. The only other nonisland nation to make this Covid-free claim is the authoritarian and secretive Turkmenistan, in central Asia.

While Kim did not used the words “Covid-19” directly, according to KCNA, he said that the actions of his officials had caused “a great crisis” in terms of “ensuring the security of the state and safety of the people,” warning that this had “entailed grave consequences.”

Kim was speaking Tuesday at a politburo meeting of the Workers’ Party of Korea, the ruling party of North Korea founded by Kim’s grandfather, Kim Il Sung.

During the meeting Kim also replaced several members of the politburo, although the KCNA report did not say whether this was related to the charges of “chronic irresponsibility and incompetence” that he leveled at party cadres during the meeting.

Kim did not go into detail about the “crisis” that he described. As is often the case, it is up to outside officials and experts to try to decipher the tidbits published by KCNA.

When asked about Kim’s remarks, South Korean Vice Foreign Minister Choi Jong-kun said officials in Seoul were aware of the report but had nothing to add.

“During this pandemic era we have publicly expressed our willingness to help, ranging from PCR tests to whatever you can imagine,” he told reporters.

Isolated and largely impoverished, North Korea has told the World Health Organization that it hasn’t found a single case despite having tested more than 30,000 people. Experts disagree on how credible this is.

“It is a closed-off nation, so we can’t say emphatically that they have cases, but we’re fairly certain they do,” U.S. Army Gen. Robert Abrams told reporters at the Pentagon last year.

North Korea imposed drastic restrictions on foreign trade, travel and internal movement that would not be open to other nonauthoritarian states. South Korea’s spy agency said Kim’s regime even had two people executed as part of its frantic bid to keep out the virus.

“The ‘crisis’ Kim mentioned might just be a minor violation of quarantine measures,” said Andrei Lankov, a professor at Kookmin University in Seoul and the director of NK News, which covers North Korea. “Or maybe they have had a really large outbreak, they are afraid they won’t be able to bring it under control and this is Kim’s way of warning his own population.”

Other North Korea watchers believe this may have been a message to the outside world.

Whether it has suffered outbreaks or not, the pandemic has hit North Korea’s economy, coming as a triple-whammy alongside major flooding and international sanctions.

This month, during an appearance at the plenary meeting of the Workers’ Party’s Central Committee, Kim warned that North Korea’s food situation “is now getting tense.” Kim’s own health has been the subject of international speculation after he appeared in recent photographs to have lost weight, and one North Korean was quoted by KCNA saying they were worried that he looked “emaciated.”

Some experts believe Kim’s statement on the pandemic this week may be laying the groundwork to request additional assistance from China, Pyongyang’s uneasy ally. Or it might be telegraphing its need for Covid-19 vaccine donations.

North Korea was originally in line to receive nearly 2 million vaccines from COVAX, a global charitable shot-sharing program co-run by the WHO.

This was later downgraded to 1.7 million doses to be delivered in May. But supply problems that have plagued the COVAX project mean that — as with many other poorer nations across the world — these are yet to be delivered.