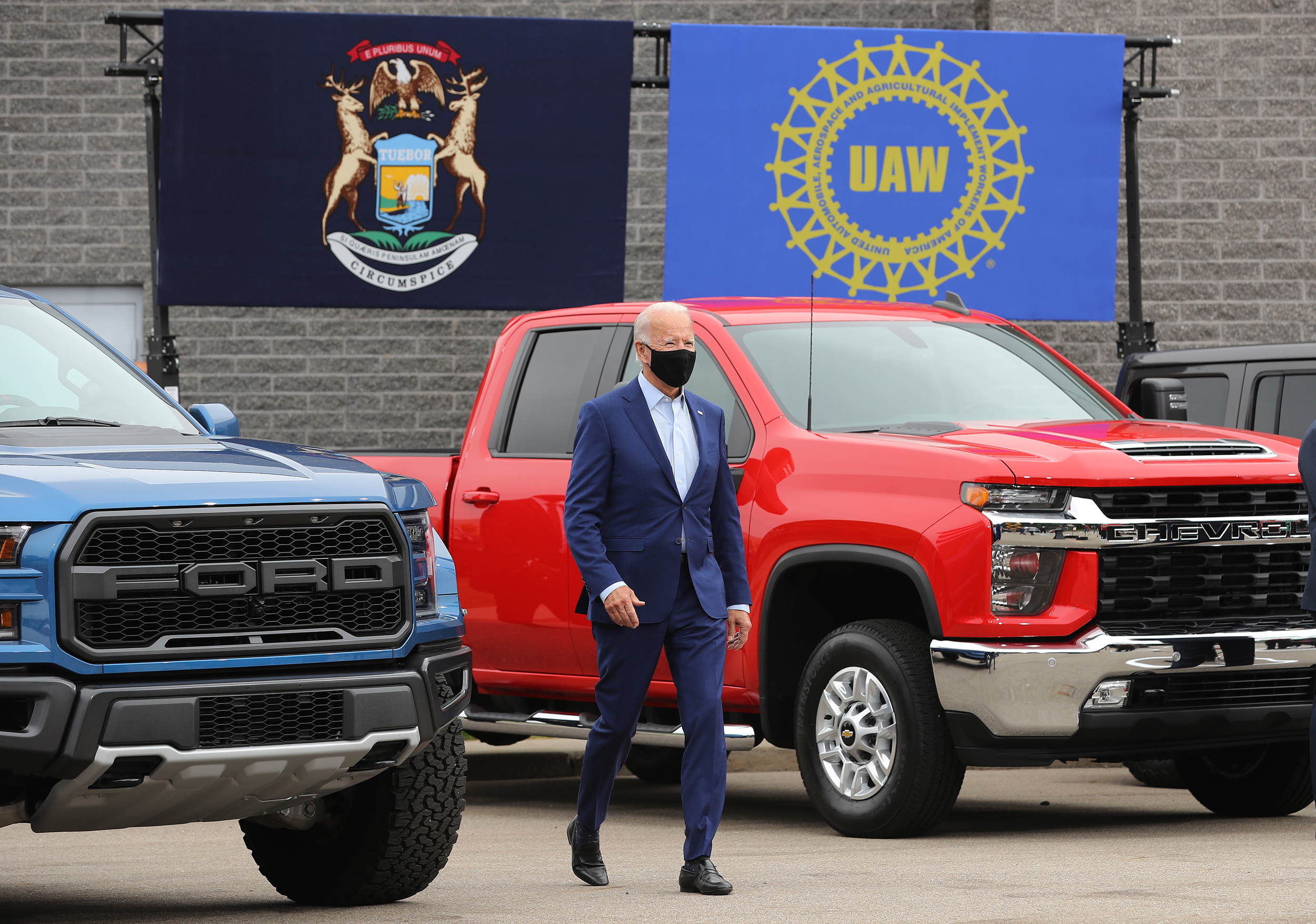 President Joe Biden’s announcement Thursday of two executive orders that would mandate vaccines for more than two-thirds of working Americans faced pushback from some expected sources — the Republican National Committee called it “unconstitutional,” and a handful of GOP governors swiftly denounced it on Twitter — as well as from some that Democrats have traditionally counted as allies: labor unions.

The American Federation of Government Employees, a 313,000-member union that represents 700,000 federal and Washington, D.C., government workers and a member of the influential AFL-CIO labor federation, issued a statement on Thursday from the organization’s national president Everett Kelley that encouraged vaccination — but blasted the mandate.

“Changes like this should be negotiated with our bargaining units where appropriate,” Kelley said. “We expect to bargain over this change prior to implementation.”

Other unions — even ones representing health care workers who have been on the front lines of the Covid-19 crisis and seen firsthand how devastating it can be — have criticized vaccine mandates or chosen language that emphasizes voluntary rather than compulsory compliance.

Employers, on the other hand, are more likely to welcome a mandate that provides legal cover for them to issue their own employee vaccination requirements, said Mary Kay O’Neill, senior consultant at Mercer, a human resources consulting company.

“My sense is that the employers have been increasingly desperate to figure out how to provide a safe workplace. It’s really difficult to manage workplace safety,” she said. “More and more companies were heading down the mandate path anyway.”

“More and more companies were heading down the mandate path anyway.”

Big Labor is a traditional bellwether of Democratic support — and a constituency policy experts say the party can’t afford to alienate going into next year’s midterm elections.

“Frustration about the uptake in vaccines is kind of forcing an exasperated Biden to take a heavier hand,” said Ben Koltun, director of research at Beacon Policy Advisors. “That’s kind of the trade-off that Democrats are balancing… a heavy hand, but maybe it could help with the economy.”

Union membership as a percentage of the workforce, particularly in the private sector, has been in a secular decline for decades and stood at 6.3 percent last year, according to the BLS. But since the start of the pandemic, the visibility and influence of unions have grown, said Julia Pollak, labor economist at ZipRecruiter.

“They’ve taken a very important role during the pandemic, which is to argue for workplace health and safety protocols, which the government has not actually codified,” she said. “Unions have taken on that mantle and… done a number of things to protect the health and safety of their workers,” such as pushing for hazard pay, access to PPE and other forms of assistance.

“For many members, their union is more important now than it ever has been,” Pollak said.

President Biden ran his electoral campaign on an explicitly pro-union platform, and his current agenda is widely supportive of — and cheered by — organized labor. “Biden said he’s going to be the most pro-union president ever, and he’s shown a lot of interest in catering to union policy preferences,” Koltun said, but he added that sometimes this might look different in theory than in practice. “I think there’s sometimes a difference in being pro-union in the concept of unions, and being pro-union-worker,” he said.

Some suggested that the honeymoon was already over, pointing to the rift between the Biden administration and automotive unions, who are unhappy with the prospect of fewer jobs that will result from the transition to more electric vehicles.

Automotive unions are already unhappy with the prospect of fewer jobs that will result from the transition to more electric vehicles.

And on the question of vaccine mandates, Biden faces pushback from those who are typically some of his most vocal advocates.

“It’s just a question of, do the means justify the end?” Koltun said. “For the most part, I think unions understand… the public good, but there are limits to how much they’re willing to bend to the heavy hand of the employers in terms of implementing it,” he said.

“Unions typically lobby for access for vaccinations and convenient on-site access to vaccinations, but they typically oppose mandates,” Pollak said. From a union leader’s point of view, any edict — no matter how well-meaning or necessary to curb a public health crisis for the collective good — not enshrined in a collective bargaining agreement is potentially risky.

With roughly 35 percent of workers in a recent ZipRecruiter survey saying they either have no intention of getting vaccinated against Covid-19 or plan to wait, it’s a safe assumption that there are vaccine-resistant union members, and labor leaders are trying to balance those sometimes conflicting interests.

“I think unions are taking the sort of logical position, which is to do everything that members think is in their best interests,” Pollak said. “They’re also arguing for no obligations to be placed on the members.”

“It puts the unions in a difficult spot,” said Jim Sullivan, co-chair of the OSHA workplace safety practice at the law firm of Cozen O’Connor. “They’re not necessarily speaking for the rank and file in its entirety.”

With Biden’s executive orders, the White House is taking a calculated risk, some say, given the sweeping nature of these mandates and the almost-inevitable legal wrangling to come.

“Labor lawyers are licking their chops,” Sullivan said. “This is going to be challenged by multiple organizations because it’s unprecedented to use the OSHA temporary standard this way with such a far-reaching obligation,” he said.

Sullivan predicted a messy, protracted battle. “This is not going to happen overnight, because the mandate is being imposed on these employers through a potential emergency standard promulgated by OSHA and that’s something the general public is not quite understanding yet,” he said.

The risk is that by spilling over into next year’s midterm election cycle, the issue could become a distraction for Democratic lawmakers defending their razor-thin Congressional majorities.

“The president’s speech was very strident. It is a position that’s at odds with the natural constituency, and it will be interesting to see how it shakes out,” Pollak said. “It’s a very interesting tension.”