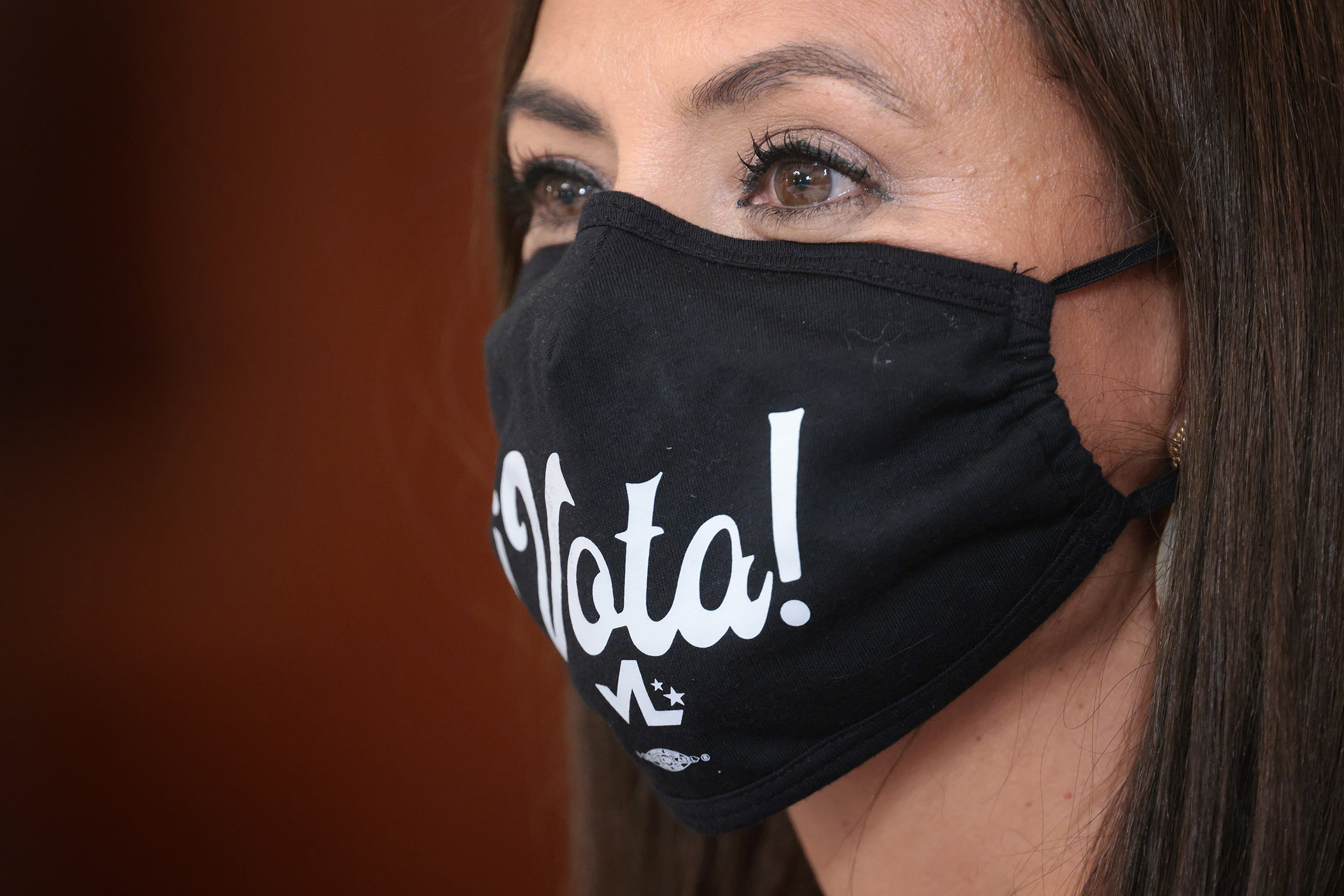 A new poll of Hispanic voters finds the term “Latinx” does not resonate among them and 40 percent say use of the word bothers or offends them.

The poll was conducted in mid-November by Bendixen & Amandi International, a Democratic firm focusing on Latino outreach. It found that 30 percent of Hispanic voters — 24 percent of Democrats and 43 percent of Republicans — are less likely to support a politician or political organization using the word.

“The numbers strongly suggest that the use of this term may actually be counterproductive, as opposed to productive, because only 2 percent of Hispanic voters nationally embrace the term,” said Fernand Amandi, the firm’s principal, who’s worked on a number of national and presidential campaigns.

The term Latinx was created as a gender-neutral alternative to Latino or Latina. It has gained some traction during the past several years among politicians, academics and corporations and is more common among younger and progressive Latinos, but it’s not used widely in the community, according to Pew Research.

But Amandi said, “up to 40 percent are saying that this term, either bothers or offends them, which in my mind suggests the potential costs outweigh the benefits.”

Among political candidates or elected officials, the term is used primarily by Democrats in mailings as well as social media, and even in speeches. The term is also used by more progressive and center-left political organizations.

“I think one has to be careful in saying, ‘this is the silver bullet reason for why Republicans are making inroads,’” Amandi said. “But what I think the data makes clear is that this is not helping Democrats potentially maximize this critical voting bloc for that, and their electoral chances.”

A majority of voters — 68 percent — said “Hispanic” is the term that comes closest to describing their ethnic background. Around 21 percent chose the term “Latino” and only 2 percent said “Latinx” is what best describes them.

Even when broken down among age groups, the majority of respondents said they prefer “Hispanic.”

Other polls in the past have came up with similar findings about the term Latinx; a Pew Research Center poll conduced in August 2020 found that about 1 in 4 Hispanics had heard of the term and 3 percent used it.

The new poll was conducted among 800 Latino registered voters in the United States and the interviews were conducted in both English and Spanish. The margin of error is 3.46 percent.

Carmen Sesin is a reporter based in Miami.