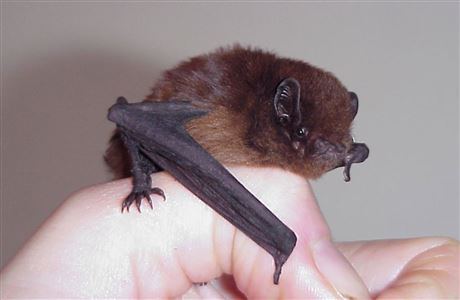 The result of New Zealand’s Bird of the Year contest has some critics crying fowl.

That’s because the winner announced on Monday wasn’t a bird at all but the long-tailed bat, or pekapeka-tou-roa.

The upstart candidate swooped in on its first try to beat last year’s victor, a flightless parrot called the kakapo, by about 3,000 votes. With varying degrees of seriousness, bird lovers have responded online by demanding a recount.

“If you rename the competition as ‘best national flying thing’ then fine,” one Twitter user wrote. “But this [is] an offense against aves.”

The goal of the vote is to raise awareness of the country’s native species that are under threat.

As “party leader,” the long-tailed bat represented itself along with New Zealand’s other bat species, the short-tailed bat. The two bats are New Zealand’s only native land mammals, so Keown said it made sense to include them in the same contest as the birds in spite of the public uproar.

“‘Land Mammal of the Year’ was going to be a really boring competition,” she said.

The bird contest usually inspires intense competition and endless memes. But this year’s accusations of a stolen election are also just the latest example of vote controversy.

Last year organizers removed more than 1,500 fraudulent votes in favor of the kiwi pukupuku, or little spotted kiwi. The year before, suspicions were raised over the number of votes coming from Russia (contest organizers said they were legitimate).

This year’s bat debate helped draw a record number of votes: 58,561. Although anyone in the world can participate, Keown said, the vast majority of voters are in New Zealand.

Ben Paris, who pushed for the bat’s inclusion on the ballot, said he was surprised by the level of support the creature received during the two-week voting period, which ended Sunday.

It defeated more than 70 bird species, most of which had their own campaign managers, and even got the backing of New Zealand’s Environment Ministry.

“New Zealanders really like the underdog in a competition because New Zealand’s such a small country,” said Paris, senior conservation adviser at Auckland Council. “We always support the little guy.”

Paris said New Zealand’s bats face many of the same challenges as its birds, including habitat loss, climate change and introduced predators like rats, cats, stoats and possums. The long-tailed bat has declined in number and is now so rare that it’s unclear how many are left.

“They’re really an essential part of our ecosystems and we need to make sure that we protect them as much as we can,” said Paris, who is known as “New Zealand’s Batman.”

Summer Gleeson, a science communicator and conservationist in New Zealand’s capital, Wellington, said that while her favored candidate — the rifleman, or titipounamu, New Zealand’s smallest bird — came in third, it was a good year for bird representation overall.

“I was really pleased this year that in the top 10 there were three seabirds: two penguins and an albatross,” said Gleeson, who is not affiliated with the contest.

On Monday, at least some of the bat’s competitors conceded graciously, including the antipodean albatross, which came in fifth.

“Of all the not-birds that could have won #BirdoftheYear,” the bird’s campaign said on Twitter, “I’m happy it’s you.”