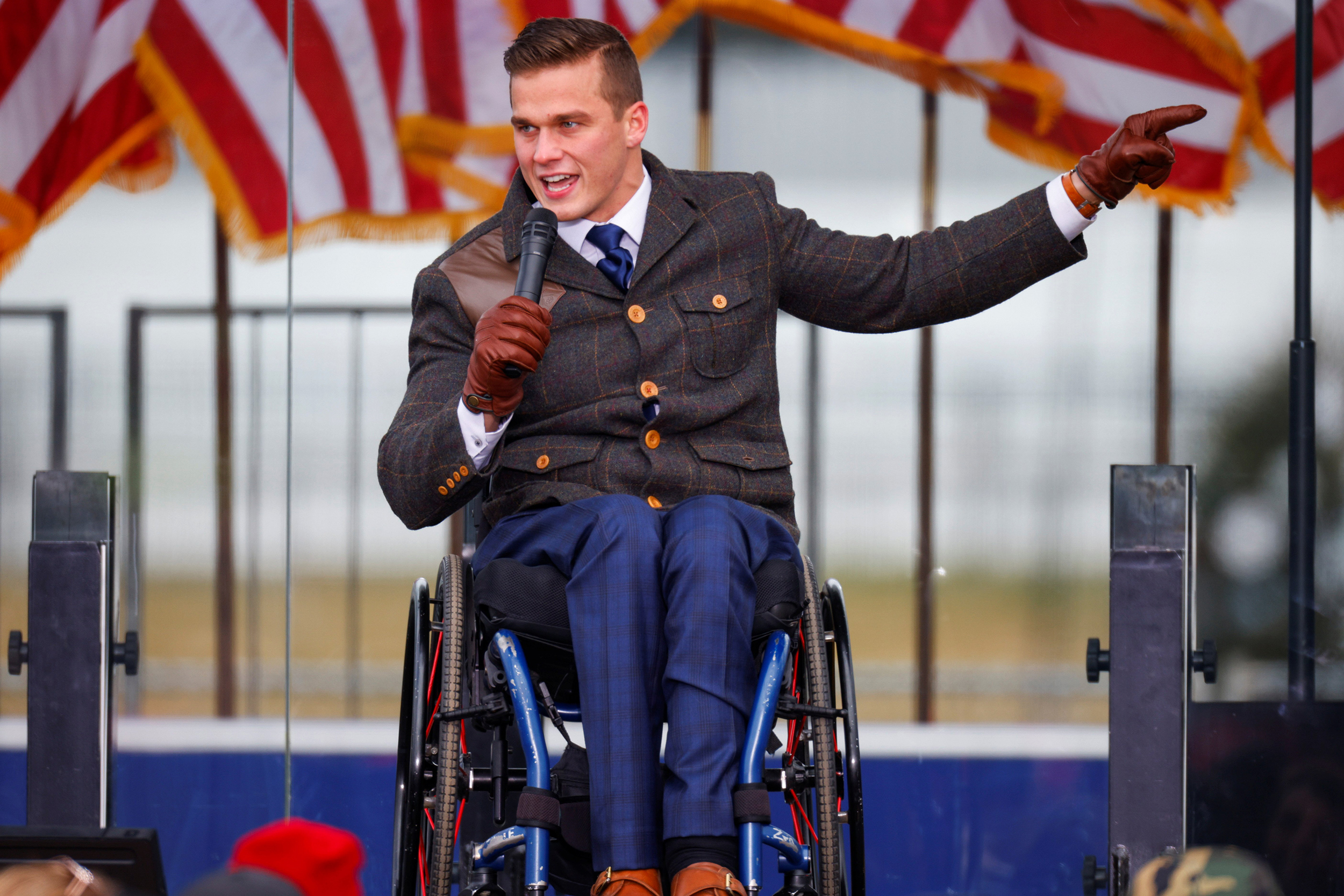 For far-right congressional Republicans, the initial assessment of Jan. 6 rioters was that the Capitol attackers might’ve been secret liberals who were merely pretending to be part of a pro-Trump mob. By the spring, these same GOP voices suggested the insurrectionists were simply misunderstood — with one going so far as to compare the rioters to “tourists.”

The clumsy evolution took an unsettling turn over the summer, with some of the most extreme members of the House Republican conference — Georgia’s Marjorie Taylor Greene, Florida’s Matt Gaetz, Arizona’s Paul Gosar and Texas’ Louie Gohmert — going so far as to describe those who attacked the Capitol as “prisoners.”

As Talking Points Memo noted yesterday, one House Republican has advanced this line of argument in unsettling ways.

Rep. Madison Cawthorn (R-N.C.) mused about busting Jan. 6 “political hostages” out of government custody at a raucous Macon County Republican Party meeting Sunday. Responding to a question about how he would support the people who were “captured” on Jan. 6, Cawthorn began by calling them “political hostages” then said that one problem was that he wasn’t sure exactly where they were being held pending trial.

The 26-year-old North Carolina Republican, just seven months into his congressional career, held a shotgun during part of his appearance at the local event, and publicly mused about freeing suspected Jan. 6 criminals and possible efforts to “bust them out.”

When someone in the audience asked, “When are you going to call us to Washington again?” Cawthorn replied, “We are actively working on that one.”

In case this weren’t quite enough, NBC News also reported that the GOP congressman, at the same gathering, promoted false claims about election fraud in the most needlessly provocative ways possible.

“The things that we are wanting to fight for, it doesn’t matter if our votes don’t count,” Cawthorn said. “Because, you know, if our election systems continue to be rigged, and continue to be stolen, then it’s going to lead to one place, and it’s bloodshed.”

As those familiar with reality already know, elections systems in the United States are not “rigged.” Elections in this country have not been “stolen.” There is no need for “bloodshed.”

And yet, there was an elected member of Congress, peddling this radical nonsense in public anyway.

Cawthorn went on to say, while pushing for an unspecified new election laws, “I will tell you, as much as I am willing to defend our liberty at all costs, there is nothing that I would dread doing more than having to pick up arms against a fellow American.”

Given the disturbing nature of such comments, Jon Favreau, a former speechwriter in the Obama White House, wrote yesterday, “Madison Cawthorn should be expelled from Congress over this.”

He wasn’t alone in his criticisms. Republican Rep. Adam Kinzinger of Illinois published a tweet overnight that said, in reference to the North Carolina congressman, “This is insane. Based on a total lie. This must stop.”

One wonders whether anyone in the House GOP leadership agrees.