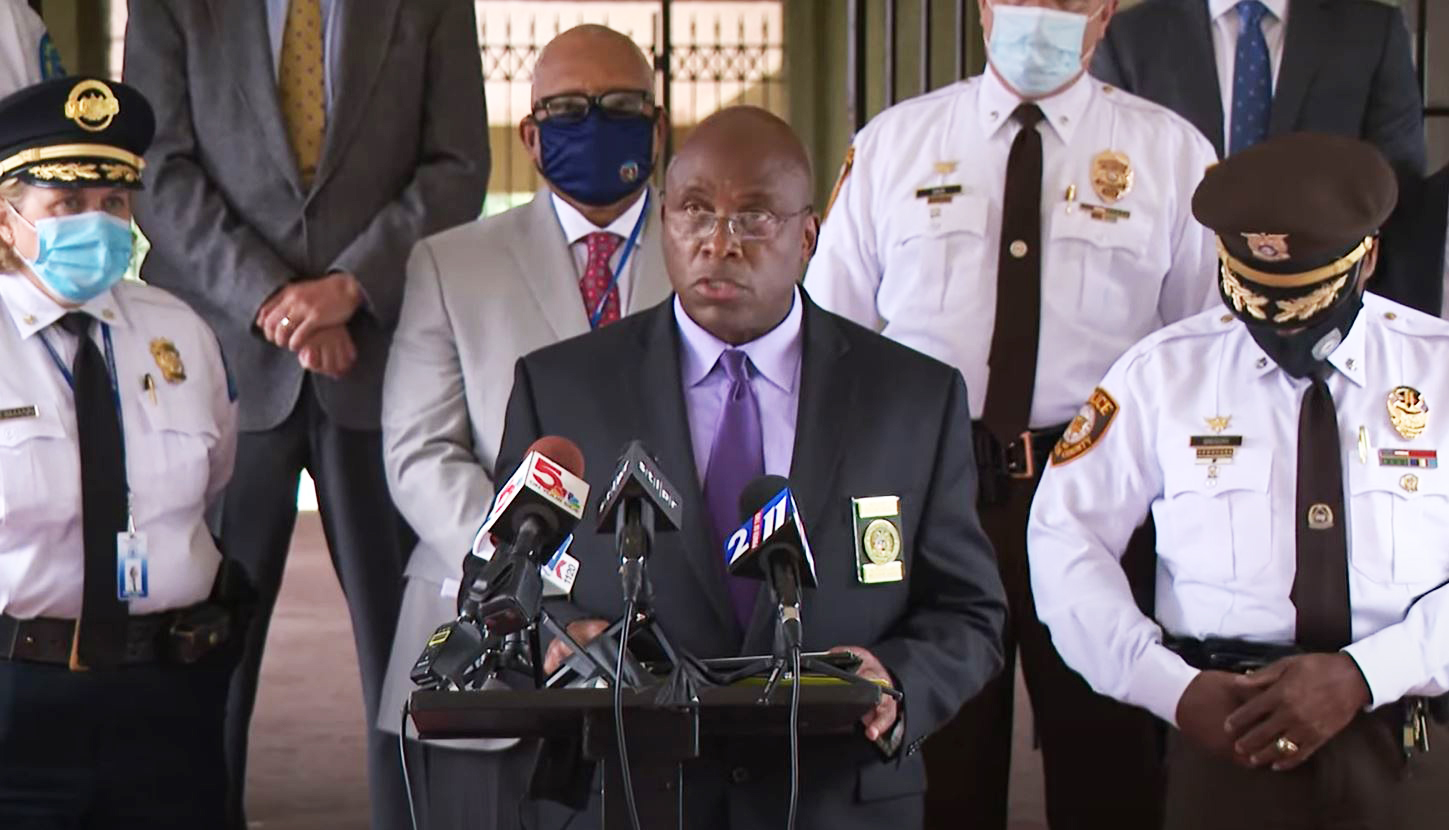 A man believed to be behind as many as six murders and several shootings in St. Louis and Kansas City, Kansas, has been arrested, multiple police sources told NBC affiliate KSDK.

Perez Reed is suspected in two homicides and a shooting in the Missouri city, as well as two killings in St. Louis County, all in September, the news station reported, citing the sources.

He allegedly used the same gun, a .40-caliber Smith & Wesson pistol, in those cases, according to the police sources.

They said investigators obtained other evidence that allegedly connects Reed to two deaths in a Kansas City, Kansas, high-rise apartment in late October, KSDK reported. The sources did not specify what that evidence was.

The victims were mostly women, some of whom were involved in sex work. Other victims were known to dress as women, according to KSDK. And some victims did not fit into any type of pattern, the news station reported.

An arrest came after police in Kansas City called authorities in St. Louis following the two apartment shootings in late October, where a man and woman were found dead in separate units in the same complex, according to KSDK.

Police connected the suspect’s cellphone to an Amtrak ticket from Kansas City to St. Louis, the news station reported. FBI agents followed him on that train ride, then onto a bus. Reed, 25, of Bellefontaine Neighbors, Missouri, was arrested after getting off the bus in Independence, Missouri, on Friday, according to KSDK.

He was charged with a federal count of transporting firearms across state lines with the intent to commit a felony after he was found with the alleged murder weapon and shoes that matched evidence found at the crime scenes, police sources told the news station.

He is being held at a federal holding center with bail set at $2 million.

The motive behind the string of attacks is not yet known.

Authorities are scheduled to discuss the case Monday during a 3 p.m. press conference in St. Louis County.

The Kansas City, Kansas, Police Department said they could not confirm details of Reed’s case.